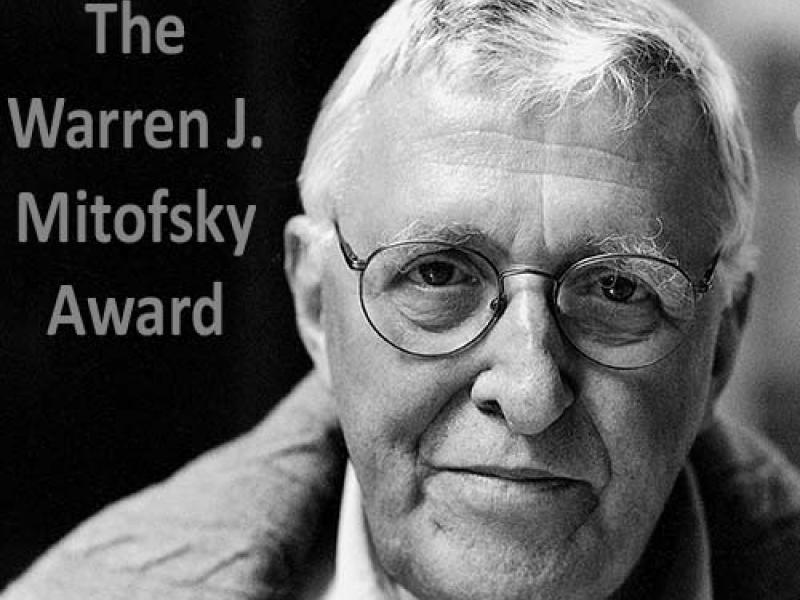 The Mitofsky Award honors important work on public opinion and/or survey methodology that has been accomplished, published, or presented at a professional conference. Nominees can include recent work or past work that continues to have a significant impact on our understanding of public opinion. Nominations can be made for a specific project, innovation, conference paper, article or book, or for a larger body of work by a researcher or practitioner. Special consideration will be given to work that is based on data obtained directly from the Roper archives. The award honors the life and work of the late Warren J. Mitofsky, an innovator in survey research and longtime chair of the Roper Center for Public Opinion Research board of directors. The 2016 Mitofsky Award winner was noted public opinion scholar, author, and mentor, James Stimson, who is the Raymond Dawson Professor of Political Science at the University of North Carolina. In 2015 the winner was Daniel Yankelovich, an American public opinion pioneer, and in 2014 it was Andrew Kohut, preeminent public opinion pollster and founding director of the Pew Research Center. Previous Mitofsky Award winners also include political science professors Adam Berinsky of MIT and Eric Schickler of Berkeley; NORC Senior Fellow Norm Bradburn; political scientist John Mueller; health policy authority Robert Blendon; sociologist Robert Wuthnow; General Social Survey originator, James Davis; and media pollster Kathleen Frankovic. Anyone can make a nomination (including self-nominations) by submitting a statement that includes the full citation of the work(s), a brief description of the work's significance and impact, and any connection of the nominee to the Roper Center's public opinion data archives such as a contribution to the archives or use of the archives for research or other purposes. For full consideration, nominations must be received by March 31, 2017. Please send nominations to Diane Bowers, the Chairman of the Mitofsky Award, at diane.bowers@insightsassociation.org .