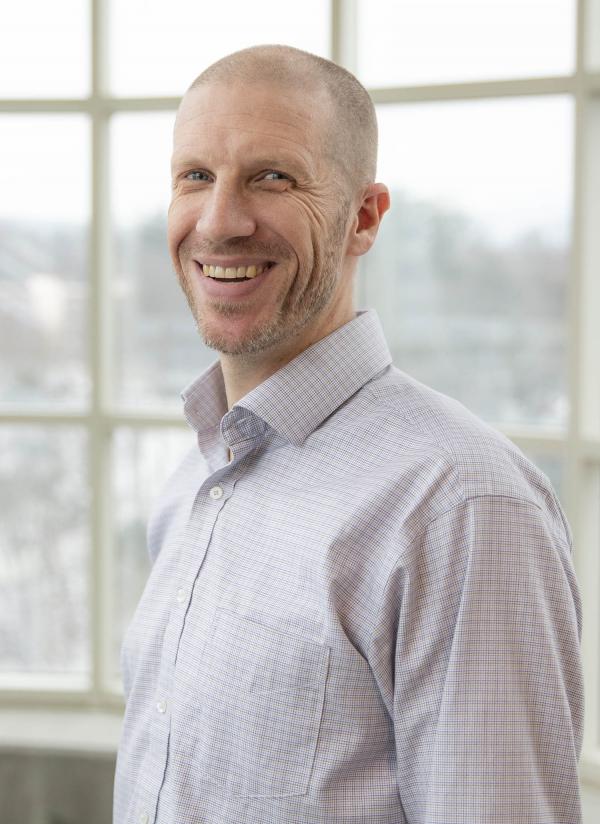 Peter K. Enns is a Professor in the Department of Government at Cornell University and Executive Director of the Roper Center for Public Opinion Research. He is the author of Incarceration Nation: How the United States Became the Most Punitive Democracy in the World and editor (with Christopher Wlezien) of Who Gets Represented? His research has been funded by the National Science Foundation and the Russell Sage Foundation and has appeared or is forthcoming in journals such as the American Journal of Political Science, British Journal of Political Science, Journal of Politics, Perspectives on Politics, Political Behavior, and Public Opinion Quarterly. Peter received his PhD in political science from the University of North Carolina at Chapel Hill and his undergraduate degree from Colorado College. Prior to graduate school, he taught high school for three years in Baltimore, MD, through Teach for America. Email Peter. 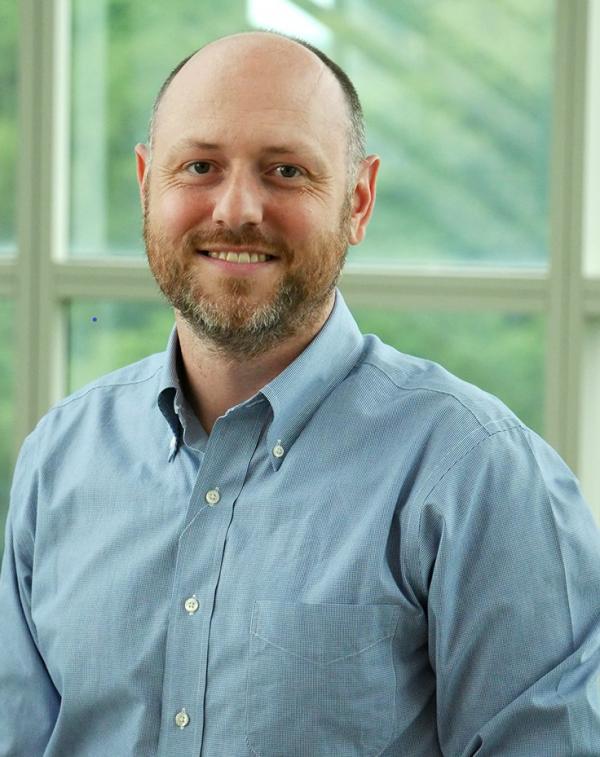 Jonathon P. Schuldt is an Associate Professor of Communication at Cornell University and Interim Executive Director (2021-2022). His research examines the intersection of environmental communication, social psychology, and public opinion, and has been funded by the National Science Foundation and the Environmental Defense Fund. His work has appeared in journals including Proceedings of the National Academy of Sciences, Public Opinion Quarterly, Nature Climate Change, and Energy Policy, and he is co-author (with Anne Armstrong and Marianne Krasny) of Communicating Climate Change: A Guide For Educators. Jonathon received his Ph.D. in Social Psychology from the University of Michigan–Ann Arbor and his Bachelor's degree from Cornell University.  Email him here. 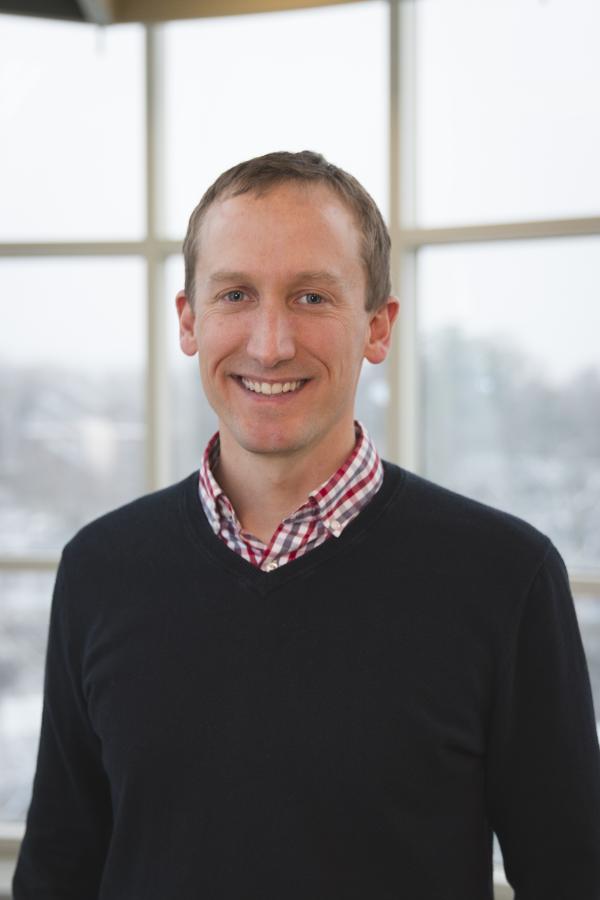 Brett Powell is the Associate Director of the Roper Center. His many years of marketing experience include serving as Senior Director of Marketing and Fan Experience at International Speedway Corporation at Watkins Glen International and as Director of Business Development and Client Services at the marketing and communications firm Howell Liberatore & Associates, Inc. In 2015, Powell was recognized on the Central New York Business Journal’s 40 Under 40 list. Brett has been an adjunct professor at the Roy H. Park School of Communications at Ithaca College as well as Corning Community College and holds an MS in Experimental Psychology from Saint Joseph’s University in Philadelphia. Email Brett. 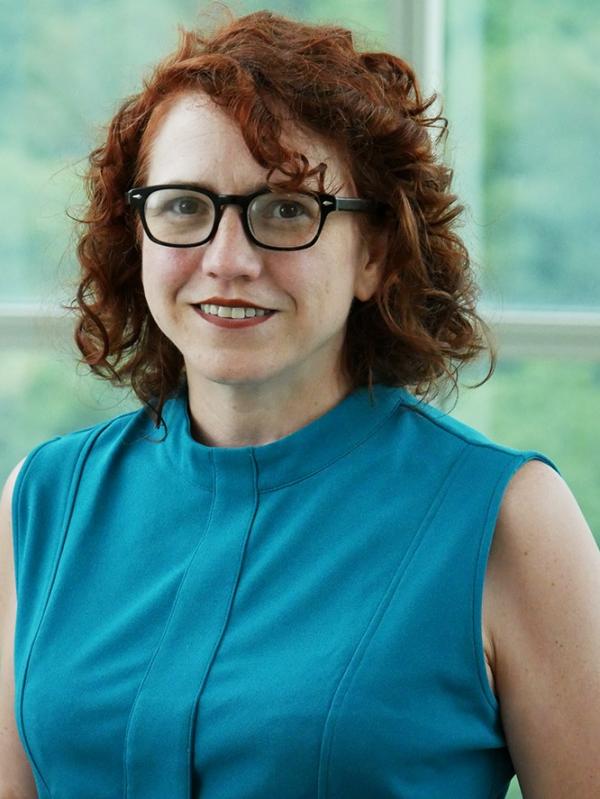 Kathleen Weldon is the Director of Data Operations and Communications at the Roper Center. She joined the Roper Center in 2014 as Research Coordinator. Kathleen manages data provider relations, oversees the data curation process, plans archival development, and works closely with the IT development team in building new user tools. She also uses the Center’s rich data collection to write overviews of the history of public opinion on a wide range of topics for the Roper website and Huffington Post. A graduate of Wesleyan University with a BA in English, she started her career in public opinion at Harvard University designing surveys with media and foundation partners. Email Kathleen. 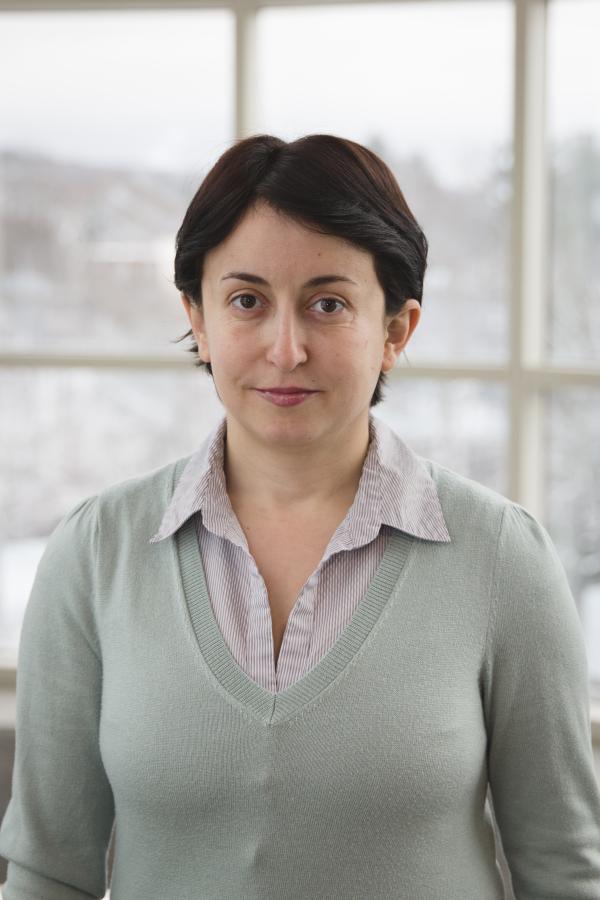 Anna Arzrumtsyan is a Data Curator at the Roper Center. She works closely with the other members of the data team to process, maintain and share various datasets. Anna previously worked at the Center for Geographic Analysis at Harvard University on a variety of GIS projects. Anna has an MA in Library and Information Science from St. John’s University, and an MA in Geography (Geographic Information Science) from SUNY Albany. Email Anna. 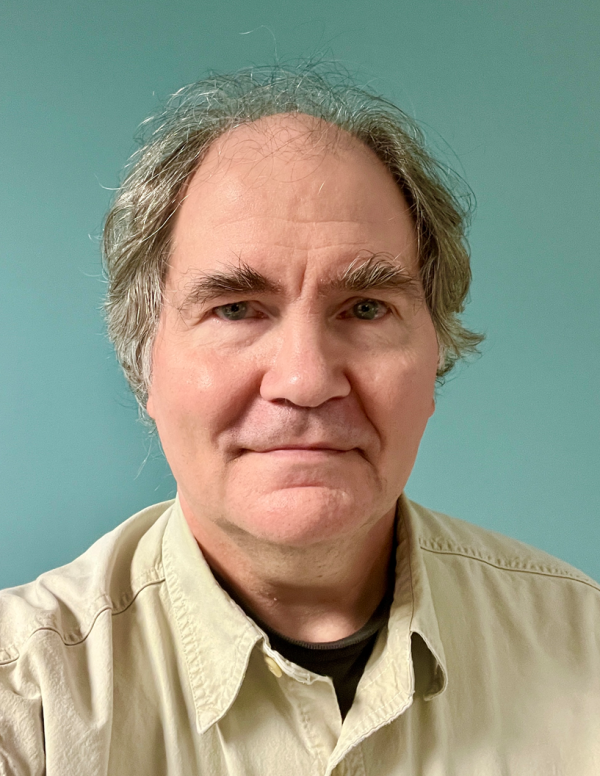 Erik Bjarnar is a Preservation Assistant at the Roper Center, working with other staff members on the organization of materials for an archiving and scanning project. He has a background in databases, filing folders and publications, and conducting telephone surveys, among other vocations. Other interests include acting, writing, movies, and day trips around the area. 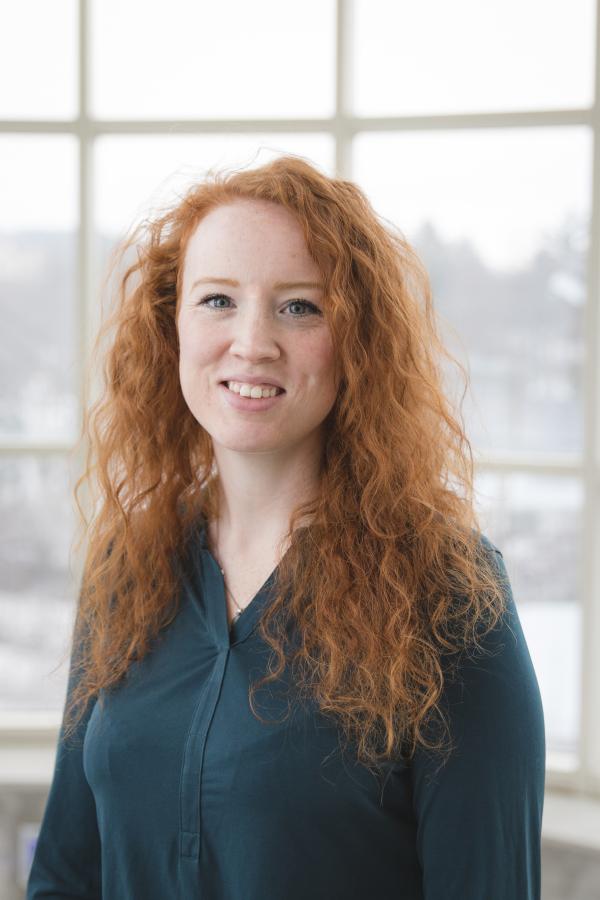 Alexis Bortle is the Membership Coordinator for the Roper Center. As a seasoned sales, business development, and marketing professional, Alexis is experienced in the development of strategic communications and events for both the private sector and nonprofit organizations. A former journalist, Alexis has a deep relationship with her Tioga County community and is an active volunteer with several organizations, including the Bridge of the Penn-York Valley Churches and the Muscular Dystrophy Association. She currently holds a BA in Corporate Communications from Lycoming College. Email Alexis. 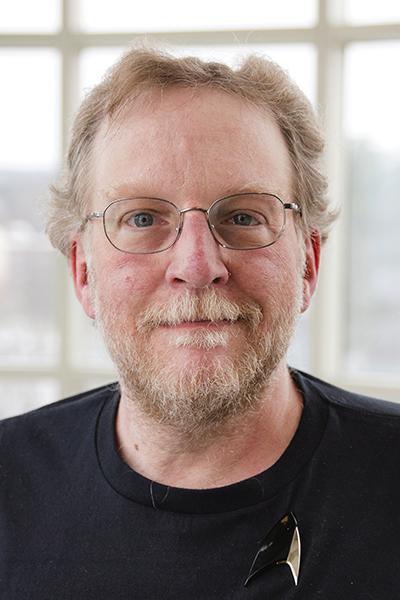 Carl Brown is the iPOLL Acquisitions Manager. He has been with the Roper Center since 1999, and currently collects and prepares new polls for entry into the iPOLL system and selects poll questions for our daily Twitter and Facebook feeds. He previously worked on the JPoll system of Japanese poll questions and prepared Elmo Roper’s papers at the Dodd Center at the University of Connecticut. He has a BA in Modern European History and an MA in American History from the University of Connecticut. Email Carl.

Joseph Burgess is a Data Curator at the Roper Center. He works closely with the other members of the data team to process, maintain, and share various datasets. Joseph currently holds a BA/BS in American Studies and Sociology from Creighton University. He previously worked in politics and election administration in and around Upstate NY. Email Joseph. 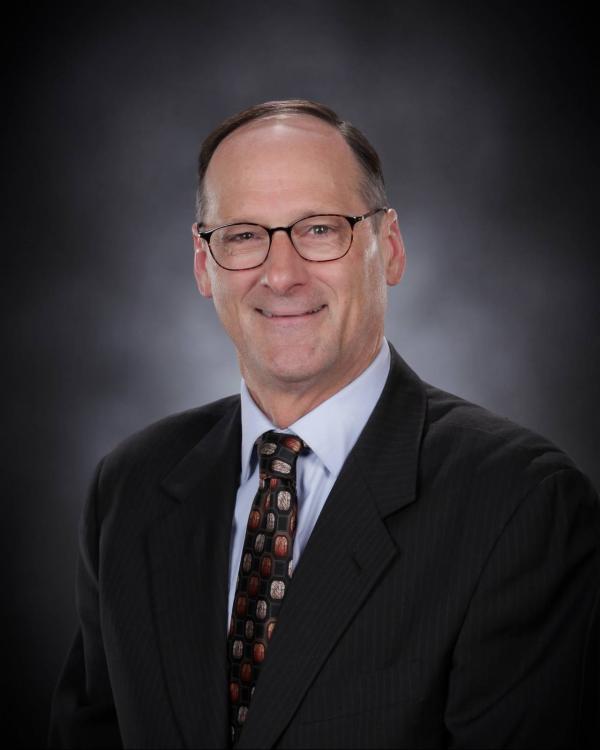 Jody Enck is a data curator for the TESS project at the Roper Center.  He works closely with other members of the data team to process and maintain data sets.  Previously, he conducted social science research to inform conservation decision-making by various state and federal agencies as well as environmental education programs across the country.  Jody holds a Ph.D. in natural resource policy from Cornell University. 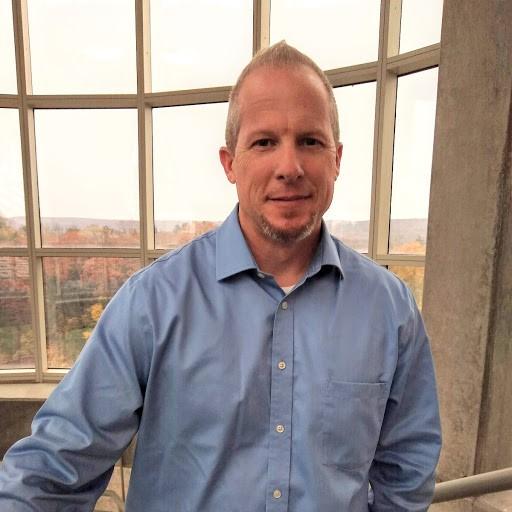 Will Hall is a Systems Administrator at the Roper Center.  Skilled in server and database administration, web development, and application analysis, he has worked as a technology professional for a Fortune 500 company and consulting firms. Prior to Roper, he worked in the financial industry in IT Operations.  When not finding solutions to technical problems he enjoys playing hockey, snow/water skiing, and fishing in the Finger Lakes.  He currently holds a BA in Psychology from Syracuse University, as well as multiple technical certifications. 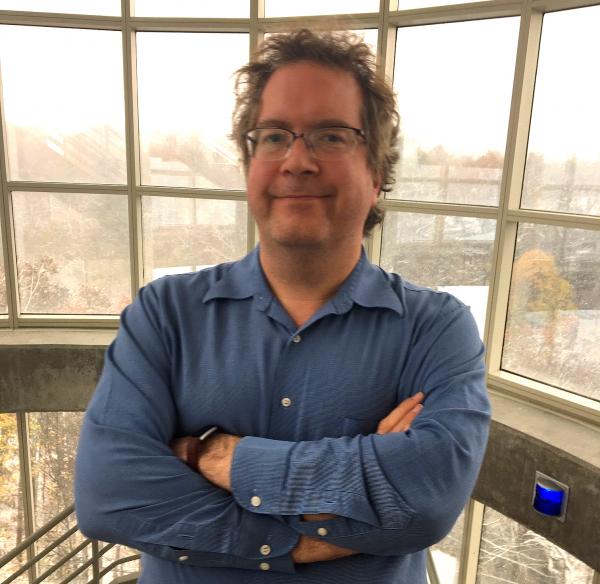 Paul Houle is an Applications Programmer at the Roper Center.  Paul has been a developer, sys admin, and DBA for hundreds of web sites, including the Cornell University Library, local web design firms, and others.  Paul helps put advanced technology applications (e.g. neural networks) in front of customers.  At times he has been focused on sales automation, semantic web, and model-based approaches to software development.  He serves on a committee that develops tools to help users understand the ISO 20022 financial messaging standard.  Paul completed a B.S. in Physics and Mathematics at the New Mexico Institute of Mining and Technology and a Ph.D. in Physics from Cornell. 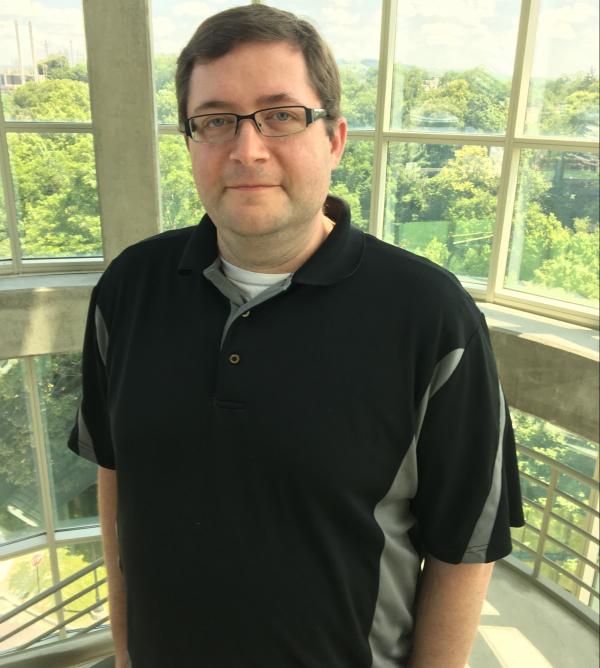 Josh is an Applications Programmer for the Roper Center. He is responsible for designing and implementing software systems to support the goals and vision of the Center. He previously worked on retirement software for a financial institution. He is a graduate of the Rochester Institute of Technology with a BS in computer science. Email Joshua. 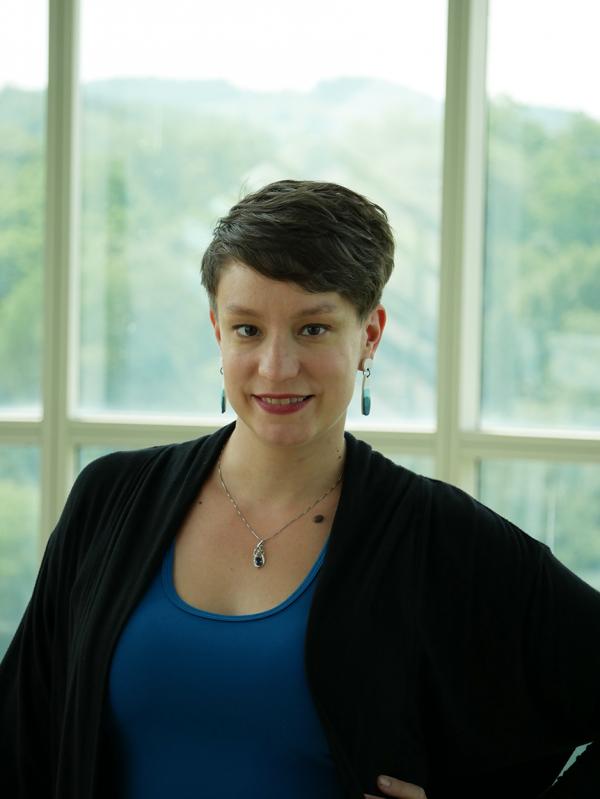 Bethany joined the Roper Center team as Project Director after working at Excellus Blue Cross Blue Shield on technology modernization projects. Prior to Excellus Blue Cross Blue Shield, she assisted her employers in building production support departments, creating new products and with business development. Bethany will be using her past experience to help the Roper Center create a new data portal with a focus on health. Email Bethany. 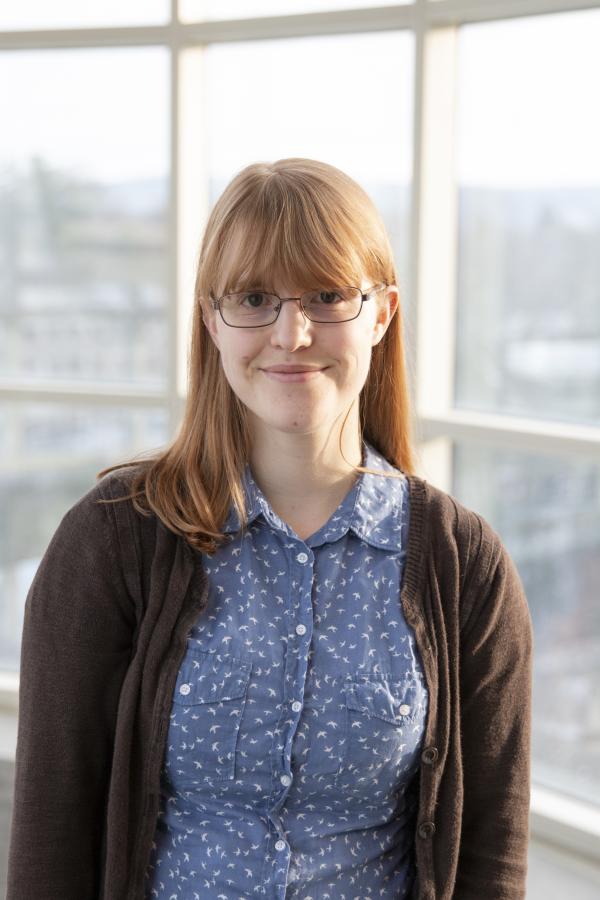 Kelsie Norek is a Data Curator at the Roper Center. She works closely with the other members of the data team to process, maintain, and share various datasets. Kelsie currently holds an MA in Psychology from the University at Buffalo. Email Kelsie. 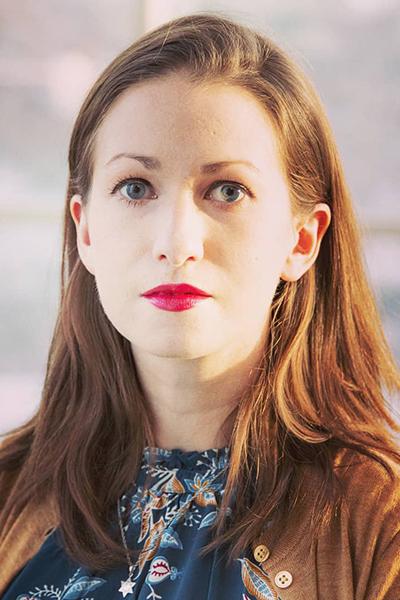 Jessica Riggs is a Data Curator at the Roper Center. She works closely with other members of the data team to process, maintain, and share various datasets. Jessica previously worked at the National Data Archive on Child Abuse and Neglect as well as Cornell University Library. She currently holds a BS in Human Development from Cornell University and an MS in Library and Information Science from Syracuse University. Email Jessica. 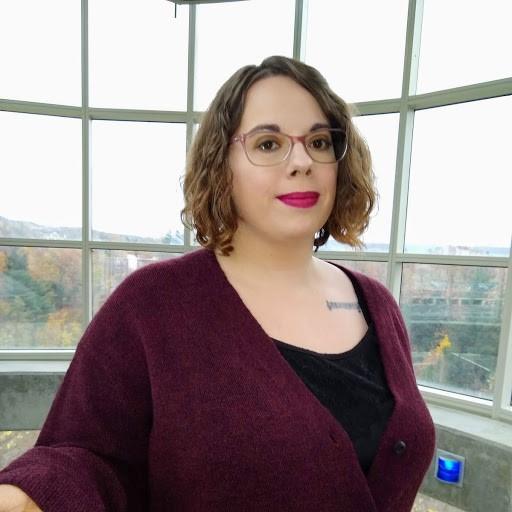 Meg Ross is the Administrative Assistant for the Roper Center. She handles the day-to-day needs of the Roper staff and student workers, as well as assisting with marketing and member relations, financial administration, and planning events both on- and off-campus. Meg's previous work has provided her with a strong and varied background in customer service and success. She currently holds a BA in Creative Writing from SUNY Oswego. 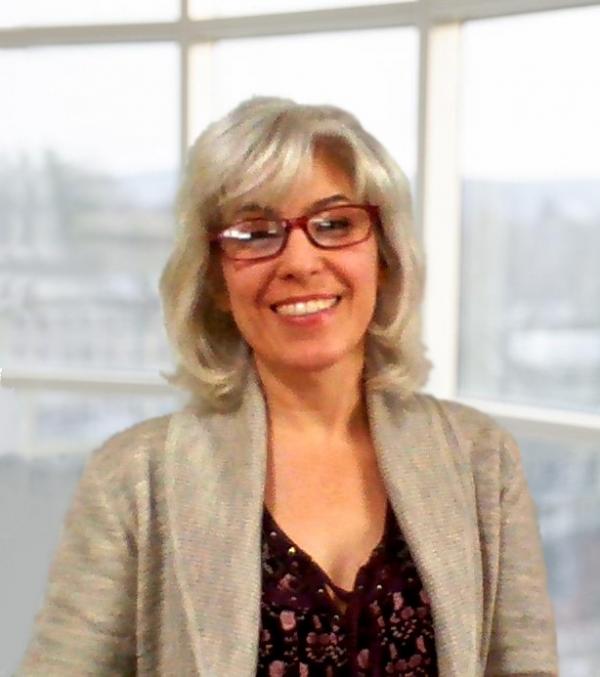 Renee Santoro is a Data Curator for TESS at the Roper Center. She works closely with the other members of the data team to process, maintain and share various datasets. Renee currently holds BS in Environmental Science from the Cornell University. 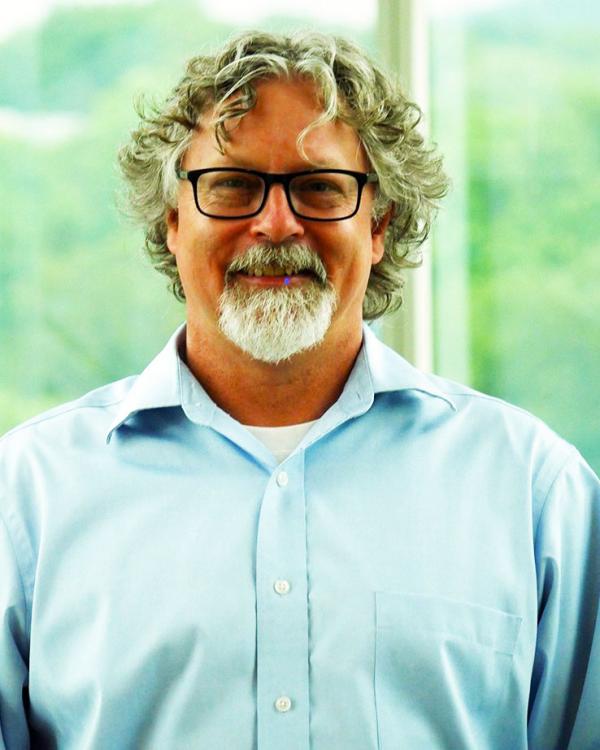 Henry Smith is the Marketing Coordinator for the Roper Center.  Most recently with Autodesk, Inc. (NASDAQ ADSK), he supported subscription sales and marketing in the Manufacturing and AEC markets. As a marketing consultant, he specializes in direct response marketing campaigns, eNewsletters, and customer case studies. Outside of work, you will find him exploring Ithaca with his family and a fly rod, or sampling the local Finger Lakes wines. He is a graduate of Syracuse University with a dual major in English and Education. Email Henry. 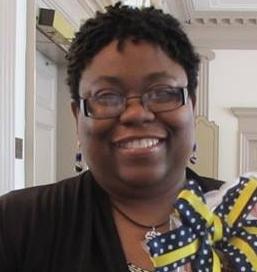 Shavon Stewart is a data curator with the Roper Center. She brings her previous work with Dryad Digital Repository to this position. She currently holds a MS in Library and Information Sciences from the University of North Carolina at Greensboro and a BA in History from North Carolina A & T State University. 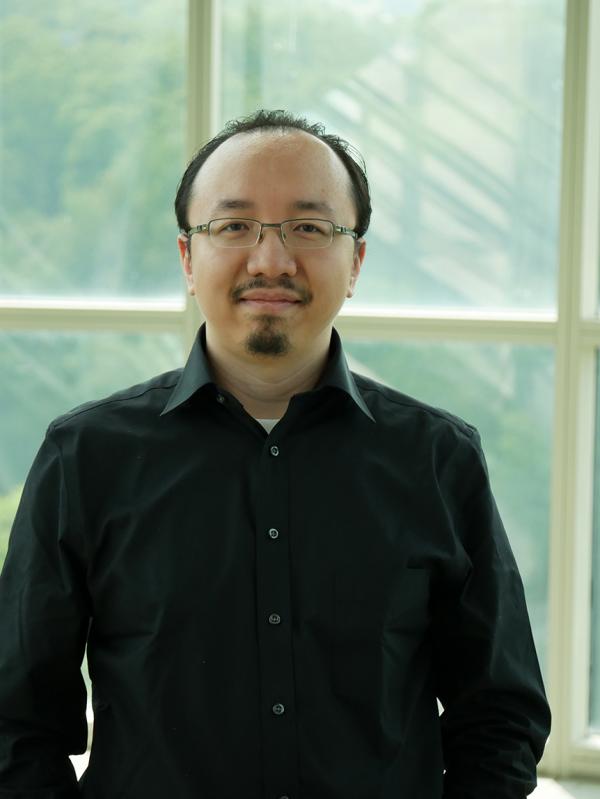 Gene Wang is the lead software engineer at the Roper Center. He is responsible for coordinating and planning technical projects at Roper, as well as designing and implementing software systems to support the goals and vision of the Center. Prior to Roper, Gene spent three years as a developer and technical lead at a software company in the retirement industry. He currently holds a BS in Mathematics and Computer Science from the University at Buffalo. Email Gene. 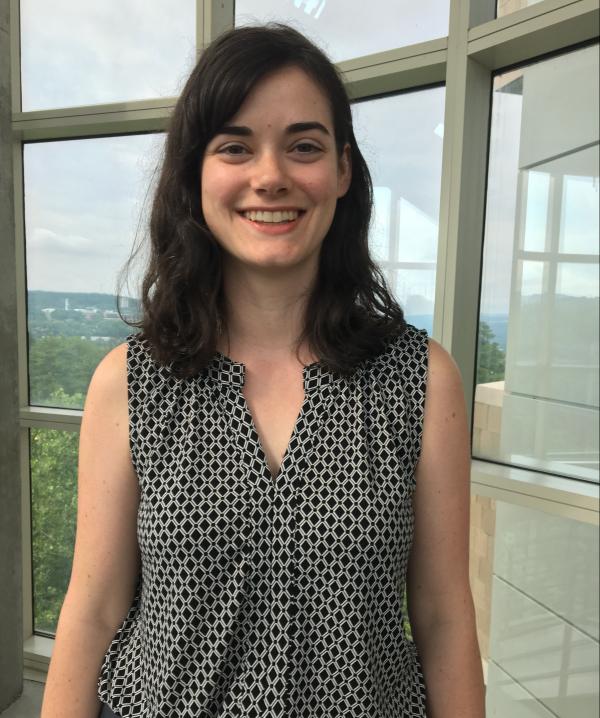 Sarah Wolfe is a Data Curator at the Roper Center. She works closely with the other members of the data team to process, maintain, and share various datasets. She currently holds a BA in Psychology from SUNY New Paltz. Email Sarah.