George E. Marcus With appreciation for over twenty years of service advancing the Center's archiving and educational goals 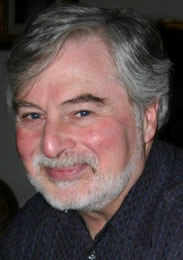 It is with esteem and the greatest appreciation for over twenty years of service, that the Roper Center for Public Opinion Research honors George E. Marcus for his exceptional dedication and outstanding leadership, and for advancing the Center's archiving and educational goals into the 21st Century. Dr. Marcus, Professor of Political Science at Williams College, stepped down from the Roper Center Board of Directors in November 2008, leaving after serving two years as its Chairman and seven years as Vice Chairman. In the 1980s Dr. Marcus initiated and directed the Roper Center's Public Opinion Summer Program for Journalists. In 1994 he was part of the Committee that spurred the expansion of what is now the iPOLL search engine that is the gateway to the Roper Center's Archive. He was later actively involved in the nomination of new Board members, and he served as a member of the Director Search Committee. During the last three years, Dr. Marcus served chaired the Strategic Planning Committee that has helped put the Center on its firm grounding today. The Roper Center Board of Directors honors Professor George Marcus for his service to advancing the goals of the enterprise and for his efforts to propel the Roper Center into the years ahead.