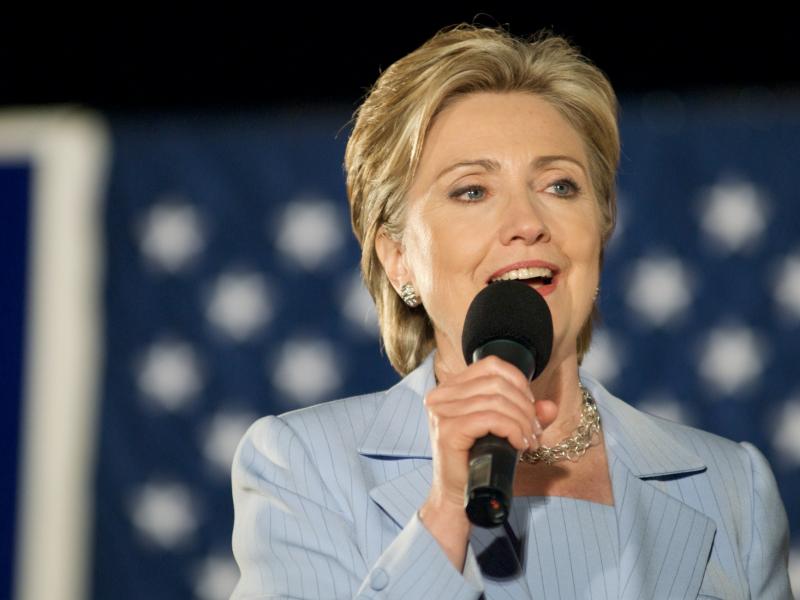 As the front runner in the Democratic primary, Hillary Clinton has already come closer than any other woman to becoming President of the United States. From the earliest days of public opinion research, polls have been documenting the country’s shift from rejection to skepticism to acceptance of the idea of a woman president. Changing public attitudes on female candidates for president, from the Roper Center for Public Opinion Research archive:

Public willingness to vote for a woman

In 1937, the first time the public was asked by Gallup about its willingness to vote for a female president, the question included the caveat “if she were qualified in every other respect.” Gallup removed that phrase, with its implications, and tried a new version in 1945, asking, “If the party whose candidate you most often support nominated a woman for President of the United States, would you vote for her if she seemed best qualified for the job?” The results remained the same, with about one-third saying yes.

In 1948, the country was split on a new version of this question, which identified the woman candidate as qualified, but not “best” qualified. The final wording became settled in 1958 and has been asked repeatedly since. Large gains were made over the 1970's and the proportion answering yes has continued to rise, reaching 95% in the most recent poll.

Americans may say they are willing to vote for a woman, but when asked to assess the willingness of others, people have not been as optimistic about women’s chances of winning the presidency. In 1984, when NBC asked likely voters if they were ready to elect a woman president, only 17% said yes. Substantial shares of the population have remained skeptical, though the most recent poll found the lowest proportion who believe the country is not yet ready.

The 20% saying the U.S. isn’t ready to elect a woman president is similar to the proportion who said the same about an African-American president in an August 2008 Los Angeles Times/Bloomberg poll. Earlier polling indicated that a plurality of Americans once believed a female president was likely to be elected before a black president.

Questions asked during the 2008 primary season showed differing attitudes about the relative obstacles in becoming president. In a June 2008 CBS poll, 46% of registered voters said a woman faced greater obstacles than a black man, 32% said a black man did.

Willing – but not excited

Although the majority of Americans now say they are willing to vote for a woman, less than one-third express enthusiasm for doing so, and about one in seven people still express some reservations.

The potential to be the first female president does not seem likely to help Hillary Clinton with voters. In an April 2015 Bloomberg poll, 12% of the public said the idea of electing the first woman president made them more inclined to vote for Clinton, and 4% said they were less inclined; 83% said it didn’t matter much.

Over the years, polls have tried to capture how Americans perceive gender differences in politics. In a 1971 poll, men and women largely agreed on how a female president might differ from a male president. Solid majorities of both expected that a woman president would be more sympathetic to the problems of the disadvantaged and do a better job of supporting arts and culture.

Smaller majorities agreed that a woman president might have a harder time dealing with crime and the economy. Roughly half thought the physical toll of the job might prove harder on a woman. Under four in ten thought a woman president would be more principled than her male counterpart.

In 1987, solid majorities of Americans said that women would do an equally good or better job carrying out the responsibilities of political office from school board to U.S. Senate. But only 57% said so about the presidency, compared to 31% who said a woman would do a worse job, indicating that the presidency was still seen as substantially different from other political offices.

Attitudes about women’s emotional suitability for politics have changed over the decades that Americans have declared their willingness to vote for female candidates. Three-quarters of the public now disagree with the proposition that men are better suited for politics, while only 19% agree.

While the vast majority of Americans now say they would vote for a female candidate, ongoing perceptions about emotional suitability among a fifth of the public remain a significant obstacle. In presidential politics, where differences in enthusiasm translate to differences in turnout, and where small margins can make the difference between victory and defeat, lingering reservations about a woman president can have a profound impact.