None of the Above: Polling and Third-Party Candidates 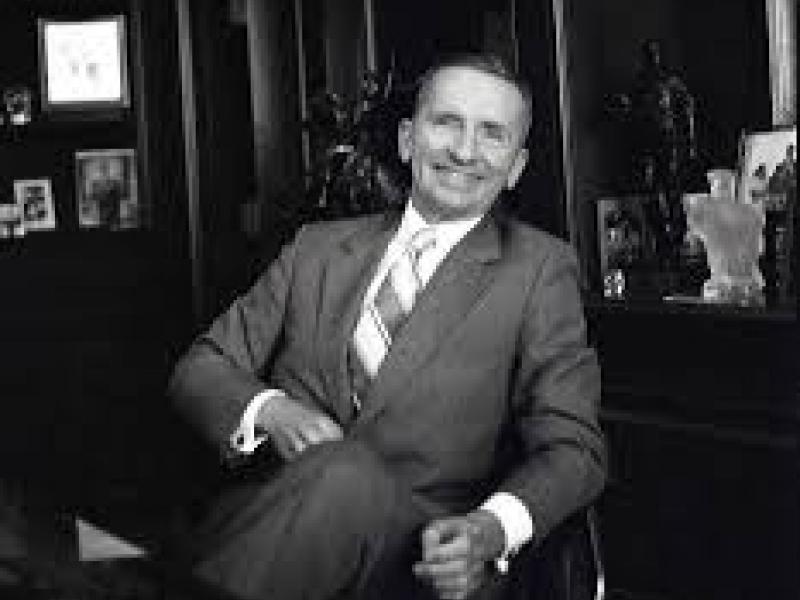 Another election, another chance for a third-party campaign to draw away voters from a major party candidate and effect the election outcome. Maybe.  Some wonder if, with a divided Republican party on the right and some possible holdouts from the Sanders campaign on the left, the campaigns of Jill Stein or Gary Johnson might have more serious repercussions than those of other minor-party candidates. But the history of third-party candidate performance in polling and the returns indicates that the impact of these campaigns is likely to be limited to a few states, and polling is likely to overstate third-party support.

Some of the most interesting American third-party campaigns – like those of Socialist Eugene Debs and the most successful third-party candidate in U.S. history, former president Theodore Roosevelt – predate the polling era. After the advent of polling in the 1930's, the 1948 election was the first to include third-party candidates that drew significant support. A reborn Progressive Party nominated former FDR vice-president and cabinet member Henry Wallace, and Strom Thurmond headed the States’ Rights Democratic Party, formed in opposition to President Harry Truman’s growing support of civil rights. The last national Gallup poll in October had Wallace at 3% and Thurmond at 2%, and they received 2.37% and 2.41% of the vote respectively—a close match, even in a year infamous for forecasting failures when pollsters stopped field work too soon to catch last-minute shifts. Third party support did have regional influence. Thurmond received 39 electoral votes by carrying four Southern states, a sign of the regional nature of his appeal. This pattern of low overall third-party voting with decent regional showings would be repeated two decades later.

In 1968, the Democratic Party again split, with George Wallace’s American Independent Party forming to protest the Democrats’ opposition to segregation. Wallace got 13.53% of the popular vote, winning five Southern states and 46 electoral votes. He received almost ten million votes, nearly a third of the totals of either Richard Nixon or Hubert Humphrey. Nixon won 301 electoral votes to Humphrey’s 191, despite their vote totals being only 0.7% apart, so the support Wallace received outside the South may well have been an important factor in deciding the outcome. He received over 10% of the vote in eighteen states he did not win, including three where he received over 30%. Wallace’s 13.53% national support actually slightly under performed his final polling numbers, as an October Gallup poll had him at 17%. Wallace would be the penultimate third-party candidate to get more than 10% of the vote, and the last for nearly three decades.

The next notable third-party campaign came in 1980 with John Anderson’s Independent bid after his failed Republican primary effort. Positioning himself as a more practical alternative to George H.W. Bush’s economic policies, Anderson won 6.61% of the electorate, nearly six million votes, but only broke 10% in nine states. In contrast to third-party candidates in 1948 and 1968, most of Anderson’s strongest support came from New England. Anderson under performed his polls. An NBC/AP poll in October had him at 10%, well above the 6.6% he actually received. Even so, only one third-party candidate has bettered those totals since.

Ross Perot was the last third-party candidate to garner substantial support. His deficit reduction and anti-free-trade economic policies formed the centerpiece of his 1992 campaign. In June polls from Harris and Gallup he led Bush and Clinton with a high of 38% support. His popularity suffered after a bizarre exit-from-and-reentry-to the race starting in July and lasting several weeks. His polls never recovered. By the final ABC poll in early November, Perot’s support had dropped to 18%, which almost exactly matched his final vote percentage of 18.91%. He received just under twenty million votes, but despite some claims to the contrary, exit polls show that he drew fairly equally from Bush and Clinton. Perot ran again as the Reform Party’s candidate in 1996 and got 8.4% of the vote, close to the findings in a November US News survey that had him at 9%. As in 1992, exit polling suggests his support did not come disproportionately from either side.

Four years later the Green Party’s Ralph Nader became the last third-party candidate to get more than one percent of the vote. In 2000’s historically close contest between George W. Bush and Al Gore, Nader’s role was controversial. The Reform Party nominated Pat Buchanan, providing alternative candidates on both left and right, but his support fell below Nader’s. In the November Gallup/CNN/USA Today poll, Nader was at 4% and Buchanan at 1%, but both under performed their polling. Nader received 2.74% and Buchanan 0.43% of the vote. Following Bush’s 271-266 electoral victory after resolution of the disputed Florida ballot count in the Supreme Court, Nader came under criticism for having tipped the balance there. Given that the winning margin was a mere 537 votes and Nader received 97,488 votes in the Sunshine State, it is mathematically plausible that his campaign affected the final results. It should, however, be noted that other minor candidates also received over 40,000 combined votes, but were rarely blamed by Democrats for Gore’s loss.

Nader ran again in 2004 and 2008, but his impact remained minimal. Polls still overstated his eventual support. In 2004 a November Gallup poll had him at 1% and he received 0.38%, while the gap in 2008 was even more notable: he polled 5% in the final November CNN/ORC poll but got only 0.56% of the total on Election Day. He has not run since.

Pollsters often omit from their horse-race questions those minor-party candidates who are not already famous. Besides Anderson in 1980, Barry Commoner of the Citizens Party and Ed Clark of the Libertarian Party were included in the October NBC/AP poll, with each polling 1%. Clark matched that at 1.06% of the vote, but Commoner got only 0.27%. The final CBS poll in the 1988 election included options to support Ron Paul of the Libertarian Party and Lenora Fulani of the New Alliance Party. Both polled under half a percent and got the same in the actual vote, 0.47% for Paul and 0.24% for Fulani. The next Libertarian to make the polls was Michael Badnarik in 2004. He received 1% support in a September Gallup poll and only 0.32% on Election Day. In 2008 there were questions about Bob Barr of the Libertarian Party and Cynthia McKinney of the Green Party, who continued the trend of doing better in the polls than on Election Day. Barr polled 2% in the final CNN/ORC survey and McKinney less than half a percent—he got 0.4% of the final vote; she got 0.12%. Four years ago, the pattern remained the same, with new candidates Gary Johnson for the Libertarians and Jill Stein for the Greens. The final November CNN/ORC poll had them at 3% for Johnson and 1% for Stein, with the actual results 0.99% for Johnson and 0.36% for Stein.

Given the atypical dynamics of a race with two major candidates with historically-high unfavorability ratings, Stein and Johnson may be luckier this round. In the past, the third-party candidates with the most success have been ones already well-known to the public, led of course by Theodore Roosevelt. Perot was also known as a businessman before running and had even been the subject of a movie. Nader’s career as one of America’s first notable consumer activists made him familiar to many Americans. The polling and voting results show quite clearly that third-party candidates face an immense task in trying to influence the election at all. Johnson and Stein being repeat candidates could help in that regard. This election would appear to be perhaps their best possible chance to maximize both their poll numbers and actual final vote tallies. Some polls have had Johnson breaking into double digits, and Stein maxing at around half that. If these support levels were matched in the vote, both would receive support not seen since highest totals since Perot. However, the history of polling suggest both candidates are likely to under perform their polls in the final vote.

Carl Brown is iPOLL Acquisitions Manager. He has been with the Roper Center since 1999, and currently collects and prepares new polls for entry into the iPOLL system and selects poll questions for our daily Twitter and Facebook feeds. He has a B.A. in Modern European History and an M.A. in American History from the University of Connecticut.