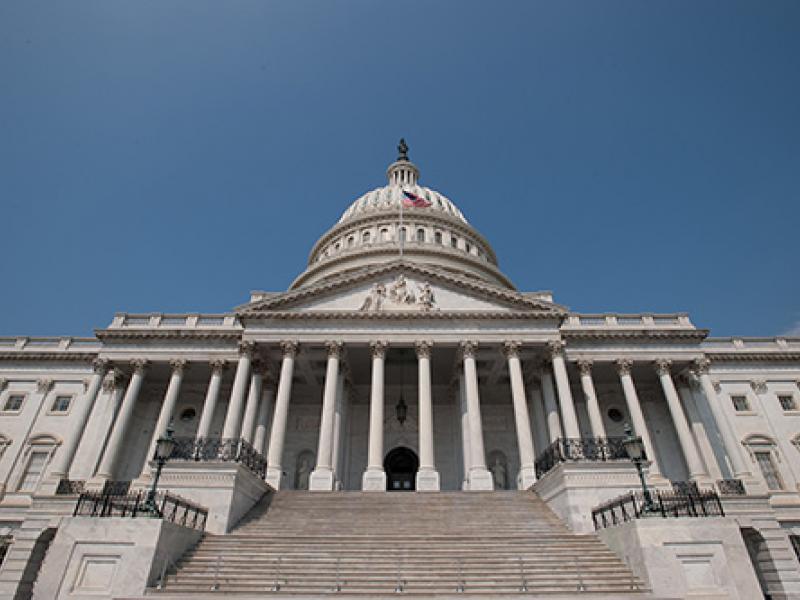 Another budget negotiation, another government shutdown? Maybe. If an agreement cannot be reached that would provide aid to Flint, MI, Senate Democrats have threatened to allow the budget year to reach an end without a continuing resolution to maintain government services. It's hardly the first time Congress has engaged in budget-related brinkmanship. Over the past two decades, there have been three major government shutdowns and several narrowly-averted crises. Public opinion polling has shown us what the American people think of these events, how they are affected - and who they are likely to blame should the government once again become closed for business.

Better to bend than to break

Unsurprisingly, the country opposes the idea of shutting down the government. In a 2013 CBS News/NYT poll, 80% of the country agreed it was not acceptable for a President or members of Congress to threaten a government shutdown during budget negotiations; an update of this poll in 2015 that mentioned only Congress found nearly identical results. About a third of Americans in a 2011 NBC/Wall Street Journal poll said there were cuts so unacceptable to them they would rather shut down the government than compromise; 61% said compromise was always preferable. In a 2015 PRRI poll, 78% of Americans said it was more important for government officials to compromise to find solutions, while just 20% said it was more important to stand on principle, even if it meant a shutdown. Republicans in an October 2013 Pew poll were equally divided over whether leaders who shared their views ought to stand by principles, even if that meant a shutdown (46%), or whether they should be more willing to compromise (46%). Democrats, on the other hand, generally preferred their leaders to compromise (67%). Independents' numbers were similar to those of Democrats. Despite the public's proclaimed fondness for compromise in the abstract, final agreements to end or avert a crisis usually include substantial policy concessions on both sides of the aisle, which could make such agreements unpopular. However, strong majorities of Americans approved of the agreement in January 1996 that ended a shutdown and the one in April 2011 that avoided another. More recent agreements to avoid shutdowns have seen the county fairly evenly split between approval and disapproval.

Just how bad is a shutdown, anyway?

Polls clearly show that the American people see government shutdowns as serious problems, though only a relatively small minority see them as crises. A hypothetical question asked by CNN/ORC in 2014 found nearly twice as many people would consider a shutdown of a few weeks to be a crisis than one of a few days.

There are those, however, who view shutdowns positively. After the 2013 shutdown, 20% of the country in a CNN poll said it had been a good thing, including 35% of Republicans, but just 10% of Democrats. A similar proportion of the total public said the same about the 1996 shutdown in an ABC/Washington Post poll at the time. In fact, a 1996 ABC News/Washington Post poll found half of Americans agreed that the shutdown had shown that many of the services the federal government provides are not essential and should be eliminated. Forty-six percent disagreed. In addition, a 2013 CBS News poll conducted in early October, 2013 found that over a third of the country believed that the government could operate effectively in a shutdown, about the same proportion who said so in January of 1996. Relatively few people report direct suffering consequences from a shutdown. Consistently low proportions of the country said they were inconvenienced by the 1996 and 2011 shutdowns in ABC/Washington Post polls. However, questions that reference not just the respondents, but the people in their families, show higher impact levels. In a 2013 NBC News/Wall Street Journal poll, 31% said they or their family been affected by the federal government shutdown in terms of employment, services, or benefits.

The economic debate over the effect of a government shutdown is generally overshadowed by the political question of who bears the blame. In the 1995 shutdown and 1998 threatened shutdown, Republicans were roughly twice as likely to be blamed by Americans for the crisis as President Clinton was. But the threatened shutdown in 2011 saw a more even distribution of blame, with Obama and Democrats in Congress blamed by a slightly higher proportion than blamed Republicans. In the threatened 2014 shutdown, a third of Americans blamed Obama, while over four in ten blamed Republicans in Congress.

Democrats and Republicans may lay the blame for a shutdown in different places, see the effects of a shutdown differently, and differ in their desire for compromise. Polls do indicate, however, Democrats and Republicans share some common ground. In a 2011 Quinnipiac poll, 74% of Democrats, 79% of Republicans and 81% of Independents supported a bill that would prohibit members of Congress and the President from being paid during or retroactively after a government shutdown. No such bill has been passed.