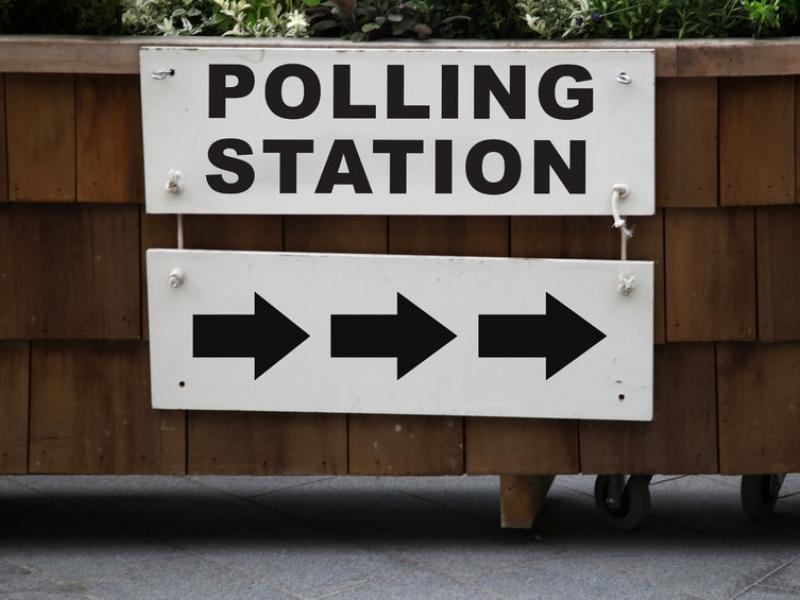 Donald Trump has claimed that illegal voting - including voting by non-citizens or people voting under assumed identities - was responsible for Hillary Clinton's popular vote win. Does the American public believe in large-scale vote fraud? A review of public opinion data from the Roper Center for Public Opinion Research archive:

Questions about voter fraud were rare before the 2000 election, and the few that were asked were centered on potential abuses with changes in policy or technology, like same-day registration in the 1970s or the possibility of online voting in the 1990s. The problems in the 2000 Florida vote count, however, launched multiple questions about voting irregularities. A Time/CNN/Yankelovich Partners taken on November 10, 2000, found 27% of the country thought it was very likely, and 24% somewhat likely, that there was fraud in the vote for president in Florida. However, a December Gallup/CNN/USA Today poll found only 31% of the public thought there had been fraud, while 64% believed there had been errors but not fraud.

Despite what happened in 2000, a 62% majority of voters in 2004 were very confident that their vote would be accurately counted, higher than the 49% that said the same in this year's election. Polls taken after elections have shown somewhat higher levels of confidence in vote count accuracy, which could be a result of positive voting experiences soothing concerns. If this pattern is repeated in 2016, the proportion of Americans saying after the election they were very confident their vote had been counted accurately could be similar to levels in other recent elections.

Concerns about whether a vote will be counted accurately are generally about fraud or errors after the fact: mishandling of paper ballots or problems with voting machines. In the 2016 election, however, Donald Trump implied that large-scale voter fraud would be conducted via ineligible voters casting ballots, rather than by post-voting trickery. Democrats, on the other hand, have expressed concerns that attempts to prevent voter fraud could lead to voter suppression. A 2004 Gallup poll found that about a quarter of the country thought ineligible voters would be a major problem in the election. Roughly the same proportion thought that eligible voters not being allowed to cast a vote would be a problem. In October 2008 at the peak of concerns about ACORN, the organization accused of registering ineligible voters, more of the public expected problems with voter fraud in the election than voter suppression - and concerns about both were higher than they had been earlier. Despite the two political parties focusing on opposite sides of this issue, many of the public expected both to be a problem. Sixty-five percent of those who said votes being cast by people who were not eligible would be a major problem also thought eligible voters not being allowed to vote would be a major problem, too. This year, polls in August found about a third of the country expecting voter fraud to be a major problem, down from 2008, while the proportion of people who expected voter suppression to be a problem remained unchanged.

When asked to make a direct choice about which problem is greater, the public has generally been split. In a 2007 Gallup poll, a majority (61%) said people using illegal or fraudulent means to cast votes would be the bigger problem in the 2008 election, while 35% believed that people who are eligible to vote being prevented from voting would be the bigger problem. But more recent polls with softer wording have found the public almost evenly divided. In a 2012 Washington Post poll, 49% were more concerned about the potential for voter fraud and 44% about the potential for denying eligible voters the right to vote. Similarly, a 2014 PRRI poll found 40% of Americans thought ineligible people casting votes was generally a bigger problem in U.S. elections, while 43% thought eligible voters being denied the right to vote was the bigger problem.

The American people clearly have concerns about the voting process. Despite the consensus of most researchers that voter fraud is rare, a CBS News poll in February 2015 found that a majority of Americans considered voter fraud to be fairly widespread. Twenty-eight percent said it happened a lot and an additional 36% said it happened sometimes. A September ABC News/Washington Post poll found similar results, with 20% of the public saying voter fraud happens very often and 26% somewhat often. These polls, however, were conducted before Trump's insistence that the election was rigged became a central tenet in his campaign. An October ABC News poll found 39% of likely voters thought Trump had legitimate concerns, 59% thought he was making excuses in case he lost. Whether the American public believes, or will come to believe, that voter fraud is widespread enough to have changed the popular vote victory remains to be seen.