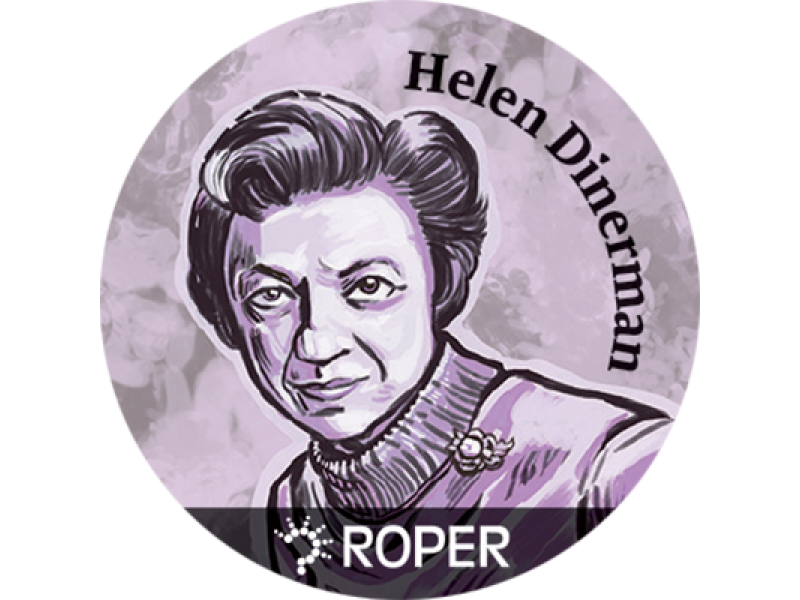 Dinerman graduated from Hunter College in 1940 and Columbia University in 1948. She began her career as an analyst and researcher for the Office of War Information from 1942 to 1944. After the war, she worked at Columbia University in the Bureau of Applied Social Research, the first academic research center dedicated to survey research, until 1947.

Dinerman worked for a year in the scientific department of the American Jewish Committee, then moved to International Research Associates where she became the chair of their executive committee in 1968.

She was secretary-treasurer of the American Association for Public Opinion Research, one of the first female members of the Market Research Council, and was a member of both the American Sociological Association and the Society for the Psychological Study of Social Issues.

In 1981, the World Association for Public Opinion Research established the Helen Dinerman Award “in memory of Helen Dinerman’s scientific achievements over three decades of public opinion research,” recognizing individuals who have made “significant contributions to survey research methodology”.