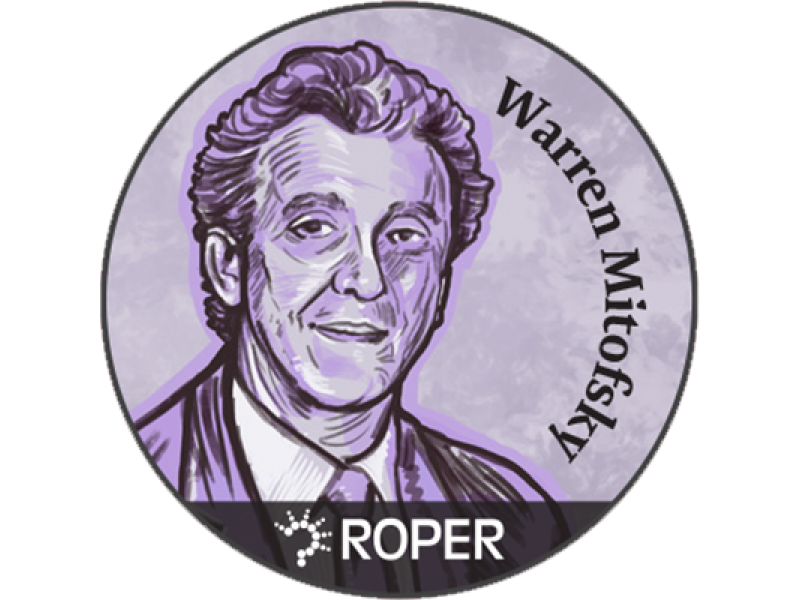 The key to progress, innovation, and development of something better is approaching familiar problems with methods we have not used before or tackling problems we could not solve before. If something significant seems impossible then it is worthy of attention.

Warren Mitofsky (1934-2006) was a prominent American political pollster. Born in Jersey City, New Jersey, Mitofsky was a 1957 graduate of Guilford College in Greensboro, North Carolina. Warren continued his graduate studies at the University of North Carolina and the University of Minnesota. In the 1960s, Mitofsky joined the Census Bureau, where he developed the Random Digit Dialing Method with co-worker Joseph Waksberg. His method became the standard system for conducting a telephone survey on a representative sample. In 1967, he joined CBS News, piloting the exit poll in the Kentucky gubernatorial election shortly after. In 1972, Mitofsky led the first nationwide exit poll, something that would become an integral part of elections.

For the 1976 elections, he worked with the New York Times to create a joint polling organization with CBS News that set the precedent for collaborations between newspapers and networks. Under his guidance, the two companies met to write the questionnaire together and then each chose what to highlight from the results. In the 1980s, Mitofsky began his affiliation with the Roper Center. He served on Roper Center Board of Directors for over 25 years, was on the Executive Committee of the Board from 1991 to 2006, and was elected Board Chairman in 2004. He also wrote over 20 articles for Public Perspective magazine and was an active member in the Masters of Public Opinion program at the University of Connecticut.

In 1990, Mitofsky left CBS News to run the Voter Research Service, a group aimed at reducing the costs of running competing Election Day exit polls. His success there led him to create Mitofsky International in 1993, which spread exit polls to other countries, most notably Russia and Mexico. Mitofsky was active in exit polls both domestically and internationally until 2004. He was also heavily involved in polling organizations, presiding as president over the American Association for Public Opinion Research and the National Council on Public Polls. In 1999, he was presented with the Lifetime Achievement Award by AAPOR. Warren Mitofsky was known for being a pioneer in the field of public opinion, most notably his landmark work with exit polls and random digit dialing. Today, random digit dialing is a staple of the public opinion field and exit polls are an integral part of every election cycle.

The Roper Center has established an award in Warren’s honor, The Warren J. Mitofsky Award for Excellence in Public Opinion Research, that recognizes outstanding work utilizing the Center’s archival holdings.  Click here for more information on the Mitofsky Award Ceremony and Dinner.