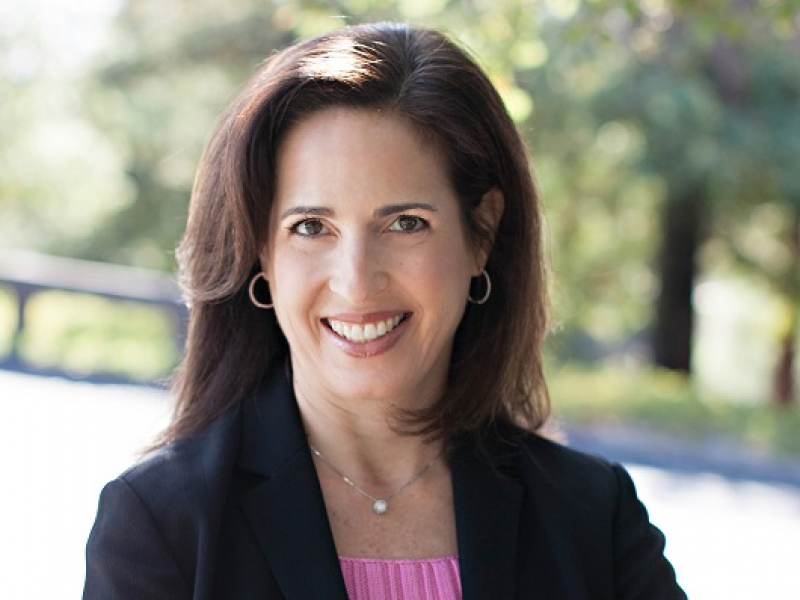 Mollyann Brodie is the Senior Vice President for Executive Operations and Executive Director, Public Opinion and Survey Research, at the Henry J. Kaiser Family Foundation (KFF), is the recipient of the 2018 Warren J. Mitofsky Award for Excellence in Public Opinion Research.

Brodie was recognized in 2018 for her many outstanding contributions to public opinion research, including major advancements in our understanding of health policy as director of KFF’s survey and polling research program. This is the largest and most important source of data on Americans’ health policy preferences, priorities, and experiences. It has been archived at the Roper Center and is available for secondary analysis by other researchers.

Brodie joined KFF in 1995 after receiving her Ph.D. from Harvard University (where she studied with Robert Blendon, the recipient of the 2008 Mitofsky Award). In the intervening 23 years, she has overseen over 400 polling projects at KFF, covering nearly every aspect of health policy. The Kaiser Health Tracking Poll has followed the ups and downs of public support for the Affordable Care Act (ACA) in over 90 monthly waves – starting prior to its adoption in 2010 and continuing through the failed repeal attempt by Republicans in 2017.  These surveys have asked about who should be covered, what benefits should be offered, how they should be paid for, Medicaid and expansion, the performance of marketplaces and insurance companies, among other topics. The work has been carefully planned and executed under Brodie’s supervision. KFF has also conducted specialized studies of specific populations impacted by the ACA: the uninsured, people who purchase their own insurance, and primary care physicians. Kaiser’s polling has played a critical role in helping policymakers and the media understanding of what the public actually believed and knew throughout the ongoing political debate. It has been scrupulously fair and non-partisan, without being bland or irrelevant.

The main outlet for Kaiser’s polling has been the press, rather than academic journals. However, Brodie has authored numerous articles, including ones drawing on other data archived at the Roper Center, that have appeared in prominent journals such as JAMA, New England Journal of Medicine, American Journal of Public Health, Health Affairs, and Journal of Health Politics, Policy and Law. She co-edited and contributed nine chapters to a book, American Public Opinion and Health Care, published in 2011.

Brodie has made many contributions to the profession. She was President of American Association for Public Opinion Research (AAPOR) in 2015-2016 and President of AAPOR’s Pacific chapter in 2002-2003. She served on the Board of Directors of the Roper Center from 2000 to 2014 (and as Vice Chair from 2010-2014). Her 2016 AAPOR Presidential Address, “A Call for Inclusion” (Public Opinion Quarterly, January 2016) was a call for increasing diversity in the profession. She personally has been an important mentor to the next generation of survey researchers.