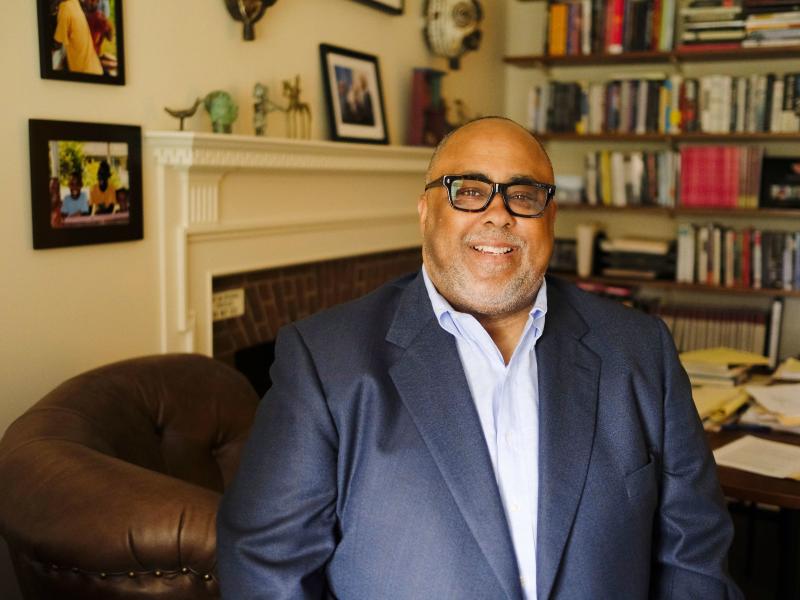 The Board of Directors of the Roper Center for Public Opinion Research at Cornell University is pleased to announce Lawrence D. Bobo, Dean of Social Science and the W. E. B. Du Bois Professor of the Social Sciences at Harvard University, as the recipient of the 2021 Warren J. Mitofsky Award for Excellence in Public Opinion Research. This award recognizes Bobo’s scholarly contributions to our understanding of public opinion, in particular the opinions of and about African Americans, as well as his extensive use of data from the Roper archive, most notably in his coauthored and influential book, Racial Attitudes in America: Trends and Interpretations.

Originally published in 1985 and revised and updated in 1997, Racial Attitudes in America: Trends and Interpretations, coauthored with Charlotte Steeh, Maria Krysan, and 2017 Mitofsky Award winner Howard Schuman, remains one of the most important and comprehensive presentations and interpretations of trends in American racial attitudes – among both whites and blacks – since the 1940s. In the preface to the 1997 edition, Bobo and his colleagues thank the Roper Center for quickly making the curated 1996 General Social Survey data available, allowing them to extend their trend analyses an additional two years.

In addition to Racial Attitudes in America: Trends and Interpretations, Bobo is coauthor or coeditor of other influential volumes addressing issues at the intersection of public opinion, social psychology, social inequality, politics, and race, including Prejudice in Politics: Group Position, Public Opinion, and the Wisconsin Treaty Rights Dispute; Race, Racism, and Discrimination: Bridging Problems, Methods, and Theory in Social Psychological Research; Urban Inequality: Evidence from Four Cities; Prismatic Metropolis: Inequality in Los Angeles; Racialized Politics: The Debate about Racism in America; and Race, Public Opinion, and the Social Sphere. His research has also appeared in leading journals such as American Sociological Review, the American Journal of Sociology, Social Forces, the American Political Science Review, the Journal of Personality and Social Psychology, Social Psychology Quarterly, and Public Opinion Quarterly.

In recognition of Lawrence D. Bobo’s numerous contributions to understanding American public opinion generally and the dynamics of race and public opinion more specifically, this award is given.