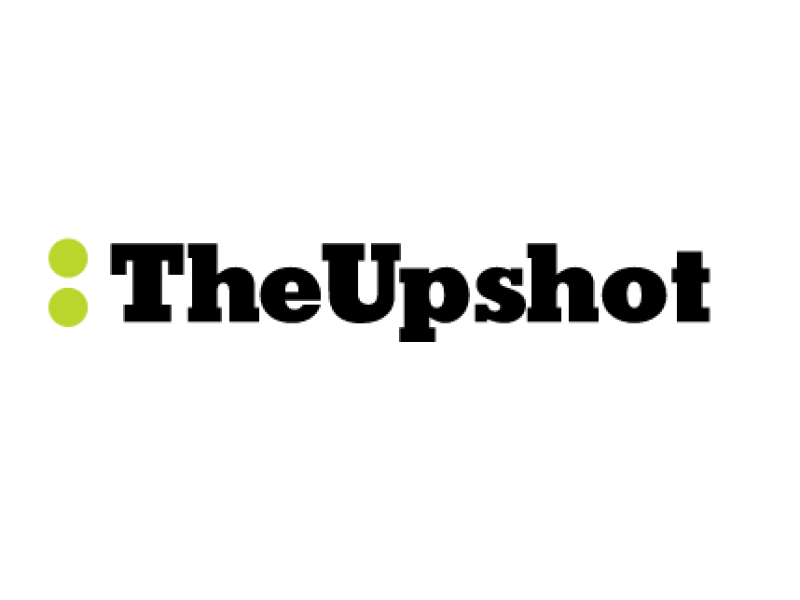 Telephone numbers were selected from an L2 voter file stratified by age, region, gender, party, race and turnout in 2014. The probability of selection was inversely proportionate to telephone coverage in each strata and the probability of response, weighted by a modeled turnout score.

Voters were contacted on cellular and landline telephones. Interviewers asked for the person named on the voter file, and ended the interview if the intended respondent was not available. Interviews were conducted in English, and also in Spanish in districts where at least 10 percent of registered voters were Hispanic, per L2 data.

The sample is weighted to match Upshot estimates for the composition of the likely electorate by age, race, region, turnout, party, gender and education.

The exact categories used for weighting may vary from poll to poll, depending on the availability of voter file data or the importance of weighting on the interaction between two weighting targets, like between region and party, or race and education.

All transparency scorecards are available on the individual study download page. 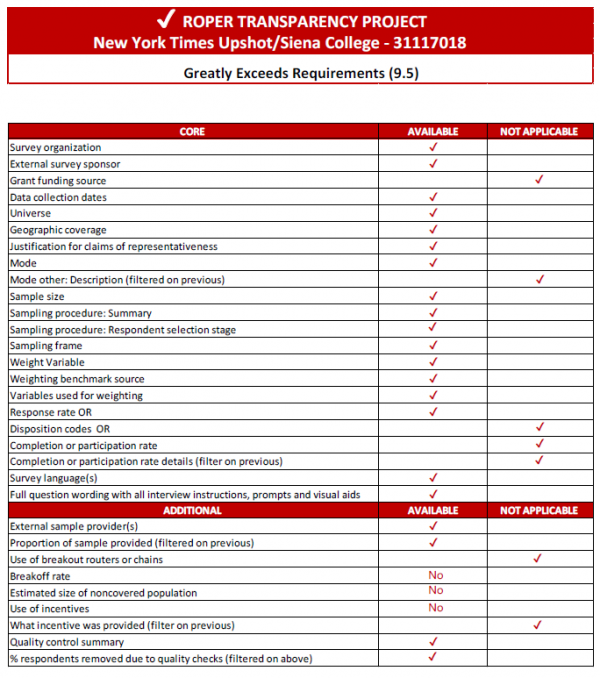 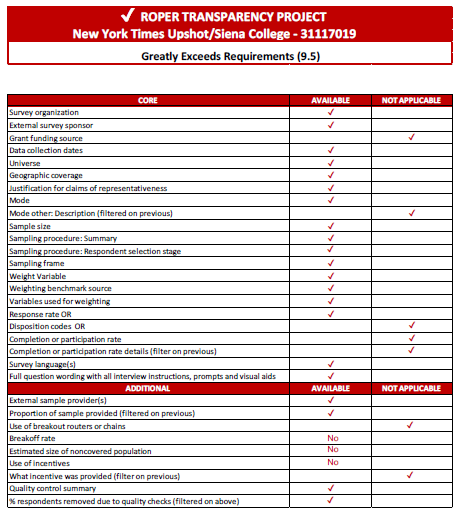