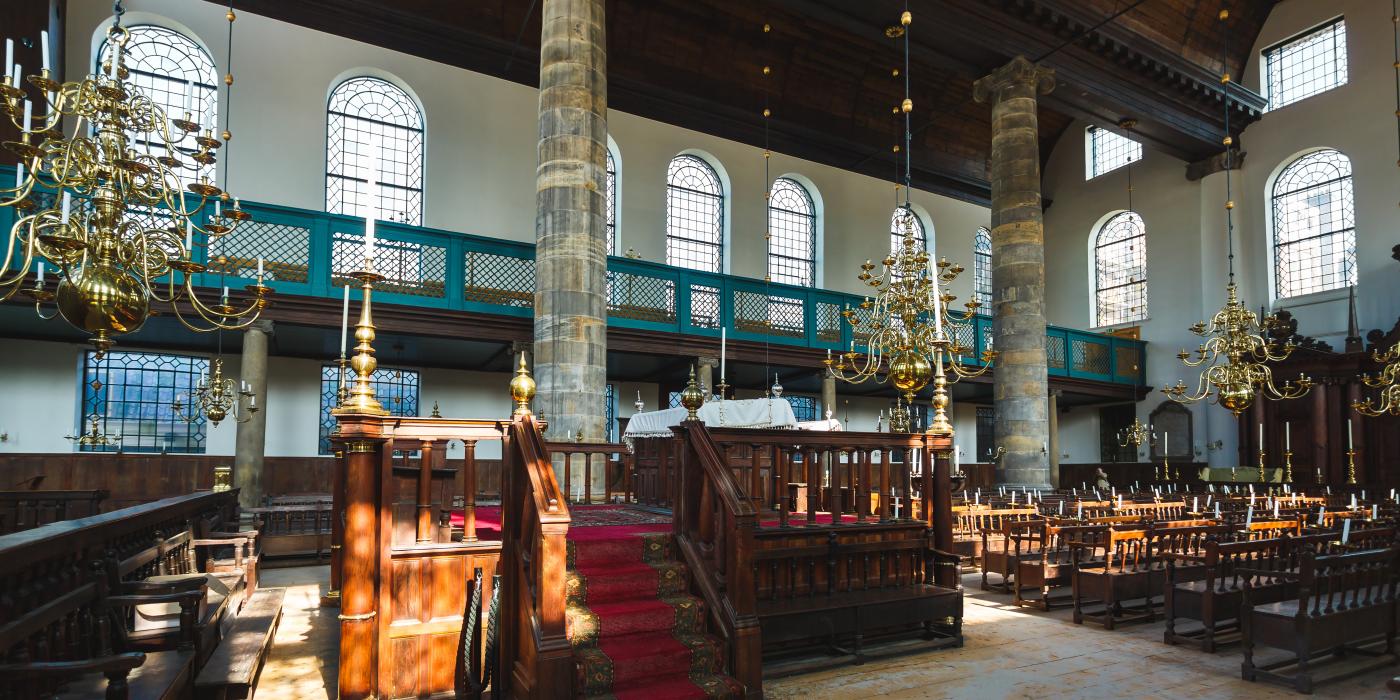 In the wake of WWII, the Gallup-affiliated Netherlands Institute of Public Opinion (NIPO) began a polling series of the Dutch population’s post-war conditions and attitudes. A 1962 poll from this series offers the opinions of 210 Jewish residents of Amsterdam on a variety of subjects.

Questions attempt to discern trends of cultural loss due to discrimination, persecution, and assimilation by gathering responses on cultural habits across three generations within each family. Were matzos eaten at Pesach? Are they eaten by you? Your children? The survey also measured the extent of each family’s assimilation across three generations. Was there a Christmas tree at the end of the year in your parents’ home? Is there in your home? Your children’s home? Questions also gauged the sense of social justice in the Jewish community and beliefs about the role of the Jewish community in the world. Do you see a task for Jewry in the world?

Of particular interest is the survey’s probing and amplification of Jewish, rather than non-Jewish, voices on frequently debated Jewish issues. Feelings about Israel, “typically Jewish” behaviors, and even matters of self-identification and what it means to be Jewish to begin with—all complex issues with no easy answers—are asked. 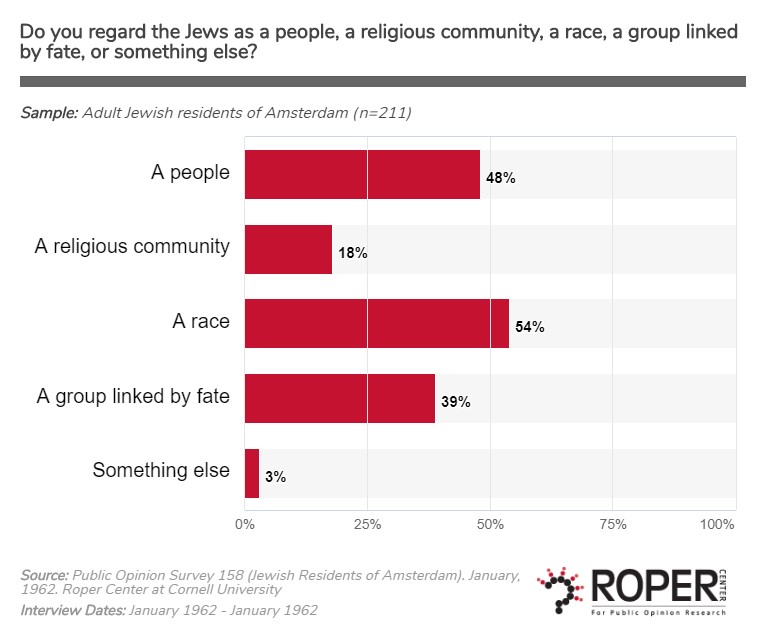 Not two decades out from the systematic murder of roughly 6 million Jewish people—2 out of every 3 in Europe—the survey also explored attitudes toward and incidence of antisemitism.[1] Respondents were asked if there are Jewish people who “induce antisemitism,” and if it is desirable to fight antisemitism. Seventy-five years after the close of WWII, the population of Jewish people worldwide has not reached pre-WWII numbers.[2] Approximately 6 million survive in the United States, 6 million in Israel, and 2 to 3 million scattered.

When asked if they would wish to be reborn Jewish if given the choice, 65% in this survey still said yes.