Black, White, and Blue: Americans' Attitudes on Race and Police 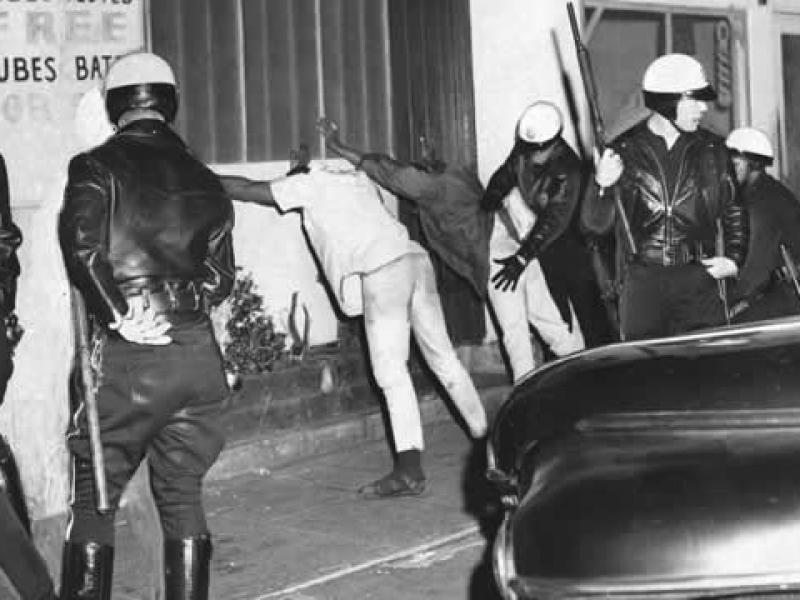 Since the events in Ferguson last summer, pollsters have exhibited a renewed interest in the relationships between race and policing. Extensive public opinion research over the last year has shown stark differences in how blacks and whites perceive the police, differences documented in survey research going back to polling conducted in response to the Kerner Commission report on the 1967 race riots. Now the Ferguson Commission report has been released, and polls provide a clear picture of areas of likely agreement and disagreement between blacks and whites on its recommendations. A review of polling on black and white attitudes on police, from the Roper Center for Public Opinion Research archives:

The police are not merely a "spark" factor. To some Negroes police have come to symbolize white power, white racism and white repression. And the fact is that many police do reflect and express these white attitudes. The atmosphere of hostility and cynicism is reinforced by a widespread belief among Negroes in the existence of police brutality and in a "double standard" of justice and protection--one for Negroes and one for whites.

Nearly a half-century ago, the Kerner Commission pointed to white racism and economic inequality as causes of civil unrest and called for a number of reforms, including more black police officers in black neighborhoods, more training for police, an end to "abrasive" practices, and higher levels of police protection in black neighborhoods. A 1968 Harris poll investigated black and white attitudes about ideas in the report and found broad agreement about recommendations, but disagreement about causes. Strong majorities of both whites and blacks thought there should be more black police officers in black communities. Most people of both races thought the police forces were not trained properly to handle the 1967 race riots and that police should get to know black people in their cities better, although blacks were even more likely to say so. But blacks were much more likely to see a range of aspects of racial inequality as major causes of the rioting, and half of blacks thought police brutality was a major cause. Only 10% of whites agreed.

The following year, Gallup's poll of black Americans further exposed problems in relations between police and black communities. In the case of shooting incidents between what were described as ‚Äúblack militants" and police, blacks were about twice as likely to blame police as the black militants, though a majority weren't sure. More blacks said police in their area did a not so good job than a good job preventing crime in their neighborhood. Four in ten black Americans saw the police as more harmful than helpful to civil rights, and nearly half said there was police brutality in their area.

We heard from many Black citizens in the St. Louis region who do not feel heard or respected when they interact with the police or the courts. They do not feel that they are treated in an unbiased way. Rather, they feel that the presence of bias, a lack of respect, and an unwillingness to listen on the part of the police too often lead to unnecessary and/or excessive use of force. Forward Through Ferguson: A Path to Racial Equity (The Ferguson Commission Report) Many of the same concerns and recommendations raised in the Kerner Report appeared again in the Ferguson Report released last week: issues of accountability, appropriate use of force, training, and inadequate protection of citizens. In almost all of these areas, blacks perceive greater problems than whites, but there is significant agreement on many of the proposed solutions. Accountability: Blacks and whites have very different perceptions of how much police are held accountable for misconduct. In a December 2014 poll, over twice as many whites as blacks said that they were very or somewhat confident that police are held accountable. But there is little variation between white and black attitudes about policy prescriptions for ensuring accountability. Overwhelming majorities of both agree that outside prosecutors ought to investigate incidents in which police kill unarmed civilians, that the public should be allowed to videotape police officers, and that police should wear body cameras. The belief that investigations into police misconduct need to be handled by outside prosecutors is not a new one. In a 1991 CBS News/New York Times poll found that only 27% of Americans believed that police departments were willing to find and discipline those police officers who commit brutality; 60% thought that needed to be done by outside authorities.

Police brutality: Since the time of the Kerner report, perceptions of police brutality have increased substantially among the total public. This change started long before Ferguson. When the public was asked about police brutality in their area following the videotaped beating of Rodney King by black police officers in L.A., perceptions of brutality had risen among both whites and blacks. Asked to consider the frequency of brutality in police departments across the country, 66% of whites and 84% of blacks thought such incidents occurred at least somewhat frequently. Through the late nineties into the early 2000s, roughly half of whites and eight in ten blacks said police brutality against blacks and Hispanics happened occasionally or often in their community. In the last decade, very few polls have used the word "brutality" when asking questions about police practices. Recent polls have shown the blacks are much more likely to say that that the police are too quick to use deadly force and that they have very little confidence that their community police officers will not use excessive force on suspects.

Connected to the issue of excessive use of force are concerns about the use of military surplus weapons and equipment by police departments. Blacks are less likely to support the use of military surplus by police departments, although the higher support among whites does not reach a majority. Blacks are also much less confident that police will use such weapons or equipment appropriately. When asked about specific situations in which police might use military materials, responses of blacks and whites follow the same pattern, with strongest support for use in the fight against terrorism and lowest support for use to control riots or violent demonstrations. Black support is somewhat lower on all measures.

Training: Both the Ferguson and Kerner reports called for better, more extensive training for police officers. Whites today are more than twice as likely as blacks to say they are confident that the police in this country are adequately trained to avoid the use of excessive force. Majorities of both whites and blacks think most police officers need better training on how to handle confrontations with civilians, but blacks are even more likely to think so.

Underpolicing: The Ferguson Commission report notes that fragmentation of police services can lead to failure to respond quickly to calls for help, as well as increased harassment. The Kerner Report also noted that black communities can be simultaneously over- and under-policed. In 2015, almost as many blacks as whites say that they have been helped by a police officer in a dangerous situation. But 37% of blacks, compared to 17% of whites, say police in their community make them feel mostly anxious instead of safe. Only 38% of blacks give their local police good or excellent ratings for controlling crime - the same proportion as said back in 1969 that the police in their neighborhood were doing a good job. Nearly seven in ten whites today give their local police excellent or good ratings.

When asked about preferences for police presence in their local area, blacks are 20 percentage points more likely to say they would prefer a larger police presence, indication that many blacks see underpolicing in their communities as a problem. Blacks and whites are equally unwilling to decrease police numbers in order to lower taxes.

Whites and blacks have different views of the current state of policing in the U.S., and the racial divide in perception is deep and longstanding. But those eager for reform can find some reasons for optimism in the similarity between blacks and whites in views on policies, and the desire of the black community to improve public safety in their communities with more, not fewer, police officers.