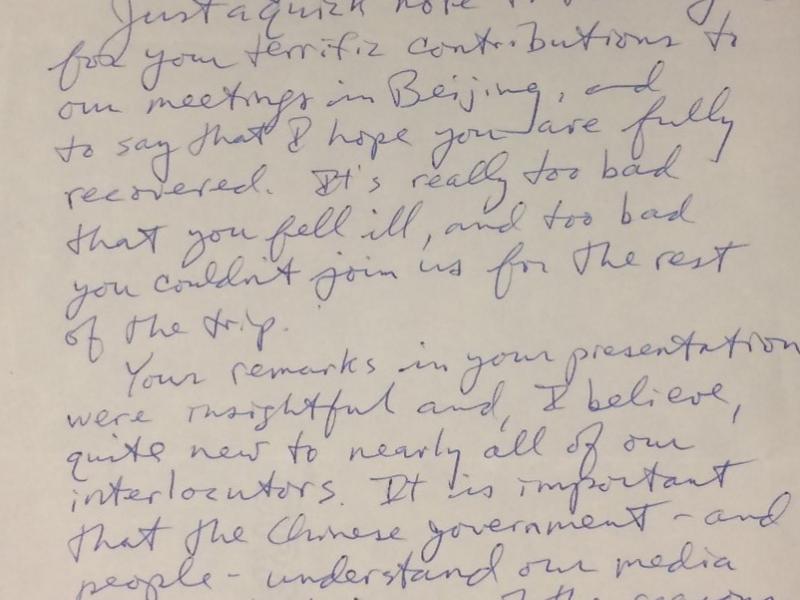 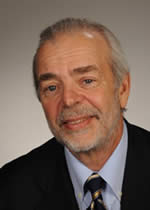 When most people think about the Roper Center, they think data. While data and datasets are what the Center is about for the most part, there are collections at the Center that provide context beyond the numbers, including material about the people who made the polls. As the archivist hired to process the Andrew Kohut collection (he was commonly known as “Andy”), I feel fortunate to have the opportunity to share some of these unique documents with you.

This collection includes materials directly related to his polling work as well as the high-level meetings and conferences he often participated in both nationally and abroad, and his frequent  TV appearances, especially during presidential elections. Andy commanded a great deal of respect among his peers, and the high regard in which he was held comes through in the letters and other documents in the collection. Perhaps of greatest interest to those conducting polling research, memos and reports show how Andy developed questions for polls that got at the heart of the issue and helped us understand what people were thinking and feeling at any one point in time.

In the coming months, I will be sharing more from the collection with you. The following documents provide some first insights into the collection. Click each image for a larger size.

The Roper Center would like to thank Diane Colasanto for donating these important items, as well as the Pew Charitable Trusts and Diane for generously funding the archiving of the Andrew Kohut collection.

Joe Schill is a Collections Specialist at the Roper Center, focusing on items donated to the Center by Andrew Kohut. He grew up in Syracuse and lived in Washington, DC before returning to Ithaca and working in archiving at the Rakow Library at the Corning Museum of Glass. Joe holds an MAT from Binghamton University in social sciences education, an MA in history from George Mason University, and a bachelor’s degree from Oswego State.