Irish Peace and the Good Friday Agreement of 1998 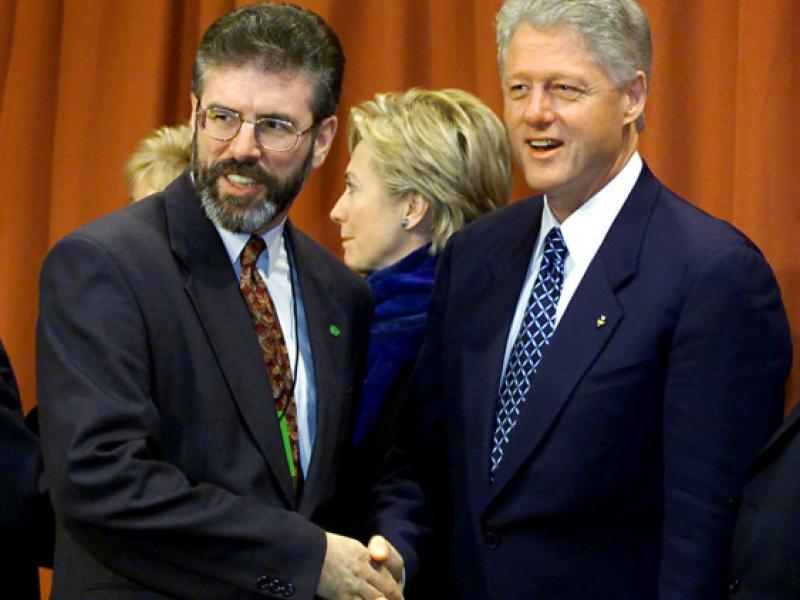 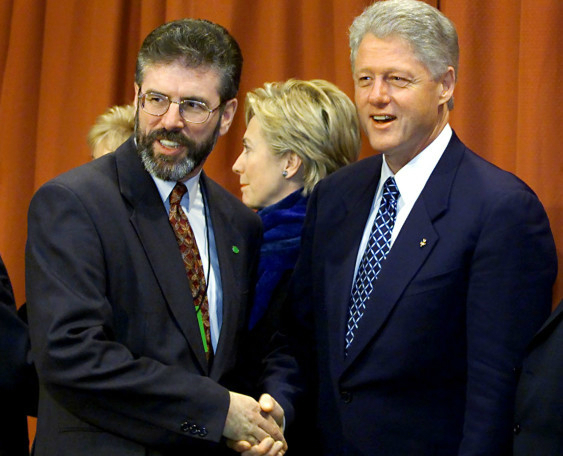 The Good Friday Agreement of April 10, 1998 was an historic moment in the long Irish peace process. In it the status of Northern Ireland, its relationship to Great Britain and the Republic of Ireland, and the future process for disarmament of paramilitary groups and the political unification of the island were codified and outlined. The public in both Northern Ireland and the Republic of Ireland overwhelmingly approved the Agreement’s provisions in referendum, and it went into effect in December 1999.

US involvement in the peace process was a signature part of President Clinton’s foreign policy, highlighted by his November 1995 speech in Belfast and an historic photo-op handshake with Sinn Fein leader Gerry Adams. But the US public didn’t see Clinton’s role as central. In an NBC News/Wall Street Journal poll after the agreement, 9% gave Clinton a great deal of credit for the agreement, 14% quite a bit, and 42% some. The public was split on the prospects for lasting peace between Protestants and Catholics in the North, with 40% believing they would achieve it and 44% saying they would not.

In a July Gallup survey, 30% sympathized more with the Catholics and 16% with the Protestants, with 8% saying both and 22% neither. Half of those surveyed wanted to see the North unite with the South versus 17% who wanted it to remain part of the United Kingdom. This poll also found Americans divided on the prospects for future peace, with 37% optimistic and 49% pessimistic. At the year’s end, a Gallup/Chicago Council survey showed that the public was still not entirely positive about Clinton’s role. Just 8% rated Clinton’s handling of the Northern Ireland situation in general as excellent, 25% good, 29% fair, and 15% poor.

The US public still considered the process important in 2002, when a Gallup poll about the situation in the North found 24% called it a very important US foreign policy goal and 46% somewhat important. Following the disarmament of various groups including the IRA and other political agreements, the peace process was considered complete in 2007.