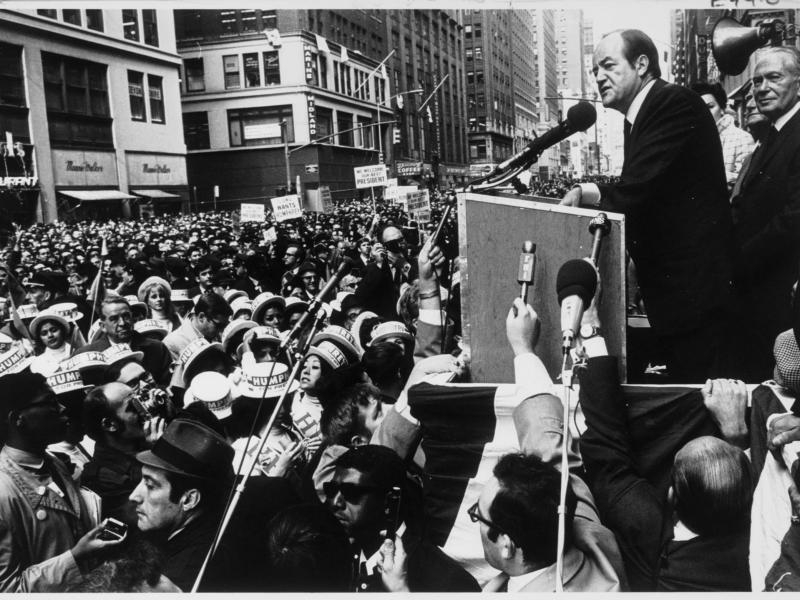 The year 1968 was a particularly brutal year for political tensions, popular agitation, and violence. The dramatic events of that year included assassinations of political leaders, race conflicts, riots, and the Vietnam War. The Violence Survey carried out by Louis Harris and Associates in 1968 on behalf of the National Commission on the Causes and Prevention of Violence provides a major contribution to understanding public opinion in this period. The survey focuses on how the population evaluated, experienced, and responded to violence, not only at the macro-level of government actions and national events but also at the micro-level of personal situations and interpersonal relations.

The study asks about views on important issues such as racial politics, racial violence, police brutality, the war in Vietnam, and anti-government demonstrations. Moreover, the survey enquires how respondents would act when confronted to several situations, and explores preferences for individual and collective actions such as expressing opinions, signing petitions, organizing groups, demonstrating, or even participating in illegal violent or non-violent situations.

As examples, several questions illuminate respondents’ attitudes about racial segregation or integration. Interestingly, only 44.8% favored integration, 68.5% considered that actions that were taken by African Americans “to get the things they want” were violent, and 45.8% considered that the federal government was moving towards integration too fast. 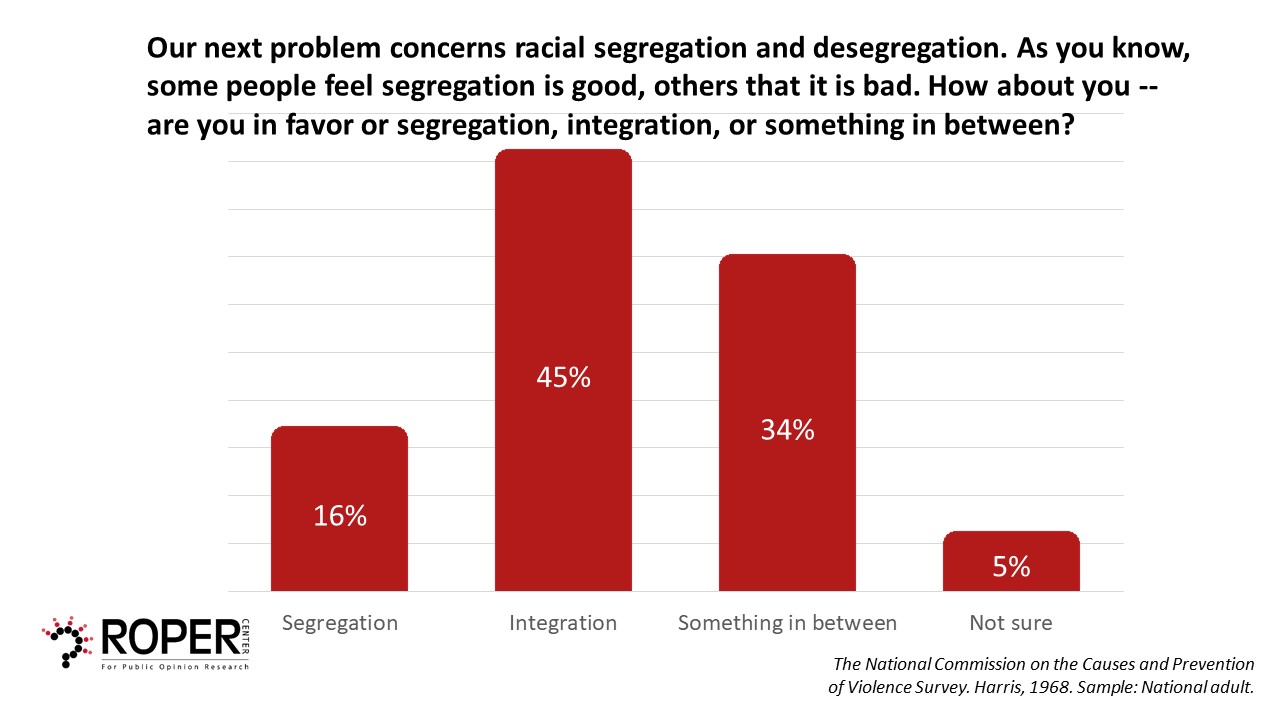 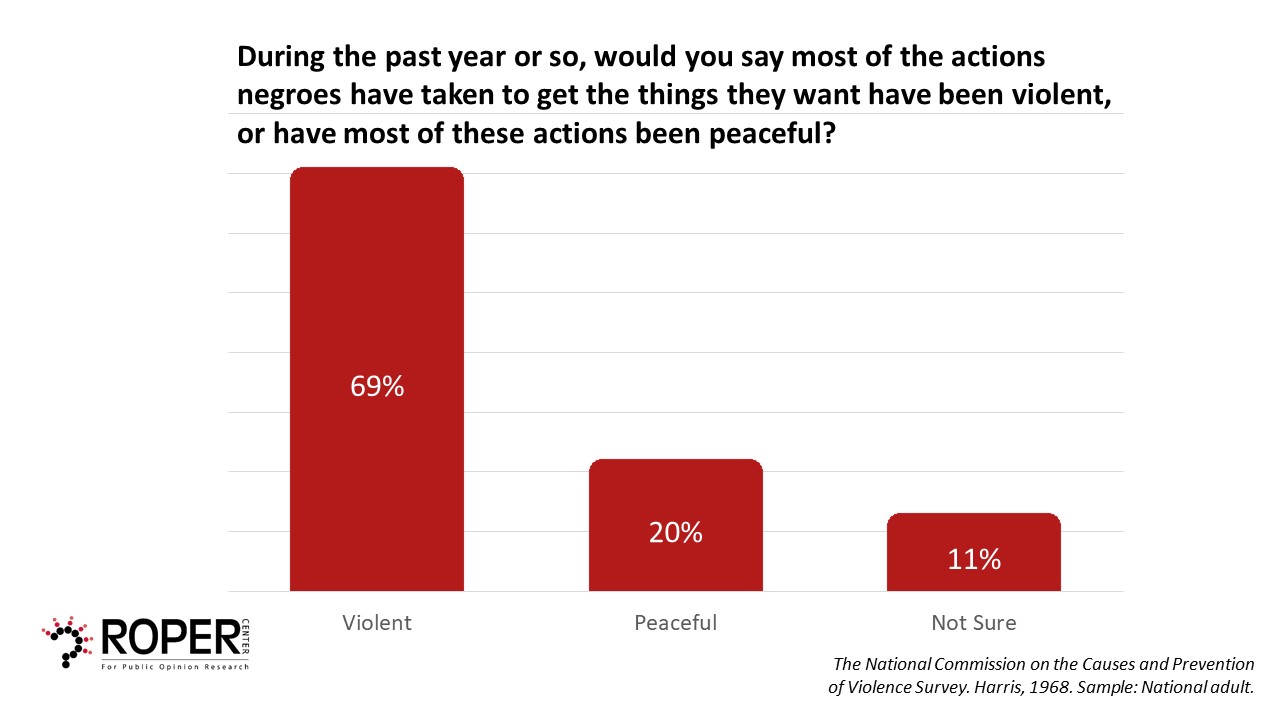 As examples, several questions illuminate respondents’ attitudes about racial segregation or integration. Interestingly, only 44.8% favored integration, 68.5% considered that actions that were taken by African Americans “to get the things they want” were violent, and 45.8% considered that the federal government was moving towards integration too fast.

Questions also assess what reactions “would be all right to take” in cases such as imprisoning African Americans “even though there had been no trouble.”  Among a range of actions, “expressing opinions” was favored by 73% of respondents (27% were against), “signing a petition” approved by 66%, “organizing a group” by 58%,  and“illegal sit-ins” by 17.6%. Just 9% felt it was right to participate in physical assaults. 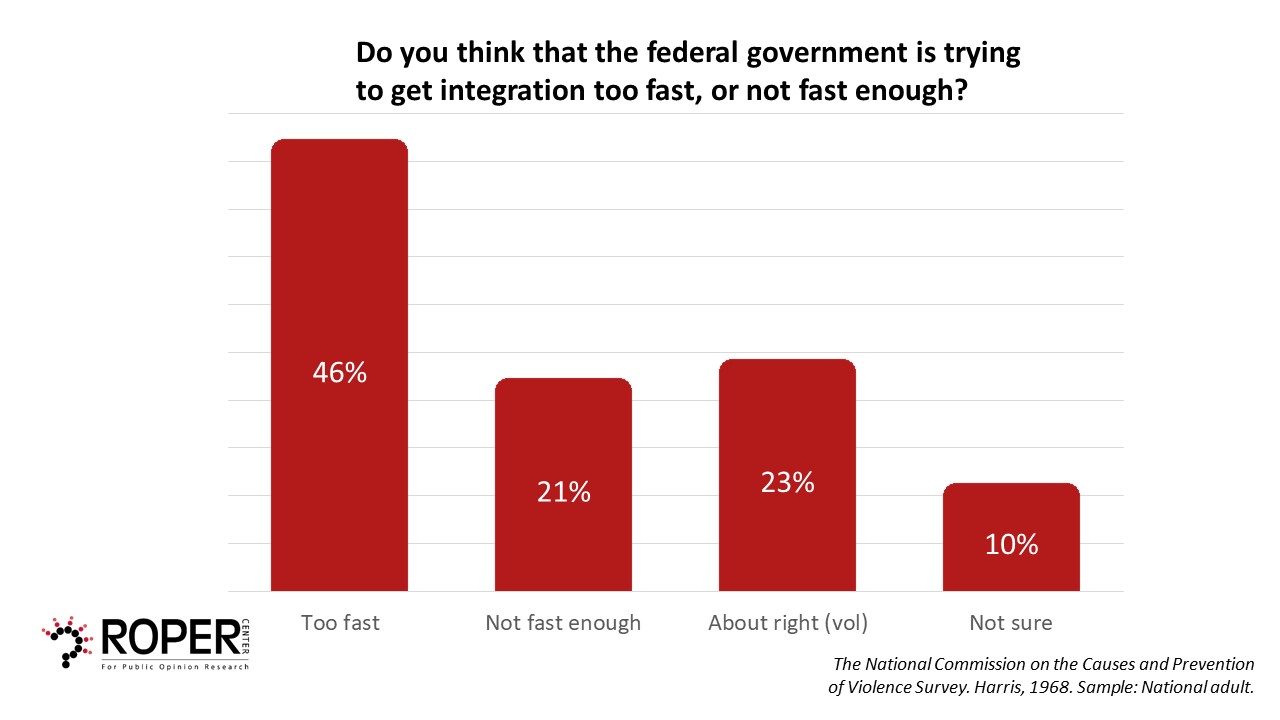 Other questions explore macro- and micro-level violent events. The study asks about the impact of dramatic national episodes such as the assassinations of Dr. Martin Luther King, Senator Robert F. Kennedy, President John F. Kennedy, Medgar Evers, and Malcom X. In addition, the study asks respondents about personal experiences related to violence, either as victims or aggressors, in actions such as spanking, slapping, kicking, beating, choking, and threatening with a knife or a gun.

Another important question of the study relates to the relationship between mass media and violence. They ask about personal media preferences, sources of information regarding national conflicts, evaluations of the context of violence, the role of TV violence in making America a violent society. Interestingly, for instance, is that 58.8% considered that the amount of violence portrayed in television programs was “too much.”

The Louis Harris and Associates Violence Survey is now available in easy-to-use modern statistical formats (Stata, SPSS, and .csv), and the questions can be viewed in the iPoll database.