Polls of Future Past: Public Expectations for the Future of Science 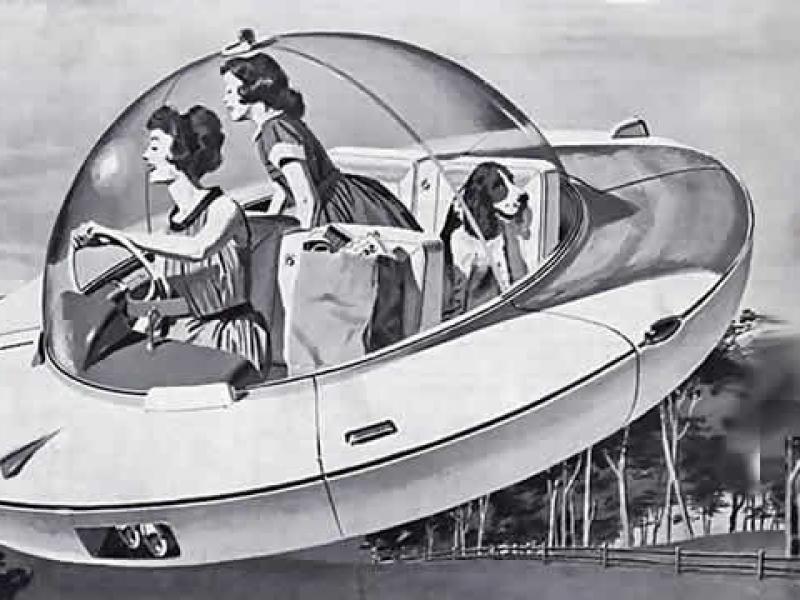 Science fiction sometimes barely beats out science fact, as technological advancements rapidly transform the world.  But the changes that are anticipated aren’t always the ones that arrive. A look back at what the polls tell us the public has expected for the future of science – and how often they’ve been disappointed. From the Roper Center for Public Opinion Research archives:

When Gallup first asked Americans in 1949 whether they expected man to reach the moon in the next fifty years, only 15% said yes. Despite the shocking power of new wartime technologies like the atom bomb, the public remained skeptical about the idea of space travel.  Just six years later, the proportion saying man would be on the moon in fifty years more than doubled. By 1959, after the launch of the first satellite, more than half the country expected a moon landing within just twenty years.

The moon landing was somewhat atypical of the way that scientific progress and public perceptions normally interact, in that acceleration in perception kept step fairly well with technological progress. The space race instigated by the Russian launch of Sputnik focused public attention on the major government efforts in this area, which may have brought public perceptions in line with scientific developments.  But even with building conviction of success on the part of the public, a significant proportion found the idea of an impending moonwalk inconceivable even just a few years before mankind made its giant leap.

In contrast, the public has been all too willing to believe that a cure for cancer is imminent. The strong majorities who anticipated a cure well before the end of the 20th century were disappointed, though great advancements in treatment and life expectancy were made. Despite failure to this point, most Americans are still positive about the prospects of a cure, particularly looking forward fifty years or more.

When asked in a 1998 NBC News/WSJ poll which was most likely to be found over the next twenty years – a cure for cancer, AIDS, diabetes, Alzheimer’s or heart disease –cancer was chosen by a plurality of 37%, with AIDS the second-most-chosen option at 20%. This finding, however, should not lead to the conclusion that optimism about cancer is atypical.  Additional data indicate that the public has great faith in the future of medical science in nearly all areas. A 2001 Alliance for Aging Research/Belden Russonello & Stewart poll found majorities had a great deal or some confidence that cures would be found in their lifetimes for not just cancer (71%), but also diabetes (79%), Parkinson’s disease (73%), and Alzheimer’s (71%).

Remarkably high numbers have predicted significant medical progress on other fronts as well.  In a 1996 PSRA/Newsweek poll, Americans said that by 2006, they expected to see “grown” replacement human organs (57%), the ability to control weight by manipulating the fat gene (58%), and a male birth control pill (80%). A 1999 CBS News poll found even higher expectations for the coming century, including the ability to clone humans (74%) and to genetically engineer babies (85%). And a 1998 Gallup poll found that 61% of Americans thought that within just twenty-five years, most people would routinely live to 100 years.

One particular medical mystery, however, elicits pessimism. Forty-eight percent in a 1965 Gallup poll believed a cure for the common cold would be found within twenty years. After that deadline had passed, just 23% in a 1989 Gallup poll expected a cure by the year 2000. In 1998, an NBC/Wall Street Journal poll found less than half (45%) saying a cure would be found in the new century.

Outside the medical sphere, Americans’ predictions for the future are less consistently skewed in the direction of innovation. Majorities in a 1999 CBS News poll thought many current technologies were likely to still be in use at the end of the 21st century, including the Internet (79%), printed books (68%), and telephones (57%), while significant numbers expected the continuation of post office mail (44%) and even compact discs (37%). A National Consumers League poll in the same year found 63% believed computers and telephones would be wireless by 2020, but 37% were skeptical.

Though many may expect today’s technologies to avoid obsolescence, a considerable share of the public also foresee science fiction standbys becoming reality within the next few decades. A 2010 Pew poll found 42% thought over the next forty years, computers would probably or definitely be able to read people’s thoughts by scanning their brains, and 51% thought extinct species would be cloned. A 2014 Pew poll found 41% believed a way to teleport objects would probably or definitely have been found within the next fifty years. Forty percent in a 2010 CBS News poll thought conclusive proof of extraterrestrial life would arrive within twenty years, and the same number thought people would be taking vacations in space in the 21st century. Only about half of these, however, would want to go – still more than the 9% who, back in 1955, expressed a desire to be on that first trip to the then impossibly distant moon.

For more on the history of the space race, see: The Moon Landing Revisited

For more on public attitudes about science, see: Mixed Blessing: Science and Opinion in a brave new world.