The Public's Perception of the Obesity Epidemic blog 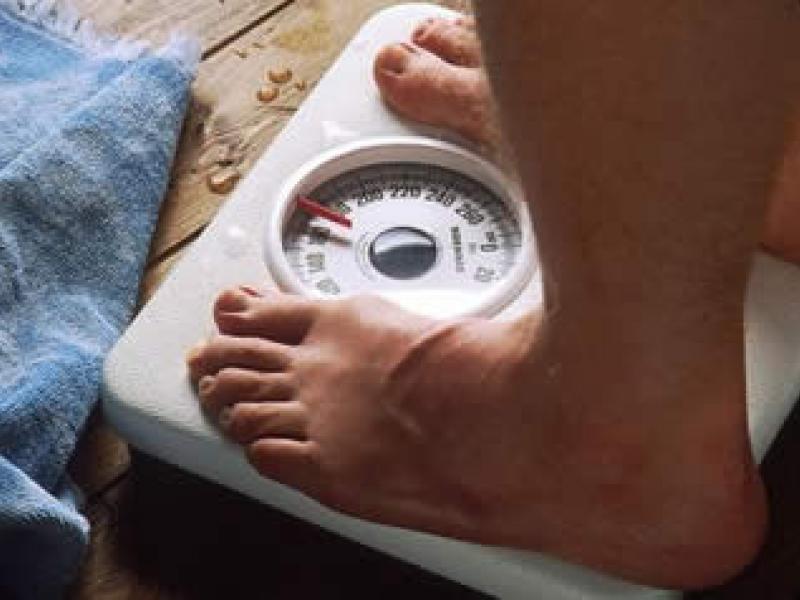 Obesity has been called a major health crisis and a national epidemic. Health authorities, including prominent spokespeople like Michelle Obama and the Surgeon General, have sounded the alarm, and the media has responded with a bombardment of stories about the state of the nation’s waistline. But does the American public understand the significance of the country’s weight issue? Or have people become so accustomed to the “new normal” of excess weight that they don’t recognize the problem? From the Roper Center for Public Opinion Archives.

Since the earliest available CDC data in 1960, the obesity rate among American adults has increased nearly threefold. The number of overweight and obese children has more than tripled since the seventies. These dramatic changes have not gone unnoticed by the public. A 2008 Columbia University poll asked Americans to pick from a list the two or three most common health problems in the country. Obesity, chosen by 64%, was selected far more often than any other condition, including cancer and heart disease, both chosen by 46%. The increase in the childhood obesity rate has been recognized by the public for some time: in 2000, 74% of adults in a Time/CNN poll said they believed there were more overweight kids today than when they were young.

Increasingly, Americans see this high incidence of obesity as a serious problem for the country. In 1990, near the height of the U.S. AIDS epidemic, Americans were asked by the LA Times to name the most urgent health problems facing the nation. Less than 1% of the public mentioned obesity, far below the number saying AIDS (49%), cancer (31%), and non-disease issues like health care costs. The percentage of respondents mentioning obesity stayed in the single digits until 2004. But the massive public health campaigns that have been undertaken over the last decade have clearly made an impression. In 2013, the proportion of the public citing obesity as one of the most urgent health problems had risen since to 39%, outranking even cancer.

Americans increasingly understand the health risks of being overweight

In September 1955 President Dwight D. Eisenhower had a heart attack, and the nation watched anxiously as he spent weeks recovering in the hospital. In the wake of this incident, Americans were asked by Gallup what they believed the chief causes of heart attack to be. Nearly half blamed strain, tension, and anxiety, while another quarter said overwork or exhaustion. Though the American Heart Association (AHA) already recognized the links between cardiac disease and excess weight, only 5% of the public mentioned being overweight as a cause. When a similar question about heart “trouble” was asked by the National Heart, Lung and Blood Institute and Louis Harris and Associates in 1979, being overweight was mentioned by 34% of respondents, nearly as many as cited emotional pressure or anxiety. In 1998, the American Heart Association reclassified obesity as a “major and modifiable” risk factor in coronary heart disease. By 2009, recognition of the link between weight and heart disease was widespread: a Parade/Research!America poll found an overwhelming 92% of the public recognized being overweight as a major risk factor for heart disease. Public recognition of other health risks associated with being overweight has come more slowly. A 1965 Harris survey asked respondents what they thought the dangers were for them personally if they didn’t “diet when they should.” About four in ten said heart attack, one in ten high blood pressure. Only 4% said diabetes. When Harris asked the same question again in 1980, the number saying heart disease stayed about the same. Those mentioning high blood pressure and diabetes both increased, to 22% and 10% respectively. In 2002, researchers on the major Diabetes Prevention Program study reported that pre-diabetic participants could slow or stop the onset of the disease with weight loss and management. A decade after this announcement, the message about diabetes had gotten across to most of the public. When asked by AP/NORC in 2012 to tell in their own words what the most serious health impacts were for being overweight or obese, 78% mentioned heart disease and 70% diabetes. However, only one in five mentioned high blood pressure, despite many decades of evidence of this relationship.

While the CDC may classify more than one-third of Americans as obese and another third as overweight, the public don’t see themselves that way. In a 2014 Gallup poll, just 5% say they are very overweight, while 35% say they are somewhat overweight, and 56% believe they are about right. These numbers are comparable to the results of a 1965 Harris poll, long before the rates of obesity began to climb rapidly, which found 38% of respondents considered themselves overweight, and 55% about right. In a 2013 Gallup poll, 51% said they would like to lose weight, a number essentially unchanged from the 52% who said so when the question was asked in 1990, despite an 11 percentage point increase in the obesity rate in that time frame.

My neighbors may be obese – but not my family and friends!

When asked about obesity in the area where they live, the public can see a reflection of the national epidemic. A 2008 Harvard/Robert Wood Johnson Foundation poll found over half (52%) of people thought obesity was a major problem in their community, while over a third (35%) said it was a minor problem. But when it came to their own families, just 17% of people reported being overweight as a major problem in a 2009 Ipsos-McClatchy poll. A third said weight was a minor problem for their families, while nearly half (49%) said it was not a problem at all. A 2013 Gallup poll found just 8% of the public thought many of their family and close friends were overweight, 29% said some were, and 45% said only a few.

And certainly not my kids!

Only 12% of parents of children under 18 said in a 2012 AP/NORC poll that any of their children were overweight. Only one in five parents in a 2012 Harvard/RWJF/NPR poll said they were even somewhat concerned that their children might become overweight as adults. In comparison, one-third of children in the country are currently classified by health officials as overweight or obese, and a 2012 Duke University study projected that 42% of US adults will be not just overweight, but obese, by 2040. Polling data reveals how Americans’ perceptions of their own weight are removed from their recognition of the overall public health problem. Perhaps because people judge themselves compared to what they see in others, the proportion of people seeing themselves as weighing more than they should stays stable, even as the number of overweight and obese people increases. Impressive progress has been made in making Americans aware of the increase in the obesity rate and the health risks of being overweight. However, until the gap is closed between Americans’ perceptions of their weight and the hard facts about excess weight gain, obesity will continue to be a major problem for the country.

What was America’s least favorite food twenty years ago? (PDF) (Hint – they should be eating 3-5 servings a day)

The results reported in this piece are just a selection of data points from a vast database of US polling questions from 1935 to present. The iPOLL database provides responses to some 600,000 questions posed from US sample surveys collected by nearly every major survey organization in the country.  Members and subscribers can search iPOLL  for these data and link directly to datasets to conduct more in-depth analysis. To learn more about the vast public opinion resources of the Roper Center, contact Kathleen Weldon.