In the early 1940s, Purdue University Professor of Education and Psychology and Director of the Division of Educational Reference Hermann Henry Remmers became excited about the possibility of understanding the attitudes of tomorrow’s adults by interviewing teenagers.

The present generation of youth of high school age will be responsible for carrying on the business of life tomorrow. It is, therefore, of great practical importance to obtain if possible a continuous inventory of their views on matters of common concern

Remmers wanted to take advantage of a historical change. For the first time nearly all Americans teenagers attended high school, making it feasible to target this subset of the population through their schools, utilizing sampling techniques developed in the emerging field of public opinion polling. His first efforts were limited to the state of Indiana, then expanded to five Midwestern states. The Purdue Opinion Panel was launched on a national scale in 1945. 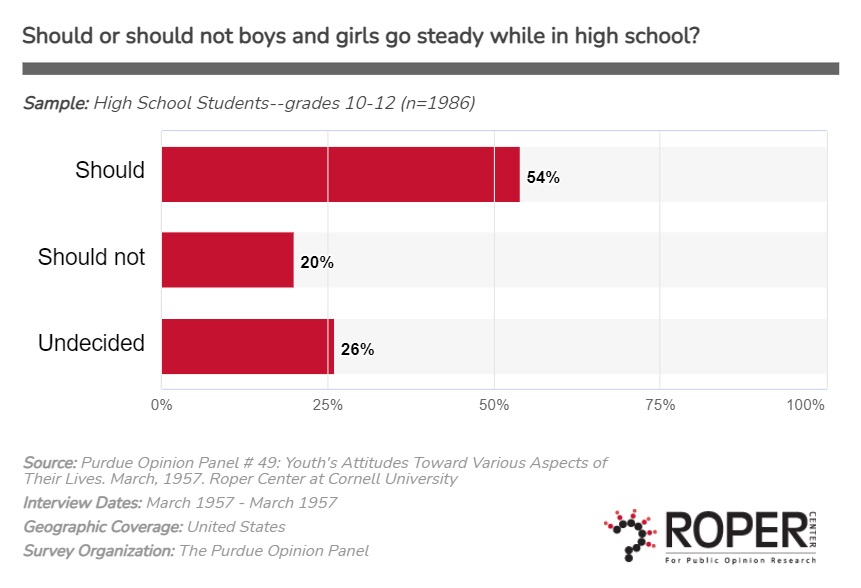 This panel used a unique approach to obtain a representative sample of students in grades 10-12. Schools subscribed to the poll, which included a ten cent payment on a per-student basis (though Purdue underwrote an estimated 90% of the costs of the program). Subscriptions included the delivery of ballots to be completed by the students and reports of the results of previous surveys, which Purdue promised would spark lively conversation and debate in classrooms. Schools were given instructions on how to obtain random samples from their classes. Then the ballots were returned to Purdue - between 10,000 and 18,000, depending on the survey. From these, a random sample of 2,000 to 3,000 ballots would be selected, stratified by sex, grade, region, and urban/rural community. 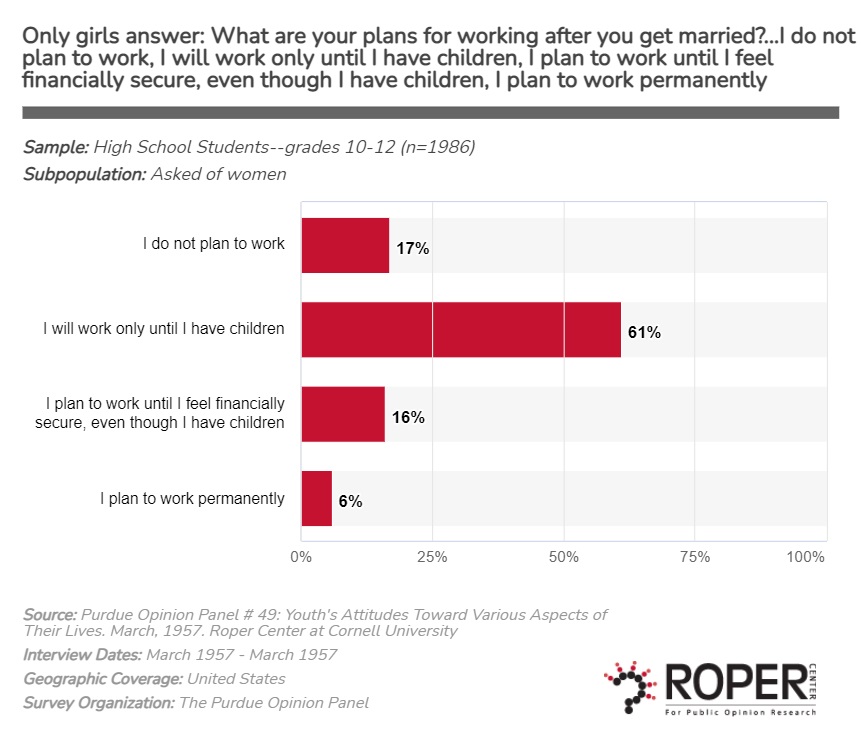 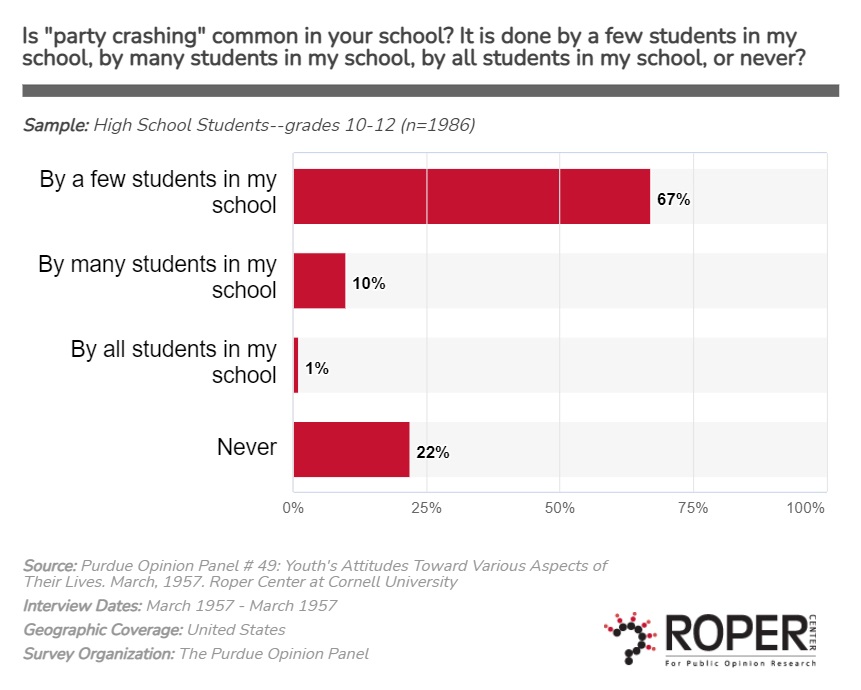 This project represented the first and, for some time, the only systematic effort to measure the opinions of teenagers in the U.S., a demographic group that in the forties was just beginning to be considered something distinctly different from both adults and children. Topics broached in the series started with “the parent problem” and education in the earliest years, then over the decades expanded to cover television, civil liberties, communism, ethics, science, selective service, drugs, poverty, and the Middle East. 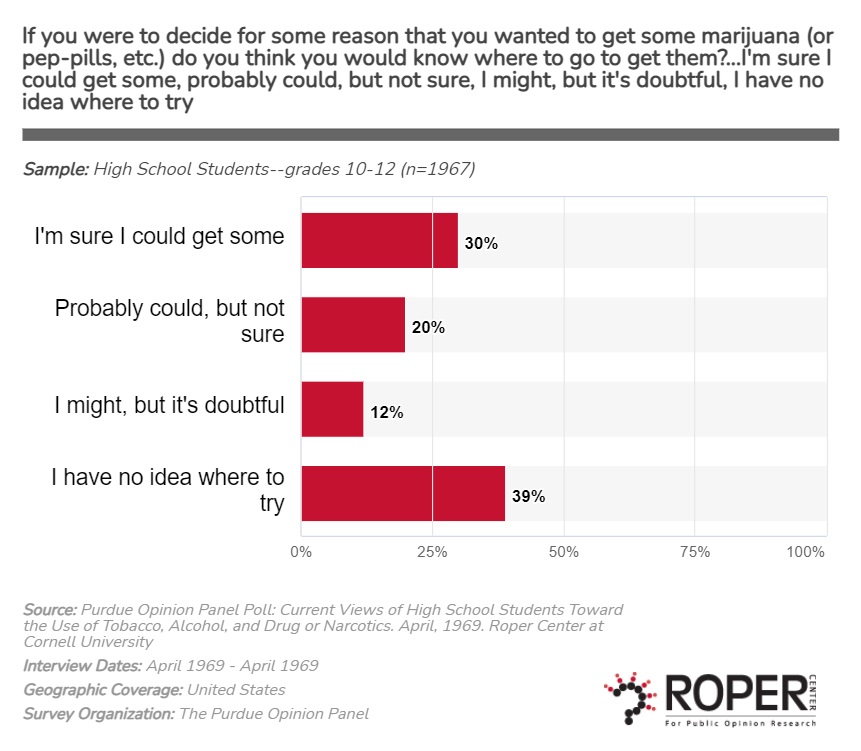 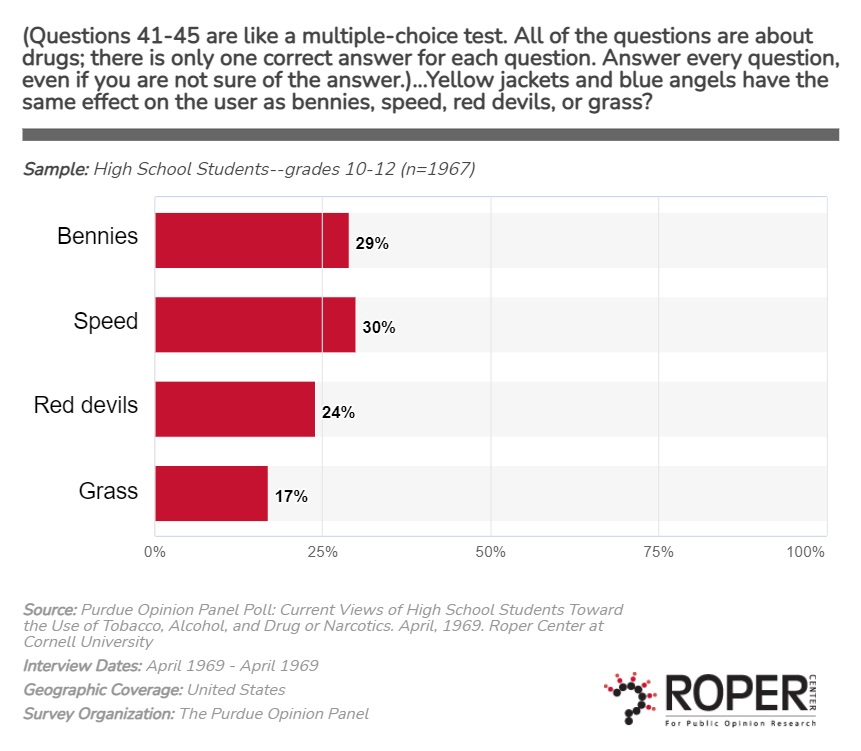 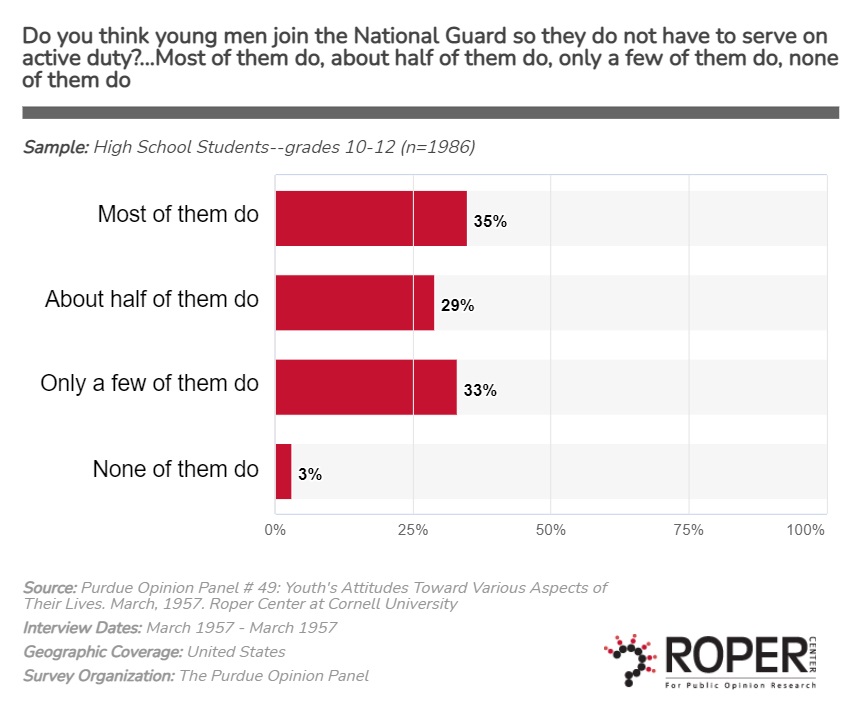 The findings of the panel were used broadly in contemporaneous educational research. In 1957, Remmers and D.H. Radler published a book summarizing the research to date for the general public. The American Teenager received mixed reviews, with some critics taking issue with what they saw as a far too pessimistic interpretation of survey results. In a 1958 article in The New Yorker, cultural critic Dwight MacDonald expressed skepticism at the ability of teenagers to answer accurately such a large range and number of complex questions with  binary answers.

Each student is asked to check off a yes after any that apply to him or her. A glance down this lengthy list produces a feeling of dizziness. Although from No. 259 (“I don’t hear very well”) to No. 261 (“I have no appetite”), for instance, is a reasonably short step, these are followed almost at once by No. 265 (“I’m concerned with what life is all about”) and No. 266 (“I’m confused in my religious beliefs”).

However, even he recognized the Purdue research team as the “most authoritative academic group in the field” of research on teenagers. 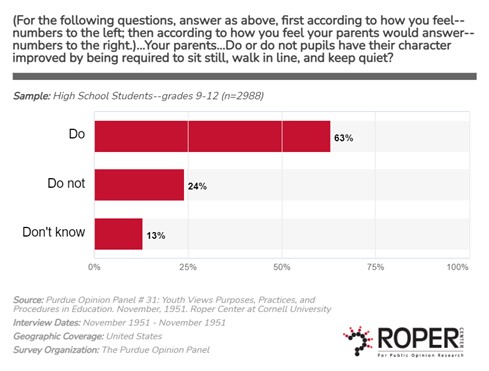 Roper Center holds datasets from sixty Purdue Opinion Panel polls from 1949 to 1974. Purdue Opinion Panel number 31: Youth Views Purposes, Practices, and Procedures in Education has recently been converted to modern statistical formats (SPSS, Stata and .csv) and the questions entered into the iPoll question database. Questions cover the purpose of education, perception of parental versus student views on educational issues, and evaluation of what schools provide.