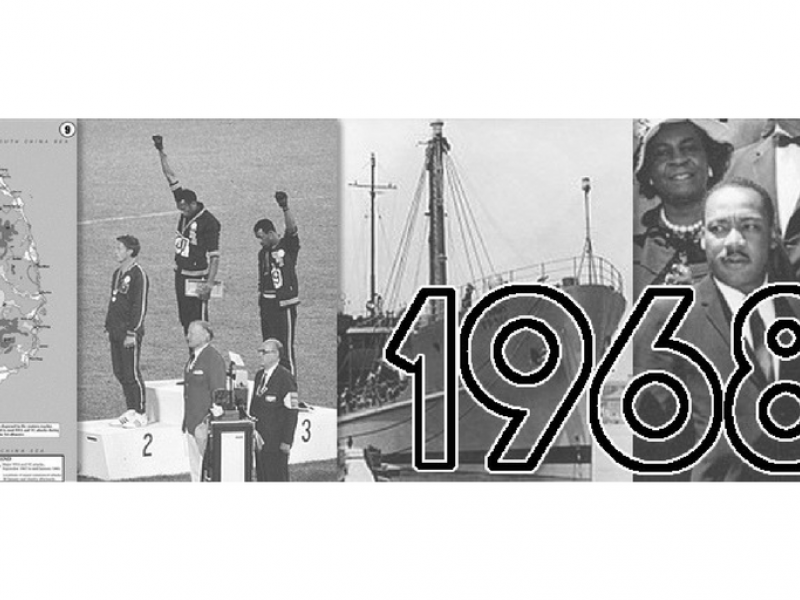 Over the last few months, tensions between the United States and North Korea have been high. Fifty years ago, the two countries faced a crisis that found nearly half of the US public expecting war. On January 23, 1968, the US Navy intelligence-gathering vessel Pueblo was fired upon and captured by North Korea, which claimed it had entered their territorial waters on a spy mission. One sailor was killed in the attack and the remaining 82 were taken into custody. The majority of the sensitive data on board was recovered by the North Korean forces. After eleven months of negotiation and the ongoing torture of the crew, the US apologized and promised not to spy any further on North Korea. The prisoners were released on December 23, 1968, and the apology and assurances were later retracted by the United States. The Pueblo itself remains in North Korean hands to this day, the 2nd-oldest commissioned ship in the US Navy. As one might expect, the US public were concerned by the Pueblo incident, but, at the height of the Vietnam War, not eager to start another conflict. In a Harris survey taken in early February, nearly all supported some action; only 5% favored doing nothing at all. The question was what to do. Seventy-six percent thought that the US should try harder to negotiate a prisoner exchange, but no other approaches garnered majority support. Only 25% backed bombing a North Korean city; 22% favored going to war with them, and even fewer, 11%, wanted the US to capture a Russian spy ship in response. A Gallup poll at the same time found 47% thought a war was likely, however, and only 38% thought it was not. In that survey 25% favored various military options, but most wanted to at least start with negotiations. Nearly half (46%) were happy with the way LBJ was handling the situation, against 32% who did not. This is surprising, as Johnson's overall Gallup rating for handling North Korea in general was only 33% approval versus 47% disapproval.