The Whole World Was Watching: Public Opinion in 1968 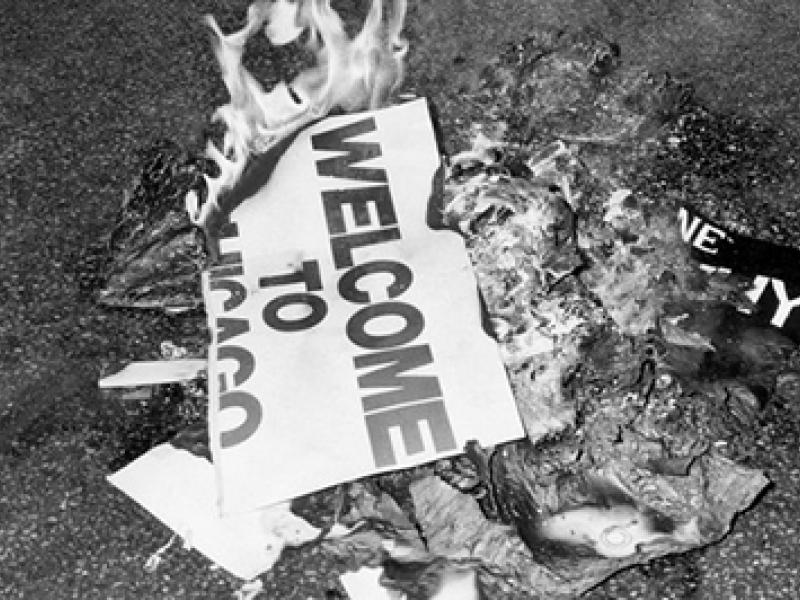 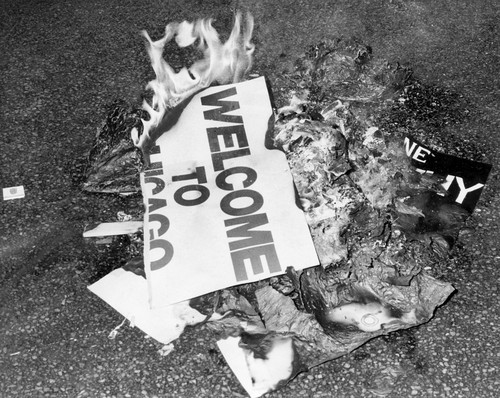 A sign saying "Welcome to Chicago" from the 1968 Democratic National Convention burns during protests in Chicago. (Chicago Tribune historical photo)

As a divided Republican Party prepares to meet in Cleveland to confirm Donald Trump as its 2016 nominee, it is appropriate to look back at public reaction to one of the most divided US political gatherings in recent history, the Chicago Democratic convention in 1968.

As fractious and strident as the current political scene has been, the recent months have still not been as tumultuous as those leading up to late August 1968. Amid mounting protest against the Vietnam War, President Lyndon Johnson announced in March that he would not run for re-election, throwing the race wide open. In April came the assassination of Martin Luther King, leading to a spring and summer of rioting and unrest in cities across the country. That month Gallup found preference for the Democratic nomination split at 33% for anti-war Senator Eugene McCarthy, 28% for Senator Robert Kennedy, and 25% for Vice President Hubert Humphrey.

By late May Humphrey, though competing only in caucuses but not primaries, was still ahead, at 34% in a Gallup poll to Kennedy's 28% and McCarthy's 26%. Then tragedy changed everything when Kennedy was assassinated in early June following his win in the California primary. By month's end, McCarthy led Humphrey 48%-40% according to Gallup, and by mid-August his lead had expanded to 48%-36%. Chicago Mayor Richard Daley was intent using the event to provide a positive image of his city to Democrats and the country at large, but that was not how things played out.

The party and convention were split between McCarthy, the peace candidate, and Humphrey, who represented a continuation of LBJ's policies. The peace plank in the party platform was defeated and Humphrey nominated, leading to numerous disturbances and protests inside and outside the hall. Reporters and protestors both were assaulted by the Chicago police. Several leaders of the antiwar protesters, a group that became known as the "Chicago Seven", were arrested the following March and charged with various offenses including crossing state lines to incite a riot. A report to the National Commission on the Causes and Prevention of Violence called the situation a "police riot," though the scenes of chaos in the streets are also widely considered to have convinced many Americans that it was safer to vote for Nixon.

The country certainly appeared to sympathize with the police more than the protestors. In a Gallup poll, 56% approved of the police response to anti-war protestors and 31% did not. In a Harris survey, 66% agreed that Daley was right in the way he used police against the demonstrators, against only 20% who disagreed. Just 14% in the same poll agreed that protestors had had their rights to protest taken away; 66% who did not. Only 34% said that the way they ran the convention proved Democrats couldn't govern America", whereas 49% disagreed, but some damage had apparently already been done. The last act of the convention's drama was the long, fractious, and controversial trial of the Chicago Seven", which began in September 1969 and ended in February 1970 with all seven acquitted of conspiracy charges. Five were convicted of inciting a riot, but these convictions were overturned on appeal in 1972. In the end none were convicted of anything more than contempt of court, and none received further jail time.

In the immediate aftermath of the trial, however, before the five convictions were overturned, most Americans were still not on the demonstrators' side. A Harris poll in March 1970 found half of the country had followed the trial. Of those, 71% thought the defendants had gotten a fair trial, and 63% said the judge had done an excellent or pretty good job. Only 31% thought he had "lost his head" and acted improperly, while 59% did not. Seventy-one percent agreed that "his patience was worn thin and he was justified in cracking down on the defendants and their lawyer", and 75% agreed that he could not have completed the trial unless he had done what he did to keep order in the courtroom" (which included having defendant Bobby Seale gagged and chained to his chair for refusing to be quiet). 79% of those who had followed the trial agreed the defendants were trying "to make a mockery of the legal process," and 80% that the defendants were "more interested in putting on a side show than in letting justice work." The latter was admittedly true, as, in the words of defendant Jerry Rubin: "Our strategy was to give Judge Hoffman a heart attack. We gave the court system a heart attack, which is even better."

The Chicago Seven's courtroom shenanigans were meant to underscore their belief that they could not receive a fair trial. Only 11% of Americans watching agreed with them however, while 81% rejected the contention that "the trial was rigged against the defendants and they didn't have a chance from the beginning." Twenty-three percent even agreed that "protesters such as the Chicago 7 are revolutionaries who want to destroy the system and shouldn't even be given the right to a trial," though 71% would not go that far. These numbers clearly indicate that the majority of Americans polled reacted negatively to the unrest and chaos of the scenes they saw on their televisions from inside and outside the hall in Chicago, and they were more concerned with order than the rights of the protestors and the relative worth of their cause.

While opposition to the Vietnam War was growing, a Gallup survey taken immediately following the convention found 47% thought Nixon would do a better job of dealing with the war. Only 28% thought Humphrey would. Another XX poll two weeks later found 57%-60% would not favor either candidate more if they took "a stronger peace position on Vietnam". By the time of the Chicago Seven trial's end in 1970, 69% told Harris that they agreed with Vice-President Agnew "wanting to see anti-Vietnam and student demonstrators cracked down on." A Gallup poll in March of that year found 53% approval for Nixon's handling of the situation in Vietnam even as the war was threatening to spread into neighboring Laos.

Public opinion about American involvement in Southeast Asia would change greatly over the next five years, and the national dialogue about student protest and official response to it would be forever altered that May at Kent State. To those who lived through the late sixties, some recent events may feel ominous, potential portents of the coming of even greater discord and trouble. The country as a whole can only hope that this years' conventions are far less difficult and divisive than Detroit was in 1968.

Carl Brown is iPoll Acquisitions Manager. He has been with the Roper Center since 1999, and currently collects and prepares new polls for entry into the iPoll system and selects poll questions for our daily Twitter and Facebook feeds. He has a B.A. in Modern European History and an M.A. in American History from the University of Connecticut.