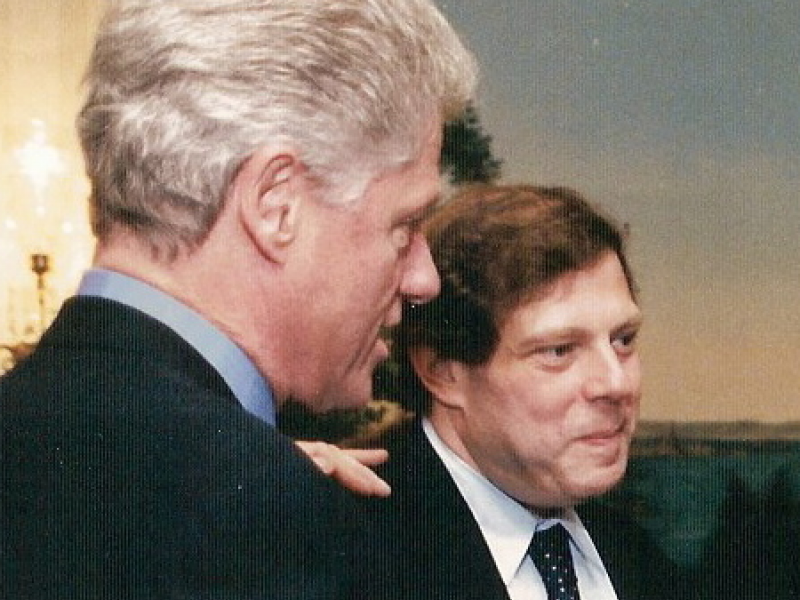 The Roper Center for Public Opinion Research at Cornell University, and the Special Collections Research Center at The George Washington University, Division of Libraries and Academic Innovation are collaborating to showcase the political polling of Mark J. Penn, pollster for President Bill Clinton and chief strategist and pollster in the Hillary Clinton 2008 presidential campaign.

In 2010, Penn donated a portion of his personal collection of polls to establish the Society of Presidential Pollsters within George Washington University’s Graduate School of Political Management. The Society is devoted to the examination of the unique and private relationships that presidents have had with their pollsters since Franklin Delano Roosevelt. Presidential and campaign polling—the questions asked, the answers compiled, and the way in which that information is used in decision-making—paints an important picture of the history of American democracy.

Topline results from polling reports in the Penn collection will be entered into the Roper Center’s iPoll database to increase their findability and visibility. This material will join other political polling in Roper’s collections, including polls from Franklin Roosevelt, Richard Nixon, and Ronald Reagan.

Surveys and toplines are being added regularly.  Access the collection in Roper iPoll here.

This innovative collaboration will aid researchers in finding and using this data, allow them to place the findings in the context of other polls from the same time period, and lead them to the additional strategy memos, data analysis, and other important material preserved at the Society of Presidential Pollsters at George Washington University.