Paradise Polled: Americans and the Afterlife 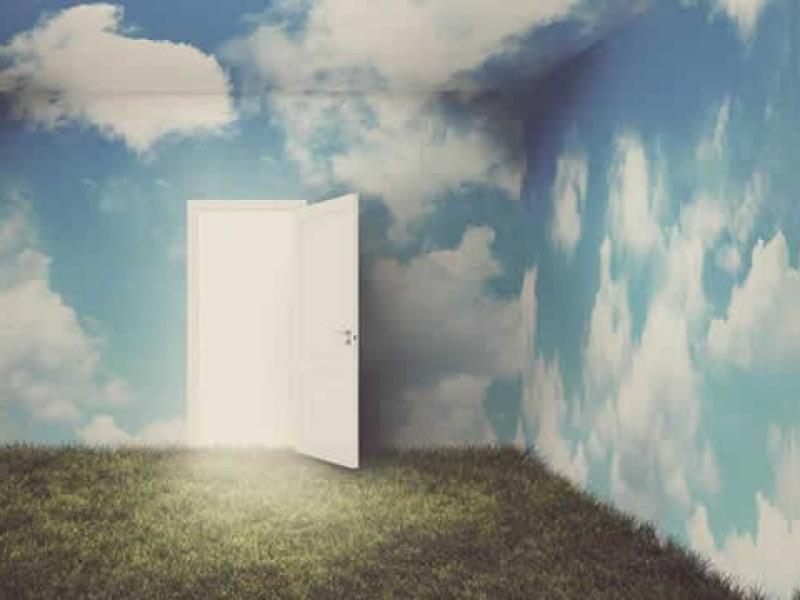 Since the genesis of modern polling, the American public has been asked about not only their opinions on the political and social issues of the day, but their beliefs about the biggest questions humanity faces. What are the most important things in life? What makes us happy? And that most unanswerable of questions: what happens after we die? A history of polling on the afterlife, from the Roper Center for Public Opinion Research archive.

And death shall have no dominion

Americans' belief in an afterlife is very stable across the decades, showing little variability since 1944. It is perhaps not surprising that a people known for strong religious feeling would have consistent belief in life after death, but what might be unexpected is that the question "do you believe in life after death" consistently gets lower positive responses than the question "do you believe in heaven?" This may be an issue of semantics, with people having a narrower definition of "life after death" than of "heaven". Belief in heaven has stayed over eight in ten since the late 1960s, while belief in life after death remains roughly in the range of seven in ten. Belief in hell is somewhat lower still.

In heaven there is no beer

Although Gallup attempted an open-ended question in the 1940s about what respondents imagined the afterlife to be like, extensive polling about the public conception of heaven or the afterlife was not undertaken until the 1980s. A 1986 ABC News/Washington Post poll that asked simply if heaven was a real place found 81% saying yes. But among these, 82% said that it was a place where people existed only spiritually, not physically. A 2005 update of this question from ABC asked those who believed in heaven if it was a place people existed spiritually or physically, and found similar results - 78% said spiritually, 8% physically, and 9% volunteered both. This spiritual/physical dichotomy may explain some of the gap between belief in heaven and life after death. In 1988, Gallup/Newsweek asked the most complex battery of questions ever put to the public about heaven, revealing a complicated picture of the American conception of the afterlife, with some areas of broad agreement and others of division.

This train don't carry no gamblers

Belief in heaven may be widely shared, but there is less agreement about who gets to go. A majority of believers in an afterlife said in a 2006 poll said those who were not of their faith could go to heaven. In another poll that year, a slightly lower proportion of believers in heaven said both Christians and non-Christians could go to heaven. In a 2004 poll, Catholics and non-evangelicals were more likely than Protestants and evangelicals to say that Muslims and atheists could go to heaven. Those who believe in heaven are fairly certain that they themselves are going there. In a 2014 CBS News poll, 82% said they would, 2% said they were headed to hell, while 9% said neither, and 7% didn't know.

More things in heaven and earth

Some polls have made respondents choose from a full array of possibilities of what might happen after death. A 2005 PSRA/Newsweek poll found that 67% believed that the person's soul goes to heaven or hell, 13% that the soul lives in some sort of spiritual realm, 6% that it's all over, and 5% that the soul is reincarnated. A 2010 60 Minutes/Vanity Fair poll found that 65% of Americans believed that people go to heaven, hell or purgatory after death, 7% believed they go to another dimension, 6% believed they are reborn on earth, and 2% believed they become ghosts. Just 13% did not believe there is any afterlife, and 7% didn't know. Such questions force a choice between Christian views of the afterlife and alternative possibilities found in other religious traditions or in the realm of superstition. But other polling indicates that beliefs in reincarnation and ghosts are not mutually exclusive with belief in traditional Christian conceptions of life after death. In the most recent poll on the topic, nearly one in five Americans expressed belief in reincarnation, a proportion that has stayed roughly at the same level since the question was first asked in 1968. In the 2011 poll, 15% of Protestants and 24% of Catholics said they believed in reincarnation.

Message from the beyond

Polling to date has focused on the broadest outlines of Americans' beliefs about the afterlife. The complex intersections of belief revealed by the findings to this point call out for a deeper exploration of how Americans have incorporated different ideas about life after death into their own beliefs about what awaits them in the hereafter.