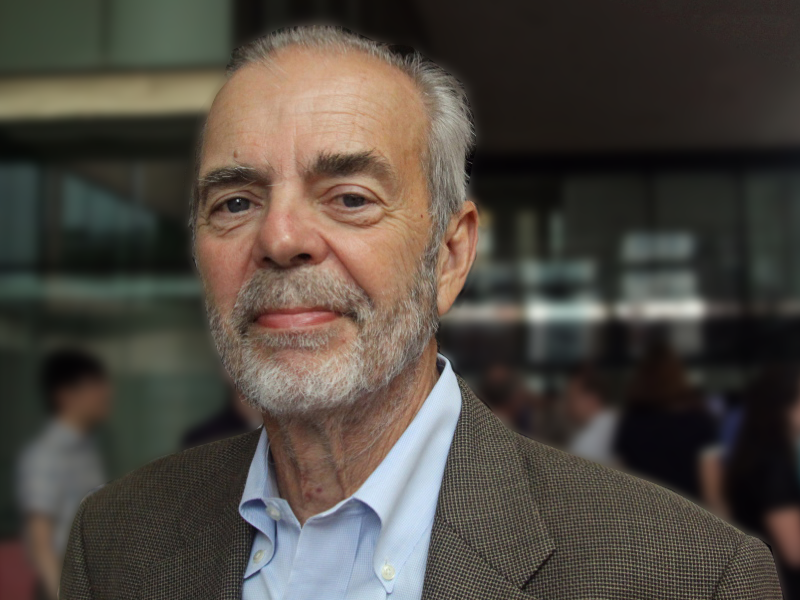 Andrew Kohut (1942-2015) was a leading figure in the American polling industry. Kohut received his A.B. Degree from Seton Hall University in 1964 before undertaking graduate studies in Sociology at Rutgers University from 1964 to 1966. From 1979 to 1989, Kohut was President of The Gallup Organization. In 1989, he founded Princeton Survey Research Associates, a research firm specializing in media, politics, and public policy studies. From 1994-1995, Kohut was President of the American Association of Public Opinion Research.

Andy was the Founding Director of the Pew Research Center, serving as Director of the Pew Research Center for the People and the Press from 1993-2012 and as the Pew Research Center President from 2004-2012. Under his leadership, Pew established an expansive research agenda that provided the public, media, and policy makers with a reliable source of quality information on public opinion. Kohut is also well known for his international polling with Madeleine Albright, beginning in 1991 after the fall of the Berlin Wall, which surveyed 12 countries with a focus on the Eastern Bloc countries who had just gained independence. In 2001, he created the Pew Global Attitudes Project, conducting more than 340,000 interviews in 60 countries. He was also the President of the National Council on Public Polls from 2000-2001, a member of the Market Research Council, and a member of the Council on Foreign Relations. In 2005, he received the American Association of Public Opinion Research’s highest award, the Award for Exceptionally Distinguished Achievement. Kohut also served on the Roper Center’s Board of Directors in the 1980s.

Kohut was a well-known press commentator on public opinion polls, serving as a public opinion consultant and analyst for National Public Radio (NPR) in recent election cycles. Kohut often appeared on television news to speak on public opinion, most notably for NewsHour with Jim Lehrer. Kohut was an accomplished writer, contributing several scholarly journal articles to the field of public opinion and many op-ed pieces to the New York Times and the Columbia Journalism Review. He also co-authored four books, most recently America Against the World and The Diminishing Divide: Religion’s Changing Role in American Politics. In 2014, Kohut was recognized for his contributions to the field, winning the Warren J. Mitofsky Award for Excellence in Public Opinion Research.

In Appreciation of the More than 1,200 Surveys Touched by the Wise Leadership of Andrew Kohut

A student of George Gallup and Paul Perry, Andrew Kohut was president of the Gallup Organization from 1979-1989

Andrew Kohut and Diane Colasanto jointly formed and owned the Princeton Survey Research Associates from 1989-2003, conducting polls for Newsweek and for Times Mirror (1990-1994), where he also served as the founding director.

Kohut was the founding director of the Pew Research Center, where he served in that capacity from 2004-2012.

National Public Radio(NPR) – An Authority On Public Opinion Polling, Born Of His Respect For People