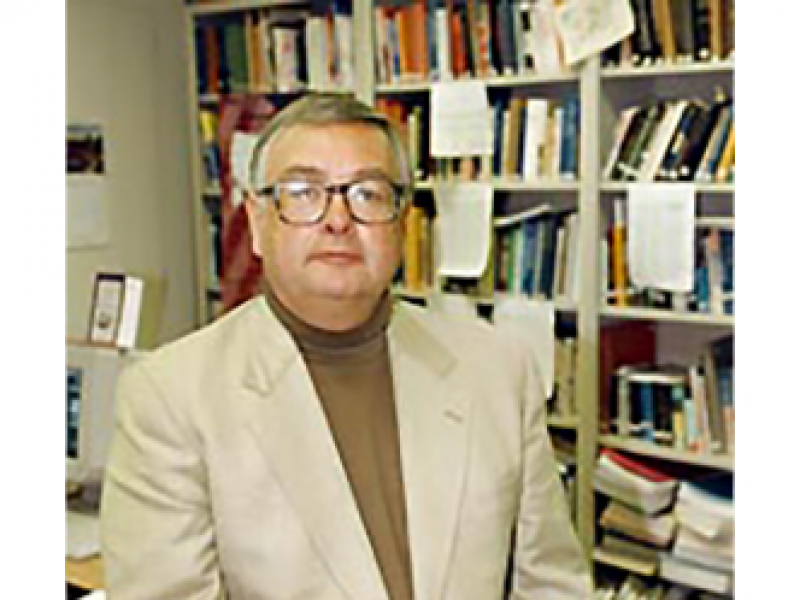 Everett Carll Ladd (1937-1999) was an American political scientist and Executive Director of the Roper Center for Public Opinion Research. Born on September 24, 1937 in Saco, Maine, Everett received his Bachelor’s Degree from Bates College and his Ph.D. in political science from Cornell University. In 1964, Ladd joined the University of Connecticut as a Political Science professor. In the second half of the 1960s, Ladd founded the Social Science Data Center which later became the Institute for Social Inquiry. The Institute for Social Inquiry contained the Survey Research Center, the forerunner of the Public Policy Department at Connecticut. In 1978, the Roper Center for Public Opinion Research announced that it was moving from Williams College in Massachusetts to the University of Connecticut. Shortly before the Center moved, Everett Ladd was named the Executive Director.

Under Ladd’s leadership, the Roper Center became the premier archive of polling data in the world, encompassing both national and international surveys. On his watch, the Roper Center moved online, using the first online retrieval system for polling information. He also expanded the Center’s mission to include public opinion research. Ladd was also one of the university’s most prolific writers, completing over twenty books during his tenure at Connecticut as well a nationally used textbook, The American Polity. During his tenure as Executive Director of the Roper Center, Ladd interacted with the news media constantly, writing columns for Wall Street Journal, New York Times, and The Chronicle of Higher Education. He was also published in the public opinion journals Public Perspective and America at the Polls. He was a columnist for the The Christian Science Monitor from 1987 to 1995 and Senior Editor for Public Opinion magazine. Ladd also contributed to the public opinion industry through his own publications like The Ladd Report: The Surprising View of an Explosion of Voluntary Groups, Activities, and Charitable Donations That is Transforming our Towns and Cities. Ladd also taught at the American Enterprise Institute for Public Policy Research in Washington. He held fellowships from the Ford, Guggenheim, and Rockefeller Foundations. He also attained fellowships at the Center for International Studies at Harvard, the Hoover Institution at Stanford, and the Center for Advanced Study in the Behavioral Sciences in Palo Alto, California.

Ladd was an internationally recognized authority on American public opinion and continually advocated for the use of public opinion to ensure that democracy was responsive to the will of the people.