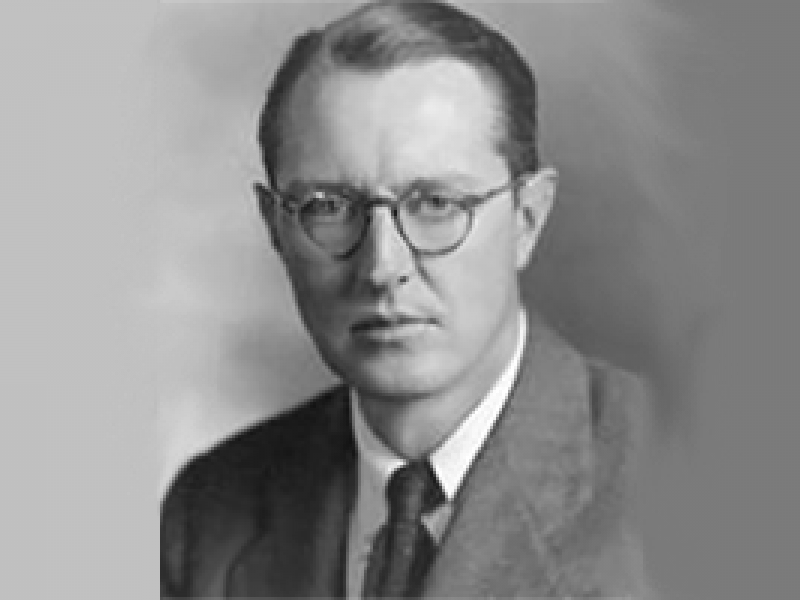 Born in Hyrum, Utah in 1906, Hadley Cantril received his Bachelors of Science Degree from Dartmouth in 1928 and his Ph.D. from Harvard in 1931. After spending a few years teaching at Dartmouth and Harvard, he joined the Princeton Psychology Department in 1936 where he later became chairman.

“There has already been, and there undoubtedly will be and should be for many years, serious discussion of the place of public opinion and reporting in a democracy. Some critics claim that the polls are undermining the theory of representative government on which this country was founded; some believe the polls influence legislators to such an extent that the judgment of experts goes unheeded. On the other hand, certain policy makers hail the polls as an answer to Abraham Lincoln’s dilemma: ‘What I want is to get done what the people desire to have done, and the question for me is how to find that out exactly.'”

In 1939, he established the Princeton Listening Centre to study German Radio Propaganda. During this time he also received a grant from the Rockefeller Foundation to establish an Office of Public Opinion Research. This brought him in contact with George Gallup and Archibald Crossley, two of the most groundbreaking public opinion pioneers of the period. During the Second World War, he worked as an advisor to FDR on public opinion towards involvement in the conflict unfolding in Europe. He also served as an agent for British Security Coordination during the war.

In 1948, Dr. Cantril became a Program Director for UNESCO in Paris studying the role that international tensions play in causing wars. During the post-war years, he was a founding member of the Society for the Psychological Study of Social Issues, president of the Eastern Psychological Association, and a recipient of the American Association of Public Opinion Research Award for distinguished achievement. In 1955, Dr. Cantril left Princeton to found the Institute for International Social Research with his colleague Lloyd Free. The Institute's research centered on transactional psychology and included several small-scale international surveys commissioned by the United States government for use in policy decision-making. This organization was commissioned by the United States Government to conduct several small-scale international surveys to be used for policy decisions. One such notable survey was one conducted in Cuba in 1960 for President Eisenhower in which they found that the Cuban people had a high level of support for Fidel Castro. Unfortunately for Eisenhower’s successor, JFK, this information was not passed along until after the failed Bay of Pigs Invasion. In 1965, Cantril published his most successful work, The Patterns of Human Concerns, which linked survey research data with findings in laboratory environments and is notable for creating Cantril’s Ladder. By his death in 1969, Hadley Cantril had written over 100 journal articles and 18 books.