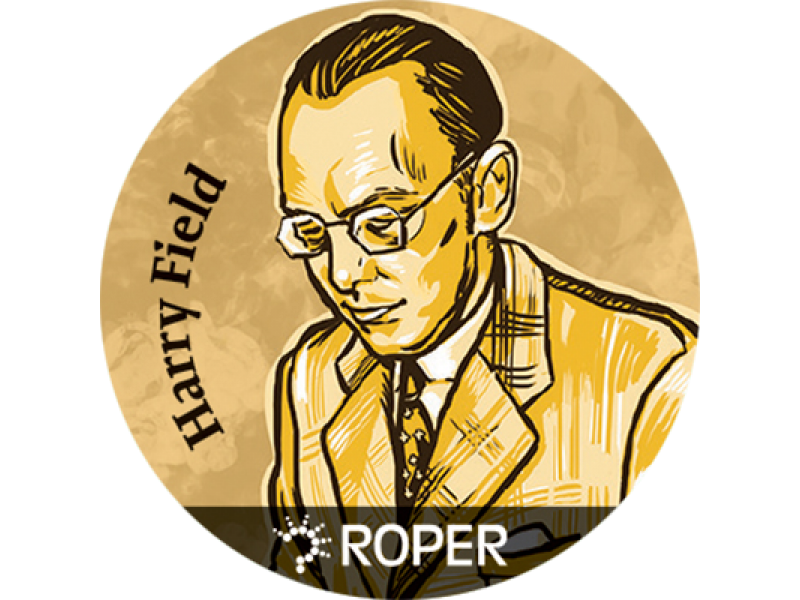 Harry Hubert Field (1897-1946) was a public opinion pioneer and an instrumental figure in the development of the National Opinion Research Center.

”Public Opinion polls and surveys hold a grave responsibility both in times of war and of peace, The proved accuracy of the established organizations in forecasting election results within a very small margin of error has bolstered public confidence in opinion surveys to a remarkable – and sometimes alarming – degree. Polls must be worthy of this trust.”

From Interviewing for NORC, Harry Field, 1946

Born in Harrogate, England in 1897, Field immigrated to the United States in 1919 after serving four years in World War One. As he immersed himself in American culture, Harry worked several jobs, from laborer to door-to-door salesman, before progressing to magazine and newspaper writing. His interest in writing led him to India, where he collaborated on the controversial book Mother India and wrote his own book, After Mother India.

Harry’s interest in public opinion stemmed from his interactions with George Gallup in the early 1930s. In 1935, he helped Gallup establish the British Institute of Public Opinion and later aided in the establishment of the Australian and French Institutes of Public Opinion. In 1941, he went out on his own, establishing The National Opinion Research Center (NORC), the first non-profit polling service in the world. NORC quickly rose to prominence, and during the Second World War it was called upon by the United States Government to undertake almost 100 studies. After the war, Field strove to make public opinion research an effective tool for solving societal issues. His last project before his death was​​ working with UNESCO on integrating public opinion research into their efforts.​​ Harry Field was killed in a plane crash on September 4, 1946 at Le Bourget airport in Paris, France.​ Field is credited with being an early leader in the public opinion field and founding NORC, which has gone on to become a leading organization in the field.

The NORC data collection is archived at the Roper Center.