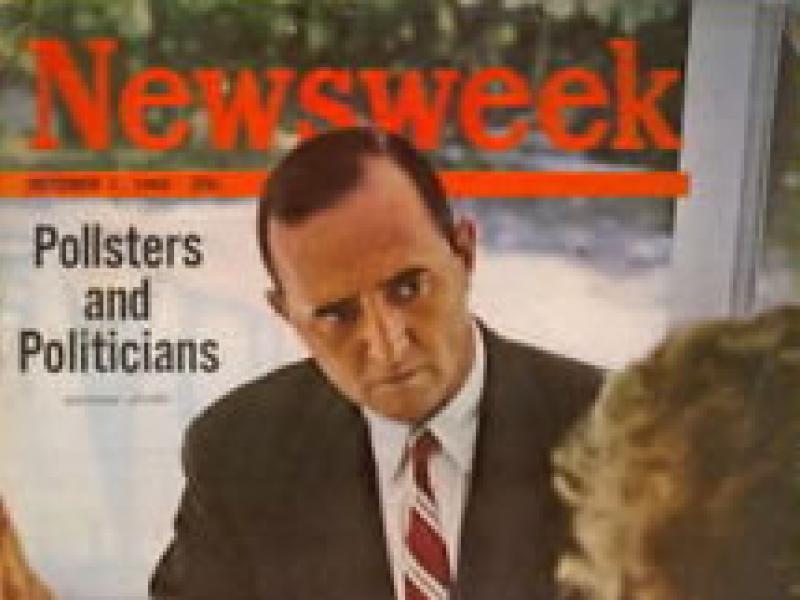 Louis Harris (1921-present) was a prominent public opinion analyst. A native of New Haven, Connecticut, Harris graduated with a degree in economics from the University of North Carolina in 1942. From 1942 to 1946, Harris served in the U.S. Naval Reserve. After leaving the military, Harris entered the world of public opinion when he joined the polling firm run by Elmo Roper. Serving as Roper’s assistant, Harris wrote newspaper columns and radio scripts as well as conducted political research for the company. In 1956, Harris left Roper’s company to start his own, called Louis Harris and Associates, based in New York City. In 1960, Harris was employed by Kennedy’s campaign, becoming the first presidential pollster. Using this success, he went on to work the campaigns of hundreds of political candidates, both Republican and Democrat.

By 1962, Harris was the chief polling analyst for CBS News, using a technique in which the election result could be predicted using a computer analysis of the voting results in a small number of key precincts. In 1969, he moved to ABC News to continue as a polling analyst. From the 1960s to 1980s, he served as a successful columnist for several papers. He wrote for the Washington Post and Newsweek from 1963-1968 and for the Chicago News-New York Daily News Syndicate from 1969-1988. In 1992, he retired from Louis Harris and Associates and started another company, a polling firm called LH Research. Harris was also a successful writer, publishing books from the 1950s to the 1980s. Some of his more famous works include: Is There a Republican Majority? Politi (1954), The Negro Revolution in America (1964), Black-Jewish Relations in New York City: The Anguish of Change (1973), and Inside America (1987). In 1996, Louis Harris and Associates was bought by Gordon Black and became known as Harris Interactive.