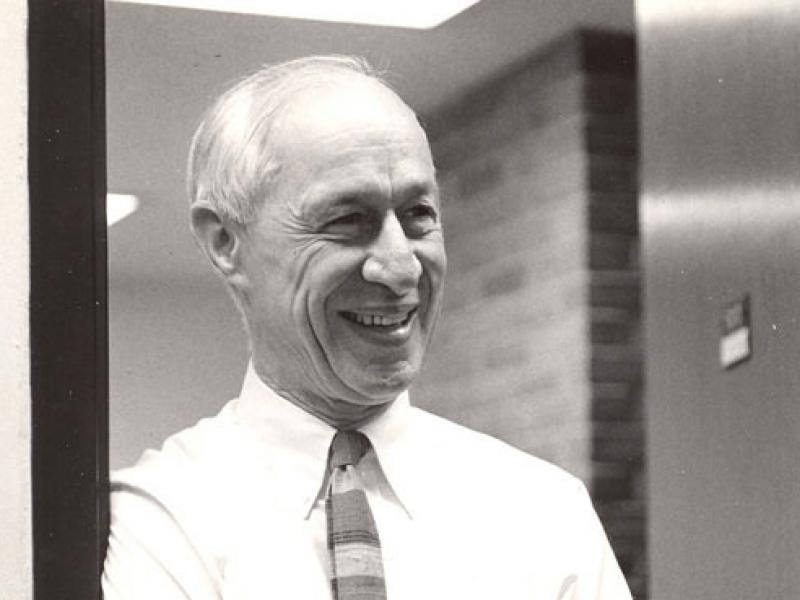 Rensis Likert (1903-1981) was a renowned social scientist and the first director of the Institute for Social Research. Likert, a native of Cheyenne, Wyoming, completed his undergraduate work at the University of Michigan in 1926 and went on to receive his Ph.D. from Columbia University in 1932. After graduating, Likert joined the faculty at New York University. By the mid-1930s, he left the academic world for public service, becoming the head of the Division of Program Surveys for the Bureau of Agricultural Economics at the U.S. Department of Agriculture. From 1935-1939, Likert served as the research director for the Life Insurance Agency Management Association. When World War Two struck, Rensis supported the war effort by becoming Director of the Morale Division of the U.S. Strategic Bombing Survey.

After the war, Likert returned to teaching psychology and sociology at the University of Michigan, where he remained until 1970. While at Michigan, he served as the director of the Survey Research Center from 1946-1948 and founded his own survey research company, Rensis Likert Associates. Under his leadership, the Survey Research Center became the country’s largest university based social science research organization. Likert is most famous for his development of the Likert scale, designed to measure attitudes or opinions along a continuum, a core method in public opinion research.

During the 1950s and 1960s, Rensis held several prestigious positions and received many awards. He was a member of the National Academy of Public Administration, President of the American Statistical Association, and was on the Board of Directors of the American Psychological Association. In 1955, he received the Paul D. Converse Award from the University of Illinois and in 1962 he received the James A. Hamilton Award. He also received awards from the Organization Development Council, the McKinsey Foundation, the Society for the Advancement of Management, the American Board of Examiners of Professional Psychologists, the American Society for Training and Development, and the American Association of Public Opinion Research.