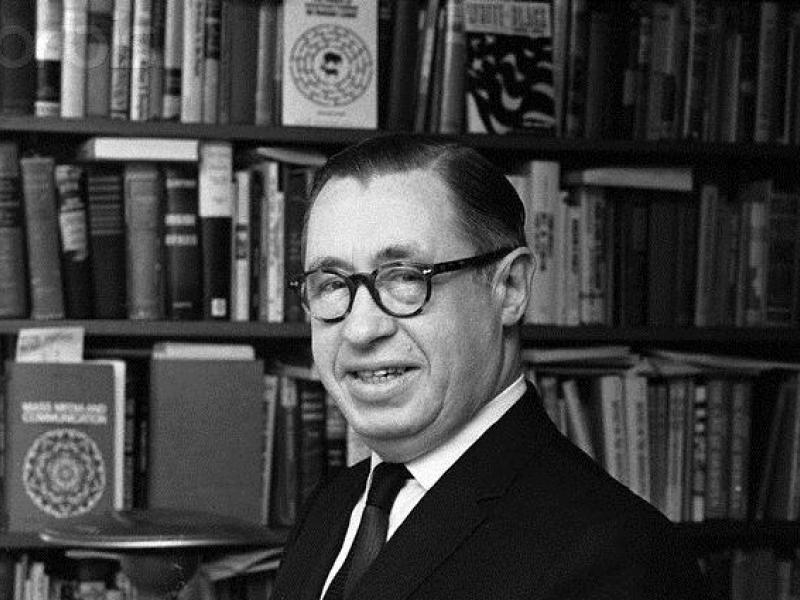 Samuel Lubell (Lubelsky) (1911-1987) was an influential writer and public opinion analyst known for his successful election predictions in the 1950s and 1960s using voter interviews. Born in 1911 in Poland, he came to the United States with his parents when he was two years old, settling in New York. He attended City College of New York as an undergraduate and the Columbia School of Journalism for his graduate education. In 1933, he received the school’s Pulitzer Traveling Scholarship. After graduation, he worked for several newspapers, moving to Washington in 1938 to work for the Washington Post and later The Richmond Times-Dispatch and The Washington Herald. It was during this time that he began a twenty-one year freelancing relationship with the Saturday Evening Post.

In 1941, at the star of World War Two, Lubell joined the Office of War Information as the chief aide to Bernard Baruch. He also served as an assistant to the Director of the Office of Economic Stabilization James Byrnes in October 1942. During the war, Lubell was named the General Secretary of the Rubber Survey Committee. After the war, Samuel was a foreign correspondent until 1948, when he became involved in public opinion polls and political analyzing. In 1948, the Saturday Evening Post asked him to analyze the presidential election of that year in which Harry Truman defeated Thomas Dewey convincingly, contrary to the predictions of prominent public opinion analysts George Gallup, Elmo Roper, and Archibald Crossley. The techniques that Lubell learned from this experience led to his first of many successful books, The Future of American Politics, in 1952. This was followed by a sequel in 1956 called The Revolt of the Moderates. Lubell’s approach to predicting elections involved analyzing a small but important number of precincts in a state to allow him to predict how the entire state would vote. This technique was put on display when he correctly predicted a landslide victory for Dwight Eisenhower in the 1952 presidential election by looking at the results from three precincts in Richmond, Virginia. From 1958 to 1968, he directed the Opinion Reporting Workshop at Columbia University and later taught courses at American University in Washington. Lubell was forced to retire after he suffered a stroke in 1976, remaining in retirement until his death in 1987.