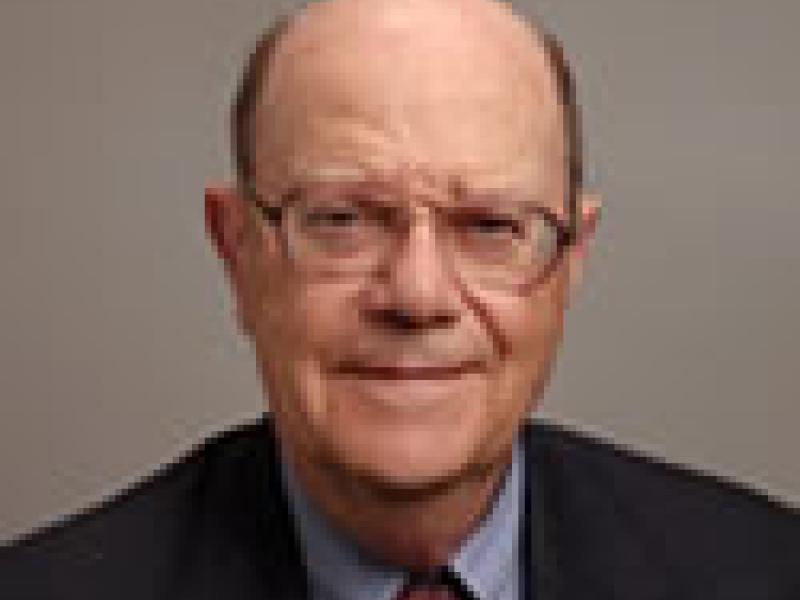 The Board of Directors of the Roper Center for Public Opinion Research is pleased to announce that Norman M. Bradburn, senior fellow with the Cultural Policy Center at NORC at the University of Chicago, is the recipient of the 2012 Warren J. Mitofsky Award for Excellence in Public Opinion Research. The award recognizes Bradburn's impact on social and behavioral research that he established through his scholarship and leadership positions in the academy, the National Science Foundation, and within NORC. Dr. Bradburn's leadership at NORC and his enthusiasm to share his immense expertise in survey methodology, questionnaire design and cognitive processing as pertains to survey design has impacted survey research and improved the quality of data now archived with the Center and beyond. Dr. Bradburn's contribution to the field of sample survey research has been extensive, focusing on developing theory and practice. He has concentrated on non-sampling error and research on cognitive processes in responses to sample surveys. He has authored numerous books relating to this including, Thinking About Answers: The Application of Cognitive Process to Survey Methodology (co-authored with Seymour Sudman and Norbert Schwarz; Jossey-Bass, 1996). His other publications on methodology and designing questionnaires that are a staple of any survey researcher's library include: Polls and Surveys: Understanding What They Tell Us (with Seymour Sudman; Jossey-Bass, 1988); Asking Questions: A Practical Guide to Questionnaire Construction (with Seymour Sudman; Jossey-Bass, 1982; 2nd edition with Brian Wansink, 2004) and Improving Interviewing Method and Questionnaire Design (Jossey-Bass, 1979). Bradburn's extensive list of publications spans scholarly books and journals to practical guides and handbooks, to venues serving more popular audiences like the Roper Center's former magazine, Public Perspective. The broad reach of his work attests to his predisposition to improving understanding of survey research across the broader research community. At the University of Chicago, Dr. Bradburn is the Tiffany and Margaret Blake Distinguished Service Professor Emeritus, and serves on the faculties of the Irving B. Harris Graduate School of Public Policy Studies, the Department of Psychology, the Graduate School of Business and the College. He served as provost of the University of Chicago (1984-1989), chairman of the UC Department of Behavioral Sciences (1973-1979), and associate dean of its Division of the Social Sciences (1971-1973). Dr. Bradburn is currently a senior fellow at the National Opinion Research Center in the Cultural Policy Center. Associated with NORC since 1961, he has contributed to the great success of NORC having been director of NORC and president of its Board of Trustees. He is currently directing a project to develop Humanities Indicators for the American Academy of Arts and Sciences and a survey of recently completed construction projects in the cultural sector. From 2000-2004 he served as Assistant Director for Social, Behavioral and Economic Sciences at the National Science Foundation. Among his vast list of achievements, Bradburn is past president of the American Association of Public Opinion Research (1991-1992) and chaired the Committee on National Statistics of the National Research Council/ National Academy of Sciences from 1993 to 1998. Bradburn chaired the NRC/NAS panel to advise the Census Bureau on alternative methods for conducting the census in the year 2000. The report, published as Counting People in the Information Age, was presented to the Census Bureau in October 1994. He was a member of the NRC/NAS panel to review the National Assessment of Educational Progress and the panel to assess the 2000 Census. He is a member of the NRC/NAS Committee to Assess Research Doctorate Programs, chair of its panel on data, and a member of the Board on Research Data and Information. Bradburn is a fellow of the American Statistical Association, a fellow of the American Association for the Advancement of Science and an elected member of the International Institute of Statistics. He was elected to the American Academy of Arts and Sciences in 1994. In 1996 he was named the first Wildenmann Guest Professor at the Zentrum f√ºr Umfragen, Methoden und Analyse in Mannheim, Germany. In 2004 he was given the Statistics Canada/American Statistical Association Waksberg Award in recognition of outstanding contributions to the theory and practice of survey methodology. In 1985 Bradburn was also presented with the World Association of Public Opinion Research's Helen Dinerman Award for career contributions to innovative research and research methodology. Dr. Bradburn received Bachelor of Arts degrees from the University of Chicago and Oxford University before acquiring his MA in Clinical Psychology and PhD in Social Psychology from Harvard. A reception honoring Norman Bradburn will be hosted by the Roper Center Board of Directors on November 15, 2012 at the 701 Pennsylvania Restaurant in Washington, DC. The Warren J. Mitofsky Award for Excellence in Public Opinion Research was established as a tribute to Warren Mitofsky who was chairman of the Roper Center Board of Directors. The Center established a fund in his name to support the Roper Center and sponsor an annual award for outstanding work utilizing the Center's archival holdings. Please consider contributing to this fund, the Andrew Kohut Student Fellowship Fund or the Roper Center General Fund, to help ensure the continuation of the important work of the Roper Center into the future. Your generosity is appreciated. The 2012 Award Committee members are Nancy Belden, Michael X. Delli Carpini (chair), Arthur Lupia, Diana Owens, and Susan Pinkus.