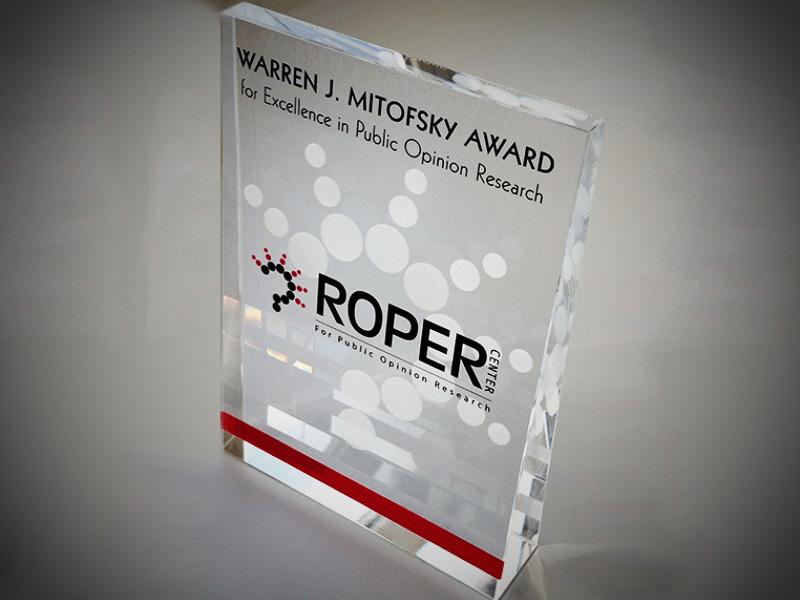 Nominees can include those with recent work or past work that continues to have a significant impact on our understanding of public opinion. Nominations can be made for a specific project, innovation, conference paper, article or book, or for a larger body of work by a researcher or practitioner. Special consideration will be given to work drawn on data archived at the Roper Center. The Center welcomes and encourages diversity in all aspects of the research profession, including our award nominees.

Anyone can make a nomination (including self-nominations) by submitting a statement that includes the full citation of the work(s), a brief description of the work’s significance and impact, and any connection of the nominee to the Roper Center’s public opinion data archives such as a contribution to the archives or use of the archives for research or other purposes.

For full consideration, nominations must be received by March 31, 2021.

Click here to read about past recipients of the Warren J. Mitofsky Award for Excellence in Public Opinion Research.