Energy and Climate Change in the 2016 Election 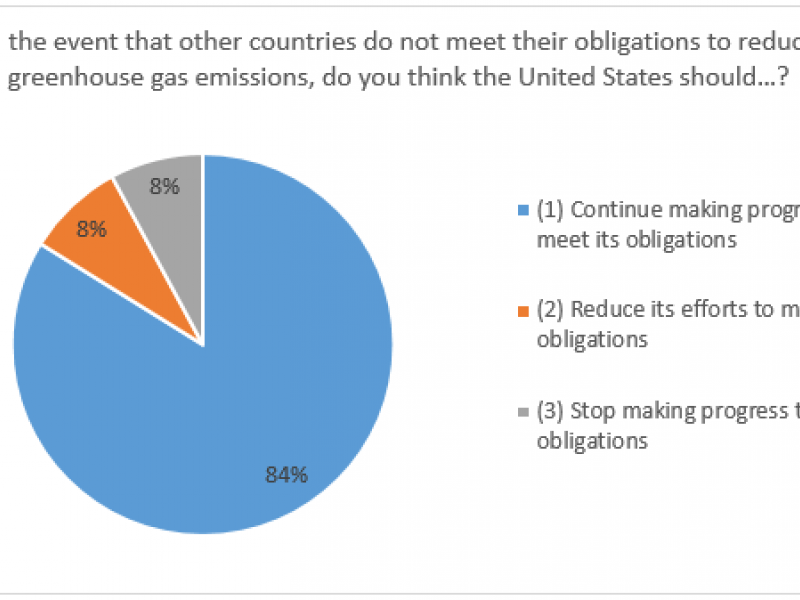 In 2016 the Energy Policy Institute at the University of Chicago and the Associated Press-NORC Center for Public Affairs Research released the Energy and Climate Change in the 2016 Election poll of 1,096 adults. The survey highlights Americans' attitudes on energy, climate change, and government action ahead of the presidential election. Topics covered include importance of environmental issues for voters, role of government in combating climate change, U.S. role in international agreements, attitudes toward fracking, and greenhouse gas reduction. This poll finds that most Americans say the U.S. should maintain its commitment under the Paris Agreement, even if other countries do not. In the event that other countries do not meet their obligations to reduce greenhouse gas emissions, more than 80% of Americans say the U.S. should continue making progress to meet its obligations anyhow (source: http://www.apnorc.org/projects/Pages/energy-and-climate-change-in-the-2016-election.aspx). 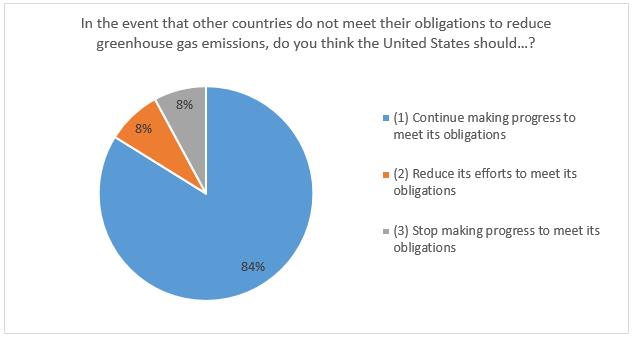 For more resources on the environment, visit our Topics at a Glance page that offers prepared iPOLL and dataset searches, issue briefs, featured datasets, and data charts. Anna Arzrumtsyan is a data processor at the Roper Center.