A Hero's Welcome: The American Public and Attitudes Toward Veterans blog 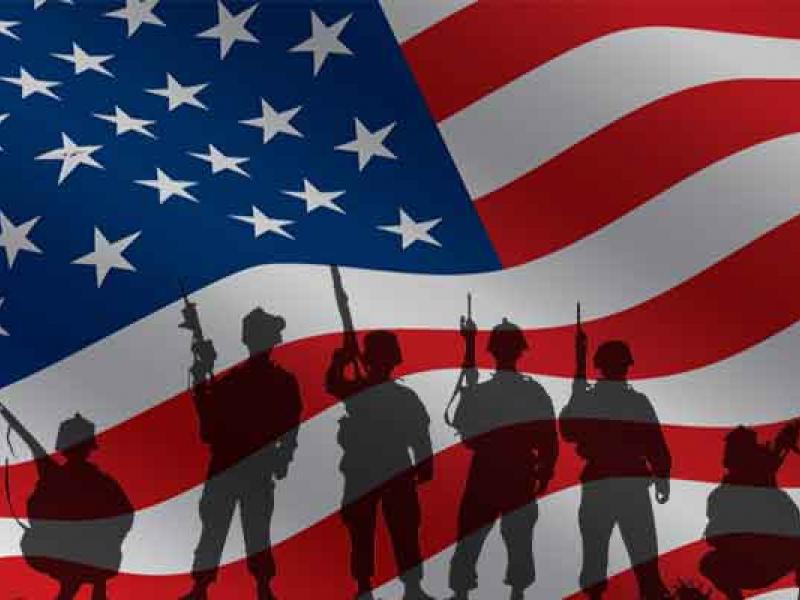 Americans have long been united in the belief that former soldiers deserve respect and honor. But the question of what exactly the government owes its veterans – and whether it is fulfilling those obligations – has been more controversial. A look at public attitudes about veterans’ benefits, from the Roper Center for Public Opinion Archives:

In 1946, Gallup asked a sample of veterans if the government had given them, as veterans, all the help they thought it should. Strong majorities of those who saw combat in WWI (75%) and WWII (69%) said that it had. In July 2011, Pew again asked veterans this question, and again a majority (61%) said yes. These differences may be less than they appear due to changes in survey methodologies. In any case, majorities of veterans believed the government had treated them fairly.

In contrast to the consistency of veterans’ views, polls conducted in 1947 and 2013 indicate that a significant share of the public has come to believe that soldiers deserve more than what they get. While about a third of the public in 1947 thought benefits were not adequate, 58% thought so in 2012.

Changing attitudes about benefits: The World Wars to Vietnam

WWI veterans received minimal benefits from the government. Those who were not disabled in combat received, as the Veteran’s Administration today describes it, “little more than a $60 allowance and a train ticket home.” The years between the WWI and WWII were marked by ongoing debate around what government owed veterans, particularly during the Depression, when many vets were desperately struggling – as were so many others as well. During the post-WWI years, former serviceman lobbied for and won new benefits, only to lose them again, then once more have them reinstated. Overall, the public in the late 1930's supported increasing veterans’ benefits, but within limits. A strong majority in a 1937 Gallup poll were in favor of pensions for veterans, but in a 1938 poll, 56% said pensions should not be provided to the widows and children of veterans who died of non-combat related causes.

With the passage of the GI Bill in 1944, vet benefits were extended to include unemployment compensation, education, job training, and guaranteed home and business loans. Again, most of the public wanted to see soldiers rewarded for their service, but there were reservations about the degree, perhaps due to economic concerns about providing broad benefits to veterans after a war in which over 12 million Americans had served. Support for money for education was high, but the public was split on the idea of offering veterans a federal bonus. A 1949 Gallup poll asked the public if all WWI and WWII veterans should receive a $90 a month pension when they turned 65 – the approximate equivalent in today’s dollars of $885. A 59% majority approved, while 35%, a substantial minority, disapproved. A 1953 Gallup poll found that 49% did not believe that veterans should receive medical care from the government for non-war-related health problems; 45% said they should.

Most benefits of the GI Bill continued to be available to soldiers returning from Vietnam, but many did not believe Vietnam vets got a fair break. This may be due to a confluence of multiple factors: the failure of the government to compensate soldiers suffering from Agent Orange exposure, payment-level decreases related to overall government cutbacks, failure to increase payments to match inflation, and the slow government response to veterans suffering from PTSD. The last of these was an area where the public saw vets particularly in need.

A 1979 poll found that a third of Americans believed veterans of the Vietnam era had been given fewer benefits than veterans of WWII or Korea, while 35% said they received the same. Even equal benefit levels might not have been sufficient in the public’s mind, however, since Vietnam vets were perceived by a majority as having more serious problems than vets from earlier conflicts. A 1990 Gallup poll found 64% believed that Vietnam veterans had not been treated well by the US government in the years since the conflict.

The public supported a wide range of benefits for Vietnam veterans. A 1979 poll found majorities favoring the U.S. government providing psychological counseling (94%), money for education (93%), career advice (77%), even counseling and training for vets in prison (68%). This high public support for government programs to assist Vietnam veterans stands in direct opposition to the widespread perception that these veterans were not properly honored by the American people. A 1985 CBS News/NYT poll found 84% saying that veterans of Vietnam did not receive as much respect from other Americans as veterans of WWII. But the polls fail to reveal negative feelings toward Vietnam veterans among the general public, as least by the time such questions were asked. In the same CBS poll, 94% said Vietnam vets should have received the same respect. Ninety-seven percent in a 1979 poll agreed that veterans who served during the time the Vietnam War was going on deserved respect for having served their country in the armed forces.

The all-volunteer army and a grateful public

Strong support for veterans and a willingness to provide them with any needed assistance has become, in the years since the draft was ended, a central tenet of American values. Strong majorities support a variety of government measures to improve the lives of veterans, and almost no one thinks spending on vets should be decreased. Overall, Americans seem to be aware that current public support for veterans is relatively high. Only 20% in a 2007 WNBC/Marist poll thought that soldiers from the Iraq War had gotten less respect than servicemen from previous conflicts; 43% say about the same and 37% say more.