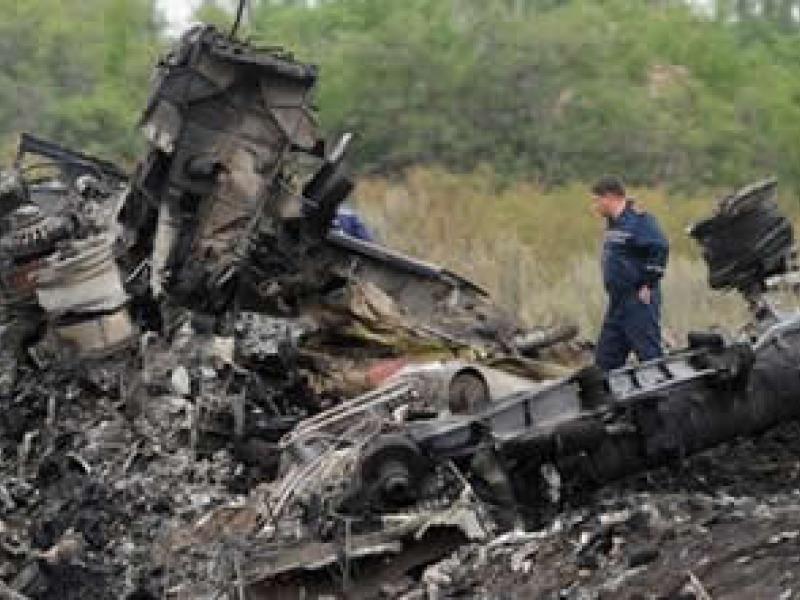 The tragic crash in eastern Ukraine of Malaysia Airline Flight 17, a Boeing 777 carrying 298 people, marks the second catastrophic event this year for Malaysia Airlines. Ukrainian officials report that the plane, carrying 283 passengers and 15 crew members, was shot down by a surface-to-air missile system. While the pro-Russian rebels deny any responsibility, the Ukrainian government maintains that the pro-Russian separatists fighting to join East Ukraine with Russia shot down Flight MH17 with Russian aid. There is speculation that the rebels mistakenly identified Flight MH17 as a Ukrainian military plane, as several such planes have previously been shot down in the fighting.

A CNN/ORC poll conducted July 17-20 found that the majority of Americans (80%) believe it is either very or somewhat likely that the missile that caused the crash was launched by a separatist group. A third (34%) hold Russia directly responsible for the crash, while a 51% consider Russia indirectly responsible. Nonetheless, only 9% want the U.S. to take military action, while 71% want sanctions, and 19% no action at all.

The MH17 incident does not mark the first occasion in which a civilian airliner has been shot down by military forces. In 1983 the Soviet air force shot down Korean Air Lines Flight 007 after it accidentally flew over Soviet air space on its way from Anchorage, Alaska to Seoul, South Korea. That incident, in which the Soviets mistook the aircraft for a spy plane engaging in hostile actions, damaged US-Soviet relations severely, compounded by the Soviets denying responsibility for the attack initially. At the time, 88% of Americans viewed the disaster as a serious threat to world peace, with 90% also feeling that the Soviets were not justified in shooting down the plane even though it had crossed into their airspace. A CBS News/NYT Poll two weeks after the incident found that 78% believed the pilots had simply made an honest mistake and did not intend to fly into Soviet airspace. In the month following the incident, 58% of Americans positively rated President Reagan's handling of the issue, and 50% favored cancelling an agreement to sell $9 billion dollars of grain to the Soviets. An isolated incident in New York and New Jersey in which officials denied the Soviet foreign minister the right to land at their municipal airports garnered the support of 75% of America, underlining the Cold War animosity between the two superpowers. However, Americans stopped short of calling for significant diplomatic and military actions, with six in ten against breaking off diplomatic relations with Russia or calling off arms control talks. On July 3, 1988, the USS Vincennes shot down Iran Air Flight 655 over the Strait of Hormuz in the Persian Gulf. In that case, the Vincennes had engaged the Iranian Navy in disputed waters in the Strait of Hormuz and pursued the Iranian speedboats into Iranian waters when Air Flight 655 flew into the area. The USS Vincennes mistakenly shot it down, claiming it appeared to be a hostile aircraft. ABC News/Washington Post Poll taken that month found that while three-quarters of Americans believed Iran should receive most of the blame for the incident, about 6 in 10 thought that the United States should apologize to Iran for the incident.

Air Safety in the Wake of Disaster

The Malaysia Airlines Flight 17 tragedy comes on the heels of another Malaysia Airlines disaster earlier this year in which flight MH 370 disappeared over the Indian Ocean in March. The plane has not yet been recovered. A poll conducted shortly after the incident found consumer confidence in the airline industry as a whole remained unshaken, with 73% saying they felt that the safety of commercial flight was good or excellent. The public has been asked to rate the safety of commercial airline travel after several major plane crashes since 1985. During this time, two-thirds or more gave positive ratings despite the events in question, with one exception: shortly after 9/11, positive ratings of the safety of air travel dropped to 56%.