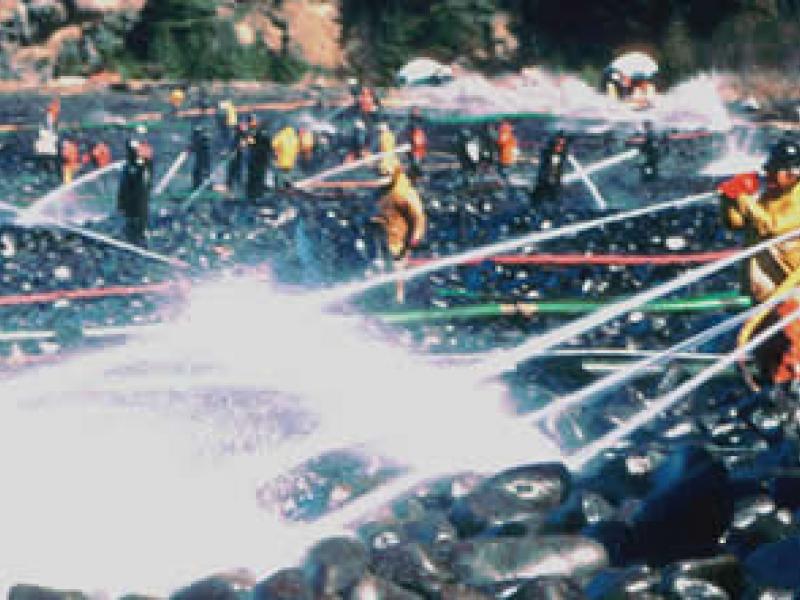 Monday, March 24, 2014 marked the 25th anniversary of one of the worst environmental disasters in America's history. The oil tanker Exxon Valdez struck a reef in the Prince William Sound off the coast of Alaska, spilling approximately 11 million gallons of oil into the Pacific Ocean. This had lasting effects on the area's wildlife and ocean habitat. Over 2 billion dollars was put into the cleanup efforts that continue to this day. A little over a year after the accident, 80% of Americans favored new safety rules and emergency cleanup teams to be put in place at all major oil facilities even if it meant a rise in gas and oil prices (May, 1990 AP/Media General Poll). Over the next ten years polling indicated that little was done by the government to demonstrate to Americans that such a disaster would be prevented in the future, and most suspected such a disaster would occur again. In March of 1999, ten years after the incident, a Gallup survey found that nine of ten Americans believed that a similar situation was likely to occur again.

Areas Impacted by Exxon Valdez Oil Spill The American public was proved correct in 2010, when over 200 million gallons of oil spilled into the Gulf of Mexico following an explosion at a British Petroleum (BP) drilling platform. The spill lasted a total of 87 days and was the worst environmental disaster to afflict America in modern times. Damage to the ecosystem was far greater than the Exxon-Valdez spill due to the larger amount of oil that was spilled.

Areas Impacted by BP Oil Spill Polls conducted within months of both incidents show that Americans were not likely to stop purchasing gas from either company as a result of their connection to these disasters. In May 1989, a Time/CNN poll found that 72% of Americans said they had not stopped nor considered stopping their patronage of Exxon gas stations. Similarly, in June 2010, 53% of Americans said the BP spill had no effect on which gas station they choose to get their gasoline (CBS News/New York Times Poll). In both polls a majority of the general public had no plans to stop purchasing from either company as a consequence of their respective accidents. By way of contrast, in a Gallup poll conducted in June 2010 regarding President Barack Obama's action against BP, 71% of Americans thought he wasn't being tough enough on the oil company and its executives.

Further study into public opinion about the role of the public and the government in fostering corporate responsibility for such accidents can be facilitated using iPOLL, the world's most comprehensive, up-to-date resource for US polling data.

Tara Butricks is an undergraduate student at the University of Connecticut, majoring in history and political science. She is a member of the iPOLL Processing Team, primarily responsible for data entry, quality review, and contributing to the Power of iPOLL series, which demonstrates iPOLL's value as a tool to support public opinion research across a wide variety of disciplines.