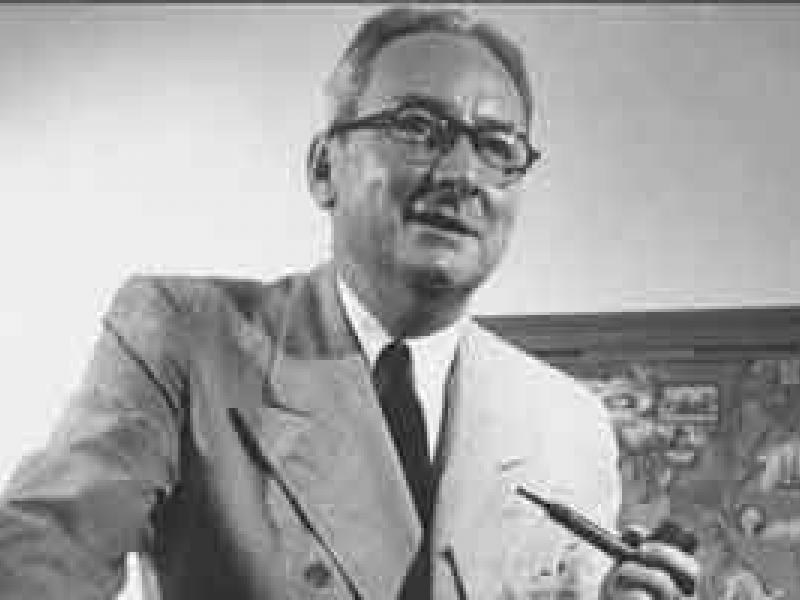 Under the direction of survey pioneer Elmo Roper, the Roper Organization conducted the landmark Fortune studies: over seventy survey projects undertaken between 1938 and 1949. These were formative years for both public opinion research and for America at large. The success and scope of these polls secured Roper as one of the forefathers of the field. The most prominent feature of this collection is the wide range of questions about World War II. Read about questions posed less than a year before the outbreak of war, asking Americans how they felt about the "war in Europe" and the leadership of Benito Mussolini. One poll conducted in September 1939 captures the public mood right as war began. Who were Americans rooting for during the conflict? What territories did they think should be defended by troops? What did they think would ultimately lead the United States into the war, if anything? Should the government sell supplies to the Allies, even if they couldn't pay us back? A poll conducted in December 1941 coincides with the attack on Pearl Harbor, which compelled the US to join the war. How did Americans feel about this attack? Would they be willing to work more hours without pay during this emergency? What should be done about the conscientious objectors? Many questions deal with Adolf Hitler and his conquest in Europe, and what to do with the German nation upon an Allied victory. Naturally, there are also many studies that focus on Franklin Delano Roosevelt's four terms as president. Questions are asked about his job performance, the New Deal, voter preferences in the elections, and his wartime policies. Is serving more than two terms a good or bad idea? Which political party would best keep the Americans out of war? Explore the public's opinions about one of America's most iconic presidents in this collection. Additionally, FDR even hired Elmo Roper and his organization to conduct polling on his behalf after Roper's election predictions proved correct. There are a host of other topics covered in these surveys, ranging from social issues to labor unions to gender differences. To what extent should free speech be protected? How were communists perceived on the eve of the Cold War? Did Americans support or reject the Marshall Plan? Who did they blame for labor strikes, the workers or the employers? Should large corporations be broken into several different, smaller companies? There are several questions dealing with race and racial differences, even asking which nationalities were "best" and which were "worst." What opinions did Americans have of Jewish people, before the war and its atrocities were known? A unique survey of women features questions about marriage, work life, morality, and sexuality. The documentation for many of the studies also features specifications given to the interviewers, regarding the wording and reasoning behind the questions. Scholars researching the history of polling and metadata should find this additional material illuminating. Explore all that the historical Roper Fortune collection has to offer.

In addition to the Roper Fortune studies, the Roper Organization conducted Roper Commercial polls from the earliest days of polling for four decades. These polls focused on a wide range of topics, from consumer behavior to elections. From the 1970s through the 1990s, the Roper Organization, later Roper ASW, produced Roper Reports polls that were equally broad in scope, covering subjects including whether women in public office would do better than men, how public schools should handle having large numbers of Spanish-speaking students,  whether robots would lead to unemployment, and how Russia and the U.S. compared in military capability.

Time-series data from Roper Organization and Roper ASW polls were compiled and cleaned through the efforts of a joint research team, headed by Professor Henry Brady of the University of California-Berkeley and Professor Robert Putnam of Harvard. The Roper Social and Political Trends Data, 1973-1994 served as one of three primary datasets used extensively in the research reported in Putnam’s Bowling Alone: Collapse and Revival of American Community. This unique resource includes selected items from 207 public opinion surveys, with more than 400,000 unique respondents included in this cumulative file. Each survey contains a twelve-item battery of questions about participation in political and social activities as well as information about respondents' demographic characteristics. With varying frequency, these surveys also include a wide range of other social and civic activities ranging from volunteer work to church attendance to dinner with friends.

Roper Reports is now part of GfK and focuses on research into consumer behavior.