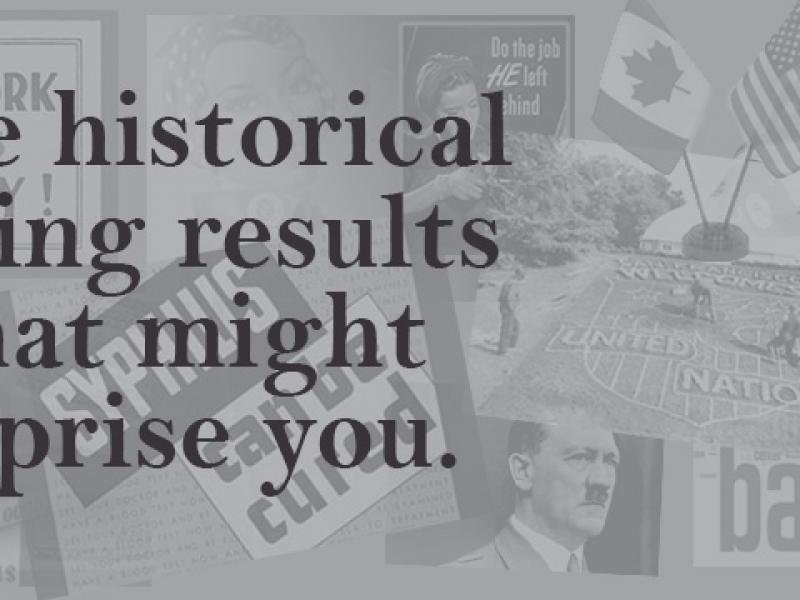 Draft Rosie the Riveter - then fire her 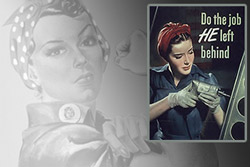 In March, 1944, Gallup asked a war-weary country whether they preferred the army to "draft 300,000 single women aged 21-35 for the WACs for non-fighting jobs" or "the same number of married men with families for the same work." Americans overwhelming said they would rather draft single women (76%) than fathers (16%). Women were employed in ever more important roles in both non-combat military jobs and wartime industry, so the idea of women filling these positions was not new or shocking. Men, moreover, were still seen as the primary family breadwinners and heads of household and therefore essential at home. The centrality of men's earnings was clear when the public was asked what to do with female war workers after the war was over. In a 1944 ORC poll, 48% said factories, when deciding whom to keep on for peacetime jobs, should fire women workers. Another 36% said factories should fire them unless they were war widows, had dependents, or there were plenty of jobs - for the men, that is. 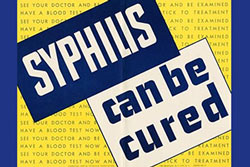 Films, books, and television could give the impression that polio was the biggest health problem facing the country in the prewar years. But it was a more taboo disease that the public saw as the most serious in 1940: syphilis. Nearly half of the country in a Gallup poll chose syphilis as the most serious public health problem from a list of public health issues. Cancer was the second most-selected at 29%. 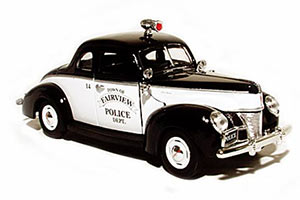 Despite widespread gun ownership - 49% in a 1959 Gallup poll - the mid-century years were not particularly supportive of handguns. In the same poll, 60% of Americans supported a law which would forbid the possession of pistols and revolvers by everyone except police. 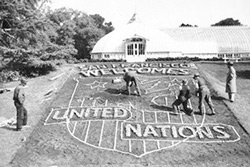 Fearful of yet another world war, the American public in the mid-forties was willing to consider giving up a significant portion of the nation's power to an international authority. Fifty-four percent in a 1946 Gallup poll said the U.N. "should be strengthened to make it a world government with power to control the armed forces of all nations, including the United States." 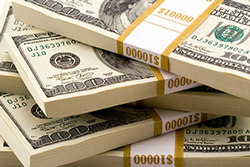 The Great Depression continued to affect Americans' attitudes years after its official end. Polls in the forties revealed significant distrust of the accumulation of wealth in the hands of a small number of people. A 1943 Office of Public Opinion Research survey found a significant minority of 40% who thought it was a good idea to set a cap on the amount of money any one person could get in one year.

The United States of Canada 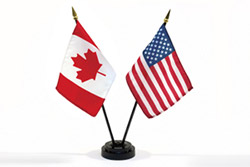 In a 1942 poll, a 46% plurality of respondents in a U.S. Gallup poll thought it would be a good idea to merge the U.S. and Canada to form one country. 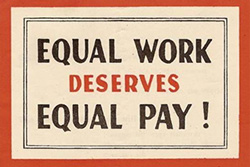 The pay gap between women and men still exists in 2015, but the fairness of equal pay for equal work has appealed to Americans for a long time - a very long time. In 1946, a Roper/Fortune survey asked if there was often a good reason why women were paid less than men for doing the same job, or whether women should always be paid the same. Seventy percent of Americans supported paying women at the same rate as men; only 24% believed there was often a good reason not to. 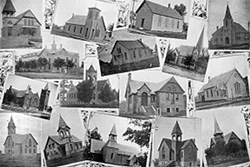 The United States has long been home to a great variety of religious affiliations. At one time, a significant minority of the country thought it would make sense to merge the large number of Protestant denominations into a single U.S. Protestant church. Forty-four percent of Americans supported this idea in a 1937 Gallup poll. 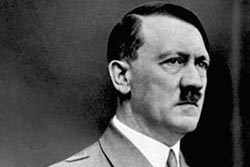 Adolf Hitler killed himself on April 30, 1945. But doubt was spread for some time by the Soviets, who claimed that he had survived and was living in the West. In 1947, The Last Days of Hitler was published, a book written by Hugh Trevor-Roper, historian and former British intelligence official, at the request of the British government. The book documented Hitler's suicide in an underground bunker in Berlin, but many Americans remained unconvinced. Forty-five percent of the country said in a 1947 Gallup poll that they believed Hitler was not dead.

Interested in more historical polling? The Roper Center archive holds polls back to 1935. Search iPOLL by date, or use Topics at a Glance to explore data on World War II, the Civil Rights Movement, Vietnam and more.