These reports, which have not previously been available digitally, come from the United States Information Agency. Also known as the U.S. Information Service (USIS), the USIA was a foreign affairs agency in the executive branch of the U.S. government with a charge to explain and support U.S. foreign policy, interests, and values abroad. The agency was established in 1953 by President Eisenhower. USIA was responsible for a number of important U.S. projects during the Cold War, including Voice of America radio, the Fulbright Scholarship program, speaker series, the publication of magazines and newspapers, the filming of documentaries, and the design and operation of U.S. pavilions at world expositions.

The survey research function of USIA supported all these efforts while informing diplomatic services of public opinion of the U.S. in countries around the world. Roper’s collection of over 1259 USIA datasets from the 1950s to the early 2000s includes data from more than 75 countries. These surveys measured responses to the specific projects of the USIA, including radio, world’s fair exhibits, and publications. But the surveys also investigated attitudes towards democracy, free speech, Communism, the Soviet Union, the SALT treaties, race relations in the U.S. and international trade and economic issues.

The USIA Digital Report collection is a group of 720 reports based on USIA survey work.  The collection spans the globe, written for the use of agency officials.  Each of the individual reports has been scanned into PDF format, and includes all pages, cover to cover--all text, charts, and maps.  Some of the reports have hand-written notes in the margins from the analysts who received the reports. It is a singular digital collection that complements the associated USIA Survey collection already available through the Roper Center archive.

Up to 10 reports can be obtained by Roper Members for free by clicking this link Request for USIA Reports, and sending the email to Roper Data Services. Please include the name, country, and Roper_id number from the Finding Guide. For non-members there is a $49 per report digitization fee and a minimum order of three reports. Email us for bulk digitization rates.

There are a total of 37 multi-region reports spanning the years 1958-1978. THe button below is a link to a table of the report titles, country of origin/topic and date.

There are 33 studies in Africa, ranging from 1958-1978. The button below is a link to a table of the report titles, country of origin/topic and date.

There are 174 studies in Asia spanning from 1955-1978. The button below is a link to a table of the report titles, country of origin/topic and date.

There are 317 reports from European countries ranging from dates 1946 to 1978. The button below takes you to a table of the report titles, country of origin/topic and date.

There are 131 studies with scanned reports from Latin America and the Caribbean, spanning the years 1955-1978. The button is a link to a table of the report titles, country of origin/topic and date.

There are 27 studies with scanned reports from the Middle East, spanning the years 1951-1978. Here is a link to a table of the report titles, country of origin/topic and date.

There is a single study in the United States with a scanned report from 1958.

Researchers interested in USIA reports from the 1970s onward should also consult the digital collection created by Professor Richard Eichenberg and Andrea Schuler, Librarian for Digital Collections at Tufts University’s Tisch Library. Their collection of eighty-seven reports focuses on European opinion from 1975 through 2004.

Physical copies of these reports are also preserved at the National Archives and Records Administration (NARA). 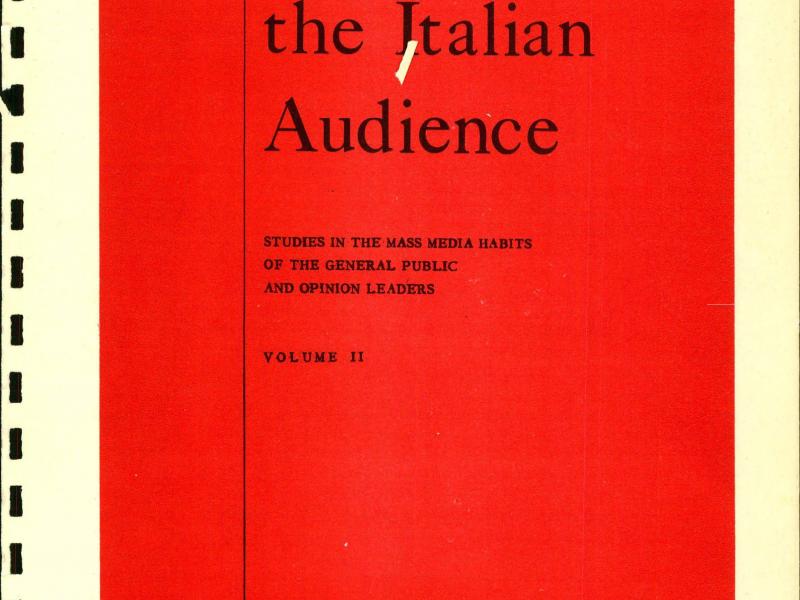 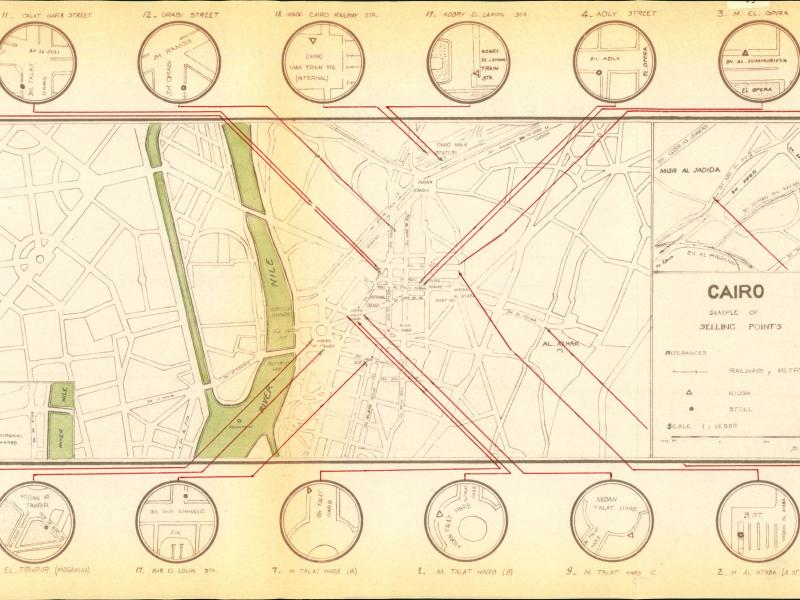 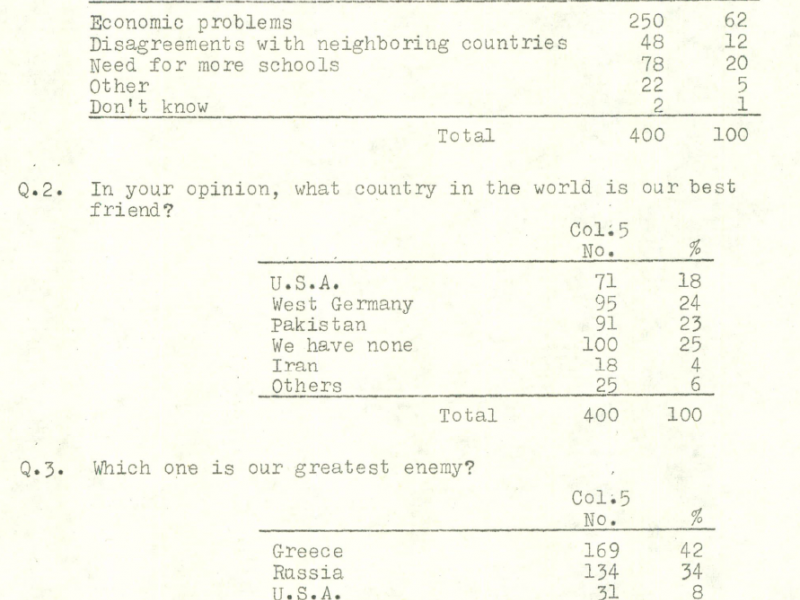 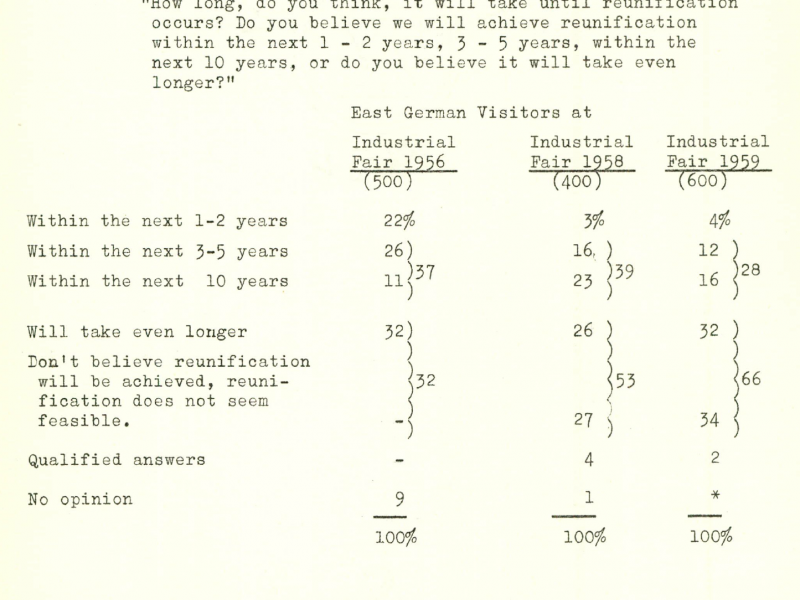 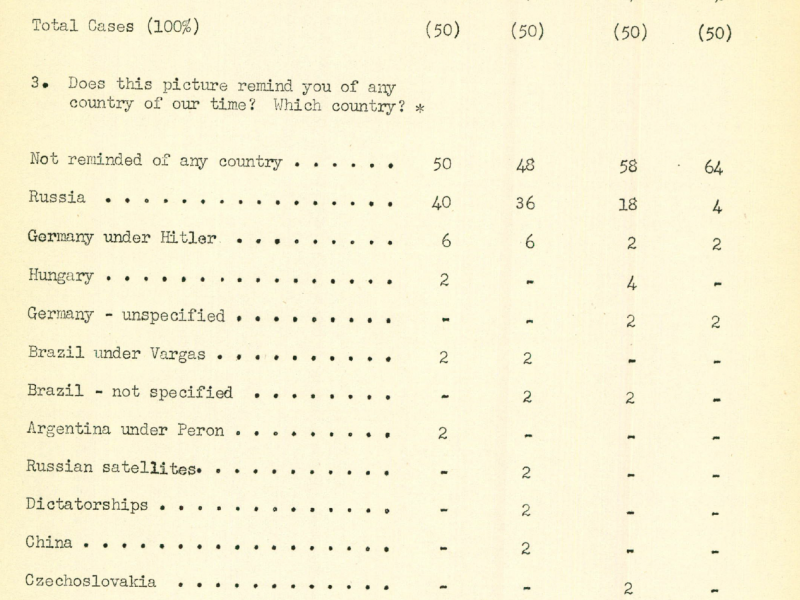 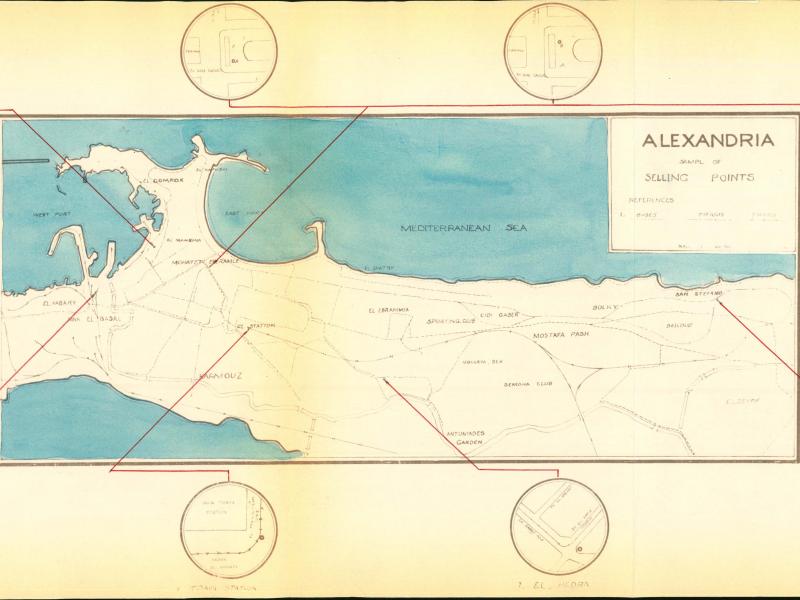 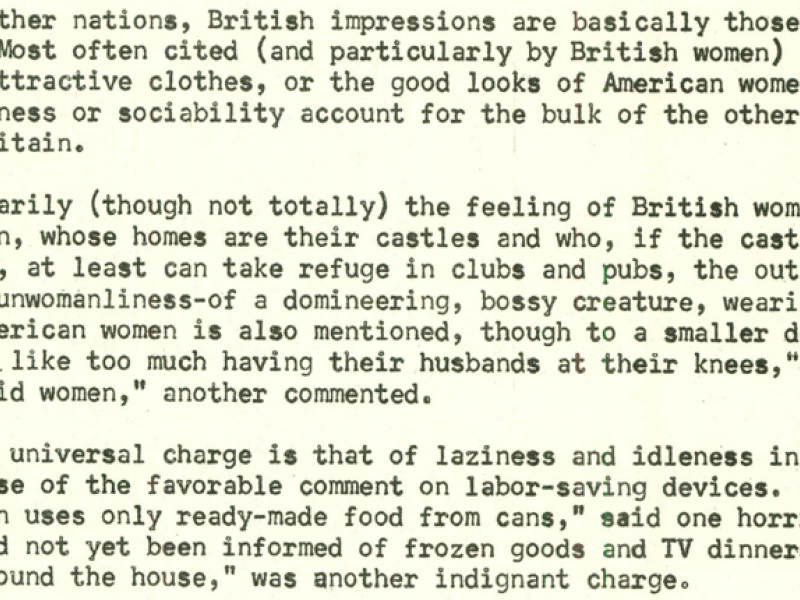 The Image of American Youth and American Women in Western Europe

These samples include the table of contents, random analysis pages, and example charts and tables. They have had pages removed for formatting and presentation purposes.

Look Inside -- The Semantics of Socialism and Capitalism